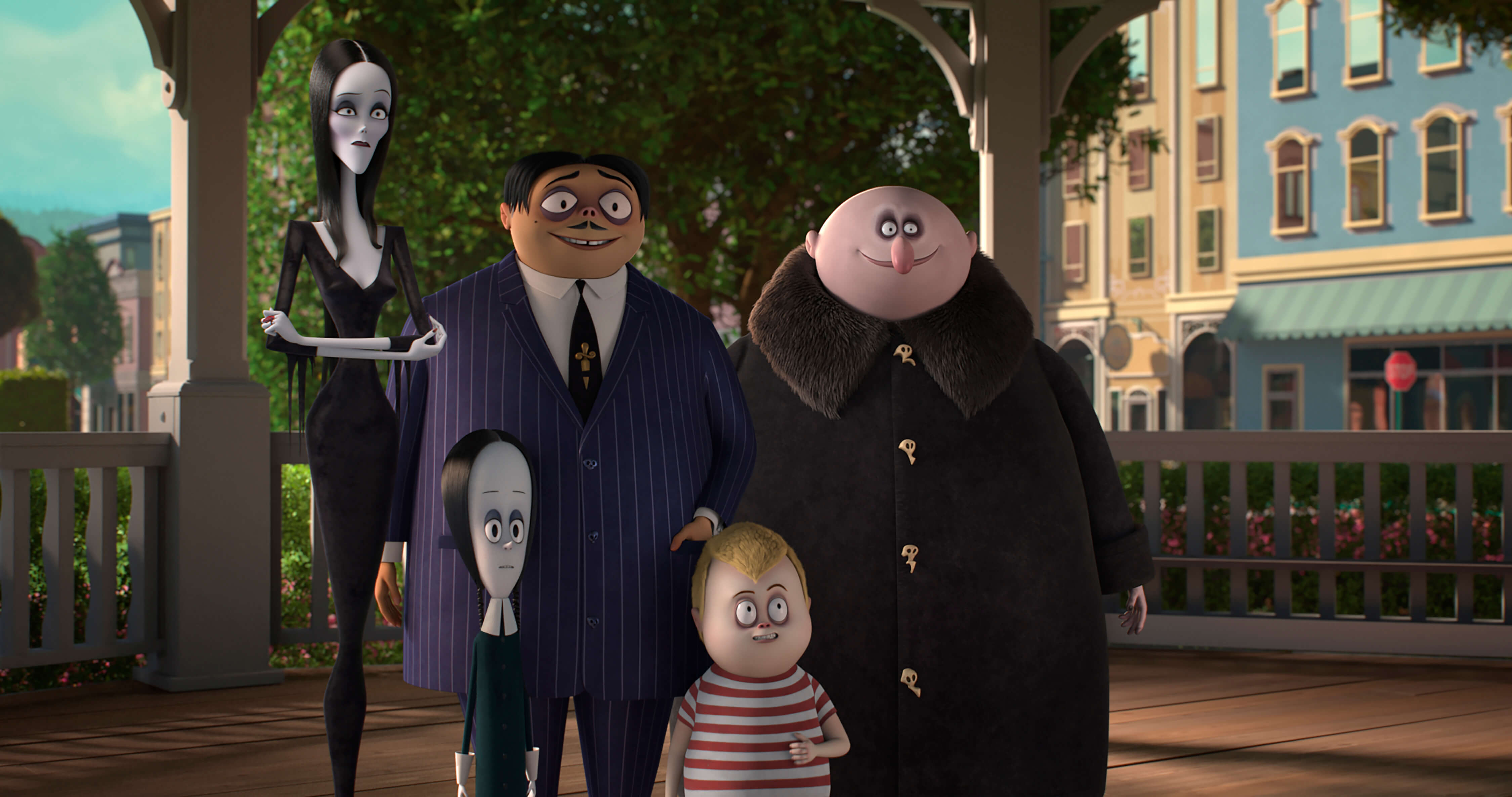 Those creepy, kooky, mysterious and spooky characters from the imagination of Charles Addams receive the big-screen animated treatment in “The Addams Family” (MGM).

This is the eighth time that Addams’ unique brand of humor — twisted, macabre, but overall good-natured, as showcased in his 1930s cartoons for The New Yorker magazine — has been adapted, including a beloved 1960s television series and three live-action films.

Perhaps they should have stopped at lucky seven.

Despite impressive animation and a preponderance of puns, “The Addams Family” is, alas, not very funny. Jokes fall flat as directors Conrad Vernon and Greg Tiernan (venturing into family-friendly territory after 2016’s deeply offensive “Sausage Party”) lurch — no pun intended — from scene to scene. They’re not much aided by Matt Leiberman’s bland, boring and derivative screenplay.

It’s a pity, since expectations are huge, given that the cast of characters (and the catchy theme song) are so familiar and memorable. Here Gomez (voice of Oscar Isaac) and his wife, Morticia (voice of Charlize Theron), have moved their eccentric family to a haunted house in New Jersey (a nod to Addams’ home state).

Parenting issues are the main concern. Daughter Wednesday (voice of Chloe Grace Moretz), draped in gray and black (the family’s preferred hues), longs to expand her horizons and see what lies outside the fence that surrounds their fog-shrouded mansion. Son Pugsley (voice of Finn Wolfhard) is struggling to pass a complex sword ritual required of every Addams male when he reaches a certain age.

Lurking in the background are a gaggle of ghouls including creepy Uncle Fester (voice of Nick Kroll), nutty Grandma (voice of Bette Midler), and grumbling butler Lurch (voiced by co-director Vernon), who plays a mean duet on the organ with Thing, a disembodied (yet hyperactive) hand.

As Pugsley continues his training — stabbing everyone in sight — Wednesday ventures down the hill and meets Parker (voice of Elsie Fisher), a “normal” girl in a technicolor world. Despite being a fish out of water, with her gothic appearance and dour demeanor, Wednesday joins Parker on a visit to the mall and to her public school, where Wednesday draws the ire of the mean-girl clique.

Meanwhile, Parker’s mother, Margaux Needler (voice of Allison Janney), a TV home-improvement personality, has designs on the Addams clan. Margaux has built her dream community of prefabricated, color-coordinated homes, aptly called Assimilation. Everything is pitch-perfect, except for that hideous mansion overlooking the town inhabited by people who are “different.”

“The Addams Family” ventures into “Beauty and the Beast” territory as Margaux rallies her denizens to storm the hill and oust the freaks. The Addams don’t go down without a fight — and the predictable upshot is a heavy-handed lesson in diversity and the need to respect others.

Since the movie’s dark humor could easily be misinterpreted by young viewers — playtime for Wednesday and Pugsley involves knives, guillotines, electric chairs and explosives — “The Addams Family” is best reserved for mature teens and grown-ups.

The film contains macabre and suggestive jokes and non-perilous action sequences. The Catholic News Service classification is A-II — adults and adolescents. The Motion Picture Association of America rating is PG — parental guidance suggested. Some material may not be suitable for children.

Share This Post
Catholic Schools, Marriage and Family, movie reviews, Youth and Young Adults, 'The Addams Family'
See More
Last Article
Archives month
Next Article
The sins of the past
Back to Vermont Catholic Magazine