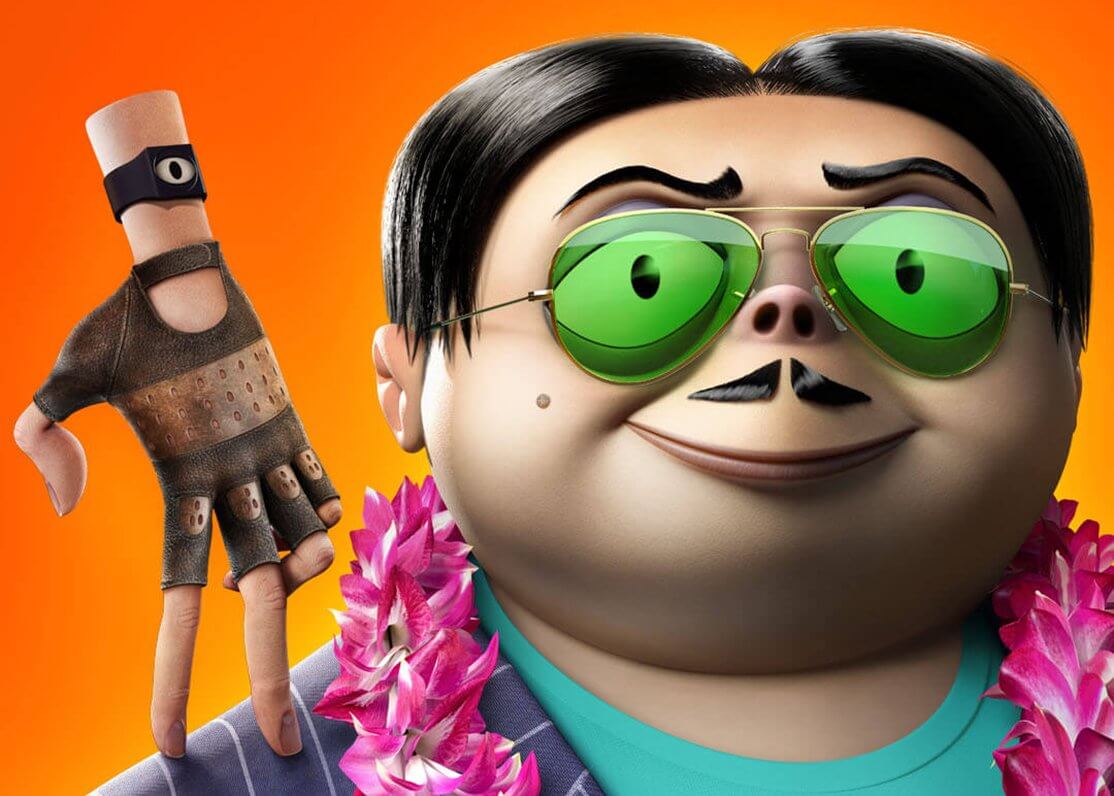 Photo Credit: CNS photo/MGM - This is a movie poster for "The Addams Family 2."

In the animated comedy “The Addams Family 2,” the beloved characters from the imagination of Charles Addams are as creepy, kooky, mysterious and spooky as ever, and the humor remains dark and macabre, but overall good-natured.

In other words, this dreary animated sequel to the 2019 film offers more of the same, despite a team of four new screenwriters and returning directors Greg Tiernan and Conrad Vernon.

As in the previous film, parenting issues take center stage. Gomez Addams (voice of Oscar Isaac) and his beloved wife, Morticia (voice of Charlize Theron), are worried about their kids, Pugsley (voice of Javon Walton) and Wednesday (voice of Chloe Grace Moretz).

Pugsley is unlucky in love, lacking confidence with girls. Uncle Fester (voice of Nick Kroll) gives him pointers on, as he says, “how to be repulsive and impress girls.” He should know, due to his very public bowel issues.

Wednesday spends her day finding new ways to torture her brother and her schoolmates. She craves solitude, noting, “I’ve been social distancing since birth.”

Morticia and Gomez are spooked when a creepy lawyer named (appropriately) Rupert Strange (voice of Wallace Shawn) appears on their doorstep, claiming to have evidence that Wednesday is not their daughter. Switched at birth, she could be the spawn of his brilliant scientist son, Cyrus Strange (voice of Bill Hader).

The parents decide it’s high time to get out of Dodge and take the family on a road trip across America, with Thing, the disembodied hand, driving the bus. Joining the tour are dedicated butler Lurch (voice of Conrad Vernon) and hirsute cousin Itt (voice of Snoop Dogg), both as incomprehensible as ever. Grandmama Addams (voice of Bette Midler) stays behind to throw a raucous house party.

Stops along the way include the expected (Sleepy Hollow, Death Valley) and the unusual (Miami, San Antonio). At Niagara Falls, the family gleefully jumps into barrels and careens over the falls. Pyromaniac Pugsley manages to blow up the Grand Canyon.

When Wednesday discovers the true reason for their flight, she decides to investigate on her own, running away to the Strange laboratory in California.

Lurching (no pun intended) like a Looney Tune from one location to the next, “The Addams Family 2” runs out of gas (and humor) long before the road trip ends. As young viewers could misconstrue the characters’ fondness for torture and weapons, the film is best reserved for mature teens and grown-ups.

The film contains macabre and suggestive jokes and nonperilous action sequences. The Catholic News Service classification is A-II — adults and adolescents. The Motion Picture Association rating is PG — parental guidance suggested. Some material may not be suitable for children.