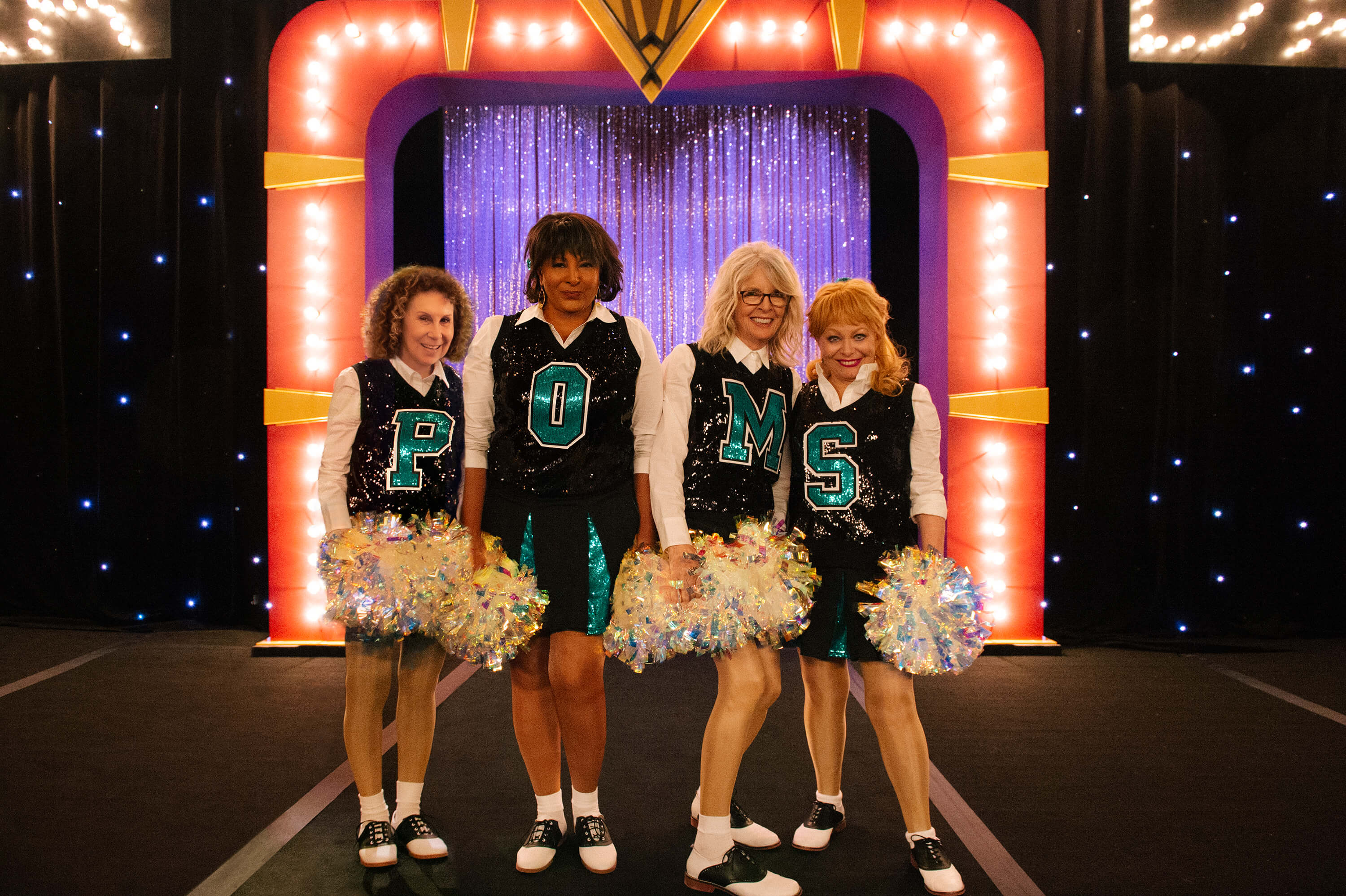 Moviegoers turning to the senior-themed comedy “Poms” (STX) in the hope of being treated to the kind of zingy dialogue and amusing antics that made the NBC sitcom “The Golden Girls” so popular will come away sadly disappointed. Though the filmmakers’ good intentions are evident, the outcome is feeble.

After being diagnosed with ovarian cancer and making the decision to forgo chemotherapy, retired teacher Martha (Diane Keaton) relocates to Sun Springs, a Georgia community for the over-55 set. Though she initially intends to keep to herself while preparing for death, her budding friendship with her extroverted new next-door neighbor, Sheryl (Jacki Weaver), soon has Martha rethinking her pessimistic plans.

As a girl, Martha’s burning ambition was to be a cheerleader. Though she eventually qualified, the need to care for her terminally ill mother prevented her from ever taking to the sidelines. Now, the fact that Sun Springs requires every resident to join at least one club, but also allows the formation of new organizations, inspires Martha to revive her dream.

Together with Sheryl, she sets out to recruit a squad of senior citizen shakers. As the duo hold auditions — Rhea Perlman’s Alice and Pam Grier’s Olive emerge as the resulting team’s most prominent members — director Zara Hayes and screenwriter Shane Atkinson find themselves in a dilemma of their own creation.

Even as it boosts the value of friendship and determination, “Poms” is also clearly intended to convey a message about the enduring abilities of the elderly. Yet the exigencies of humor require Hayes and Atkinson to exploit the incongruity of oldsters trying to imitate the litheness and inexhaustible pep of, say, the Dallas Cowboys Cheerleaders.

Perhaps a genius like Charlie Chaplin might have struck a successful balance between the humor and the pathos of Martha’s endeavor while upholding the dignity of the ensemble of characters she leads. The folks behind this project are not equal to that delicate and daunting task.

The unevenness of the narrative tone is only aggravated by a fairly realistic treatment of Martha’s declining state of health. It’s jarring to jump from the distressing sight of her retching into the toilet to the next installment of ostensibly merry mischief.

As Martha and her cohort struggle to overcome their physical limitations and the opposition of Vicki (Celia Weston), the snobby Southern belle who holds pride of place as Sun Springs’ power broker, the story arc follows a painfully predictable course while the slack pacing could use a dose of Geritol.

Romance finds a foothold via the ambition of Sheryl’s grandson, Ben (Charlie Tahan), to hold hands with Chloe (Alisha Boe), the real cheerleader who becomes the ladies’ coach. But the innocence of their bond is undercut by smirking remarks about how the collectors of Social Security by whom they’re surrounded still like to get saucy.

The film contains considerable sexual humor, a few uses of profanity, a couple of mild oaths, about a dozen crude terms, a handful of crass expressions and an obscene gesture. The Catholic News Service classification is A-III — adults. The Motion Picture Association of America rating is PG-13 — parents strongly cautioned. Some material may be inappropriate for children under 13.