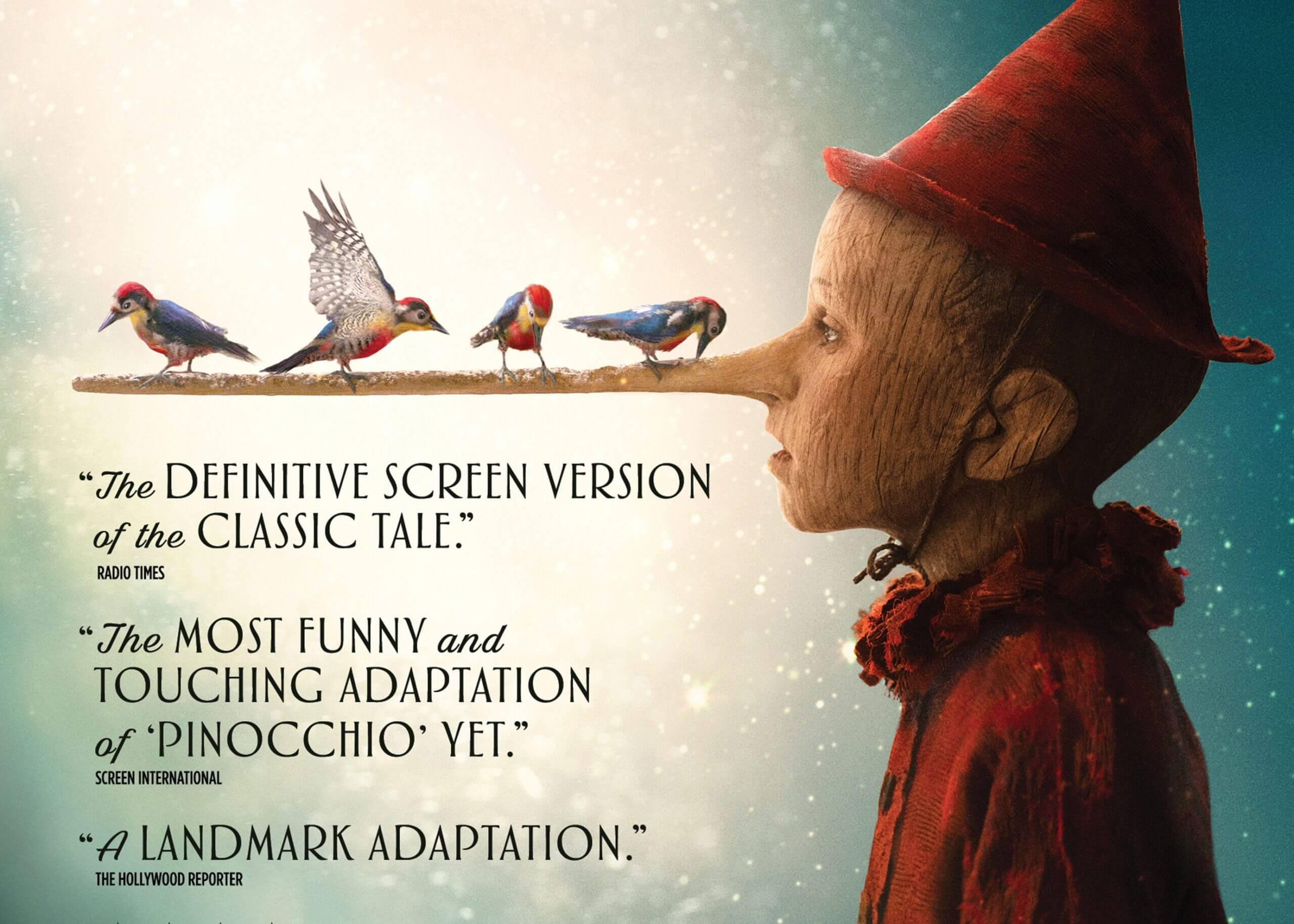 Photo Credit: CNS/Roadside Attractions - This is the movie poster for "Pinocchio."

This is the movie poster for “Pinocchio.”

‘s 1883 novel — which he also who co-wrote with Massimo Ceccherini — is scrupulously faithful to the grotesqueries of its source material. As such, it falls well short of what anyone might regard as straightforward family entertainment.

Adult viewers might be piqued. But for children, a warning label is in order.

Perhaps that’s no surprise. Even the sentimental 1940 Disney cartoon adaptation failed to disguise the gloomy elements of the tale, and in some sequences — the transformation of misbehaving boys into donkeys, plus Monstro the whale — it considerably enhanced the terror.

Likewise, the old-time fairy tales never scrimped on mortal danger as a key element of their lessons. Yet it still seems excessive that here, for the entirety of the movie, the carved wooden marionette of the title (Federico Ielapi) keeps wailing, “I don’t want to die!” Nor is he merely crying wolf.

Peril comes in the form of fire — at one point, Pinocchio, warming his feet, sets his calves aflame, leaving him with smoking stumps for legs. In another scene, he’s nearly pushed into a cooking fire.

Later, we see him hanging from a tree branch in a way that evokes a lynching. There’s an attempted drowning and, when he’s swallowed up by a gigantic dogfish, inside it he encounters a phlegmatic talking tuna (Maurizio Lombardi) who advises him to accept death stoically, while hinting, nonetheless, that he can help rescue the newcomer.

Grillo Parlante, a large talking cricket (Davide Marotta), delivers warnings Pinocchio cheerfully ignores. As a result, he has to be rescued over and over by the Fairy with Turquoise Hair (Alida Baldari Calabria as a child, Marine Vacth as an adult). She advises Pinocchio to develop the discipline to return to school so he can perhaps turn into a real human who can age alongside her.

Geppetto (Roberto Benigni), the woodcutter who is given a log with a strange human life force within it from which he carves Pinocchio, isn’t longing for a real son. Rather, struggling against degrading hand-to-mouth poverty in Tuscany, he simply wishes to make a puppet he can sell in order to survive. Having a son is a bonus, though, so he promptly sets about planning for Pinocchio’s education.

Pinocchio has no interest in studying and runs away as soon as the lure of show business appears in the form of a traveling marionette theater. Having done so, he’s endangered both by the troupe’s impresario, Fire-Eater (Gigi Proietti), and by his own deep, ingrained (as it were) streak of naivete.

Swindlers Fox (Ceccherini) and Cat (Rocco Papaleo), subsequently try to kill him for his coins. And Judge Gorilla (Teco Celio) fails to deliver justice in the case.

Eventually, of course, Pinocchio learns a lesson about the importance of empathy and sacrifice. But the journey that gets him there is dark one. Thus, it seems a stroke of pure genius that Jiminy, the Disney cricket, sang the moral of the story at the outset, offering viewers the promise of an uplifting ending.

The film is dubbed in English.

The film contains intense action sequences and frequent, potentially fatal, peril.  The Catholic News Service classification is A-II — adults and adolescents. The Motion Picture Association rating is PG-13 — parents strongly cautioned. Some material may be inappropriate for children under 13.

Share This Post
movie reviews, 'Pinocchio', Carlo Collodi
See More
Last Article
Are we ‘better than this?’
Next Article
9 Days for Life, National Prayer Vigil for Life
Back to Vermont Catholic Magazine