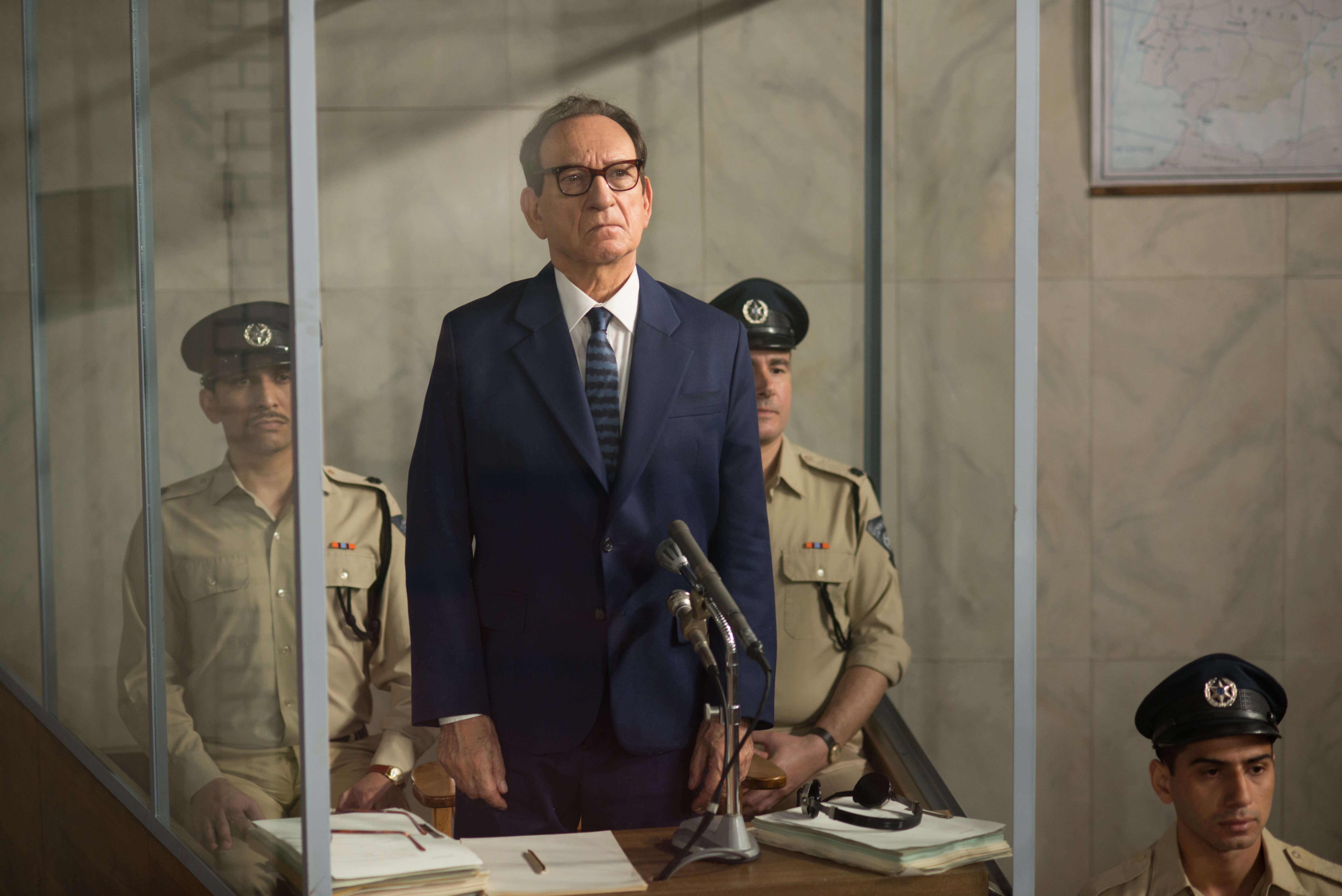 Photo Credit: CNS photo/MGM - Ben Kingsley stars in a scene from the movie "Operation Finale." The Catholic News Service classification is A-III — adults. The Motion Picture Association of America rating is PG-13 — parents strongly cautioned. Some material may be inappropriate for children under 13.

World War II movies are their own genre but not many film stories are told from the Jewish perspective. “Operation Finale” (MGM) corrects that lack, giving us a story, begun during the war but only finished years later.

Some of the Nazi leaders fled justice after the war by ending their own lives, as Hitler did. Many others were tried at Nuremberg. Some, however, escaped Germany. One such man was Adolf Eichmann.

“Operation Finale,” written by Matthew Orton and directed by Chris Weitz, details how he was captured and brought to justice for his role in the Nazis’ “Final Solution.”

Eichmann (Ben Kingsley) was one of the masterminds of the Holocaust, responsible for organizing the concentration camps and overseeing their “efficiency.” When a group of Israeli soldiers was sent to Austria in 1954 to kill Eichmann, they got the wrong Nazi and Eichmann made his way, with his family, to Argentina, settling in Buenos Aires. The Israelis never forgot Eichmann’s escape and in 1960, a Mossad agent (Haley Lu Richardson) in Argentina identified Ricardo Klement as Adolf Eichmann.

The film then becomes a spy thriller when Operation Finale commences. A group of undercover Israeli agents fly to Buenos Aires tasked with capturing Eichmann. Before leaving, the prime minister meets with the group and encourages them saying, “This is the first time in history we will judge our executioner.” Led by Peter Malkin (Oscar Isaac), the Mossad agents plan the capture very carefully. It’s really no spoiler since the film depicts a historical event to say that, successful, they take Eichmann to a safe house but unknowingly leave behind a clue to his capture.

Politics gets in the way when the group cannot get a plane out of Argentina without Eichmann’s written consent to stand trial in Israel. They’ve got 10 days to convince him to sign. Only the negotiator is allowed to talk to Eichmann, although the group takes shifts guarding him.

The heart of the movie happens when Malkin disobeys orders and starts having conversations with Eichmann. Isaac captures Malkin’s desperation with consummate skill, and Kingsley imbues Eichmann with a determination and smooth intellect that keeps the audience wondering, if he’s not such a bad guy after all.

The beautiful thing about this film is the respect and dignity that Peter Malkin shows to Eichmann and vice versa. Although the commandment to “love one’s enemies” is a Christian concept, recognizing the inherent dignity of the human person is for everyone. Perhaps Malkin doesn’t actually love his enemy, but during their conversations, Malkin comes to see Eichmann as a human being, not all that different from himself. They both had families they loved and lost. They both had convictions they were willing to die for. The respect these two enemies held for each other becomes instrumental for the overall operation.

The film contains one instance of profanity and some crude terms as well as images of Holocaust violence and war violence. The Catholic News Service classification is A-III — adults. The Motion Picture Association of America rating is PG-13 -– parents strongly cautioned. Some material may be inappropriate for children under 13.