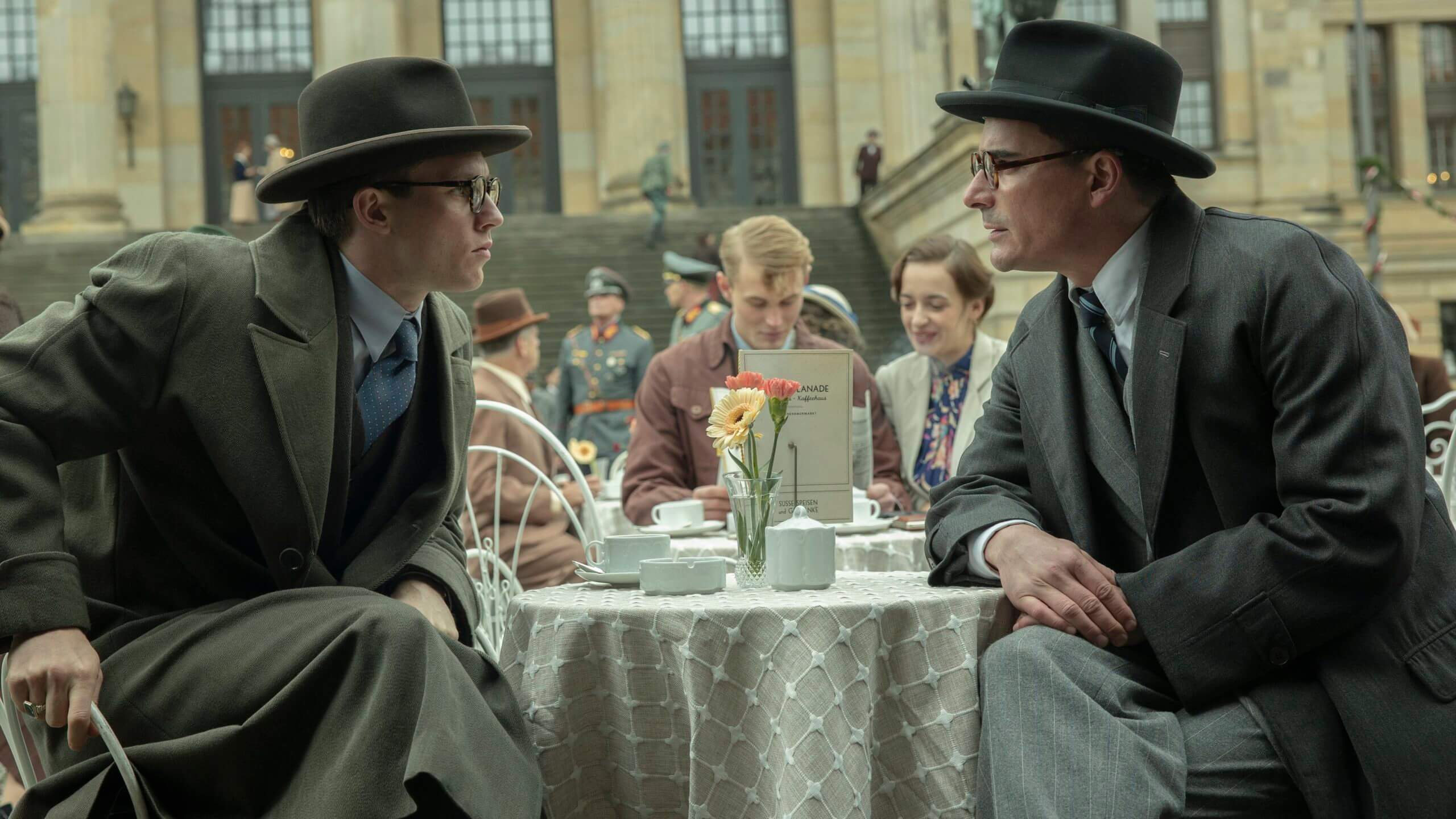 The unvarnished dialogue that regularly crops up in director Christian Schwochow’s otherwise polished screen version of Robert Harris’ 2017 novel makes it most suitable for grown-ups. But the parents of older teens may see the film’s educational value as outweighing that consideration.

In adapting Harris’ work, screenwriter Ben Power uses the story of a fictional friendship as an introduction to the controversial policy of appeasement toward Adolf Hitler (Ulrich Matthes) pursued by the U.K. and France in an effort to avert World War II.

As an opening flashback to their student days at Oxford University shows us, Englishman Hugh Legat (George MacKay), a future secretary to Chamberlain, and German-born Paul von Hartmann (Jannis Niewöhner) were once close pals. The duo quarreled, however, over von Hartmann’s enthusiastic support of the Nazis and have long been estranged.

Yet, with the strategy of giving in to the Fuehrer’s demands about to reach its high point at the 1938 summit conference in the city of the title, von Hartmann — now an official in Germany’s foreign ministry who has belatedly cottoned on to the true nature of the regime — tries to renew ties with his ex-buddy. He hopes the two can collaborate to open Chamberlain’s eyes to the true nature of his adversary’s goals.

Though occasionally a bit overwrought in tone and somewhat implausible in its plot developments, Schwochow’s film captures the moral as well as political dilemmas of the era. It also intelligently explores the issue of how well-meaning people can best oppose evil.

Irons deftly conveys the complexity of a figure whom it would be all too easy to caricature.

Was Chamberlain the naive upper-class gentleman whose innocent mind was incapable of fathoming the utter wickedness embodied by his interlocutor? Or was he cannily preparing for the day when ethical outrage would help to fuel his compatriots’ resolve to defeat the Brownshirts — once conflict could no longer be evaded?

Some viewers may disagree with the conclusion, expressed in the script, that Chamberlain’s accommodating approach to Hitler was ultimately successful insofar as it bought his nation time to rearm. But the subject is one that historians, both professional and amateur, continue to debate and will likely never resolve.

The film contains a scene of men urinating, a couple of profanities, about a dozen milder oaths, at least one rough term and considerable crude and crass language. The Catholic News Service classification is A-III — adults. The Motion Picture Association rating is PG-13 — parents strongly cautioned. Some material may be inappropriate for children under 13.