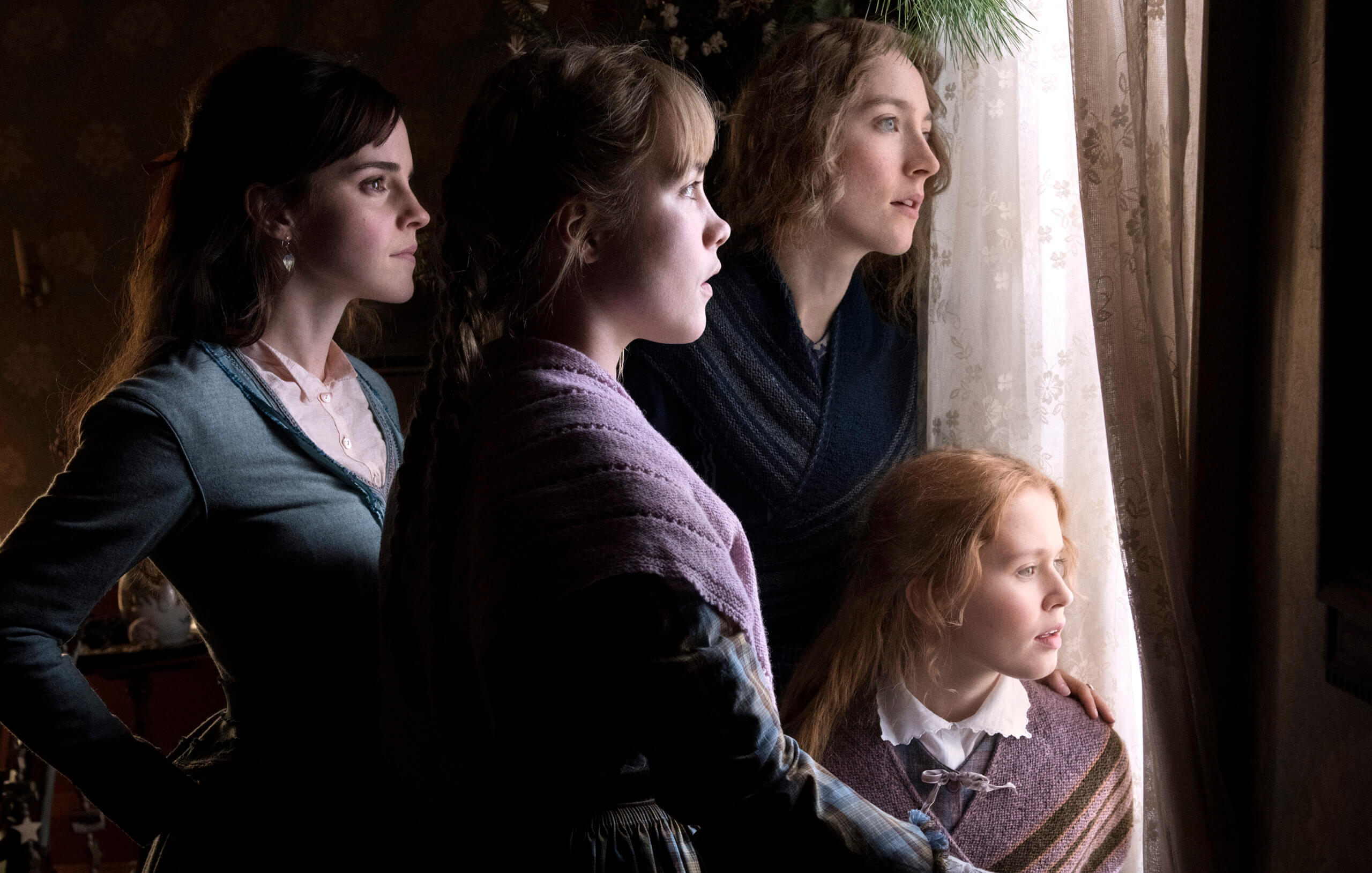 Writer-director Greta Gerwig, who proved her bona fides as a screen moralist in 2017 with “Lady Bird,” has repeated the feat with her elegant, vibrantly emotional adaptation of the 19th-century classic “Little Women” (Sony).

This interpretation of Louisa May Alcott’s novel, the fourth major film version since 1933, turns it into a non-linear memory play. Its framing device consists of flashbacks in the mind of the adult Jo March (Saoirse Ronan).

All four of the tight-knit March sisters, who grow up in Massachusetts during the Civil War, with their father away as a military chaplain, were artistically inclined. But only Jo has become a professional writer.

As a result of this look-back approach, there are no surprises. Gerwig shows, early on, how everyone has ended up.

In this way, the much-beloved episodes of the novel – the burning of Jo’s first manuscript, selfish Amy (Florence Pugh) falling through the ice, sweet Meg (Emma Watson) at the debutante ball, and the saintly love of Beth (Eliza Scanlen) — are shown as foreshadowings of their future characters. The siblings are also seen happily settling into the adult responsibilities of marriage and families.

This could possibly be off-putting for those most familiar with the book and previous film versions, but Gerwig is patiently striving to make the story relevant. She’s not delivering a lecture, and neither is she trying to confuse anyone. She clearly loves these girls, at the same time underlining historical context.

The framing also lets Gerwig sharpen the connection between Alcott and the free-spirited Jo, who knows how to handle a recalcitrant publisher, Mr. Dashwood (Tracy Letts), adroitly after he dryly advises her, “If the main character’s a girl, make sure she’s married by the end. Or dead. Either way.”

Gerwig has added lines, some taken from Alcott’s other writings, which demonstrate that the March sisters are sadly aware of how the law and societal norms constrict their independence and ambitions. Women at the time were considered little more than male property, with few legal rights of their own.

Amy and Meg would like to marry for love. But they’re also intensely clear-eyed about how the power relationship between the sexes works.

“Don’t sit there and tell me that marriage isn’t an economic proposition, because it is,” says Amy, the aspiring painter who knows she’ll never be considered a great talent.

Jo, who longs to be financially independent so she can support her mother, reflects, “I can’t get over my disappointment at being a girl.” Even matriarch Marmee (Laura Dern), as strong as she appears, concedes, “I’m angry nearly every day of my life.”

Additional wry commentary about love and money is occasionally provided by rich Aunt March (Meryl Streep), who often makes pronouncements on what she thinks are the girls’ poor choices, although her love and generosity are never in doubt.

The powerful themes of motherhood, bonds of sisterhood and social service to help those in need are also clearly present.

The girls ultimately all follow their hearts, which is the source of the story’s lasting appeal. Jo realizes that her critic, Friedrich Bhaer (Louis Garrel), isn’t as cruel as he first appears.

As literature brought to the screen, this version should endure for quite a long time. Moviegoers who already love these characters will get the lush presentation they hope to see. Gerwig’s occasional alterations, moreover, prove she’s equally adept at accurate history and subtle moral messaging.

The film contains mature themes, including death. The Catholic News Service classification is A-II – adults and adolescents. The Motion Picture Association rating is PG — parental guidance suggested. Some material may not be suitable for children.