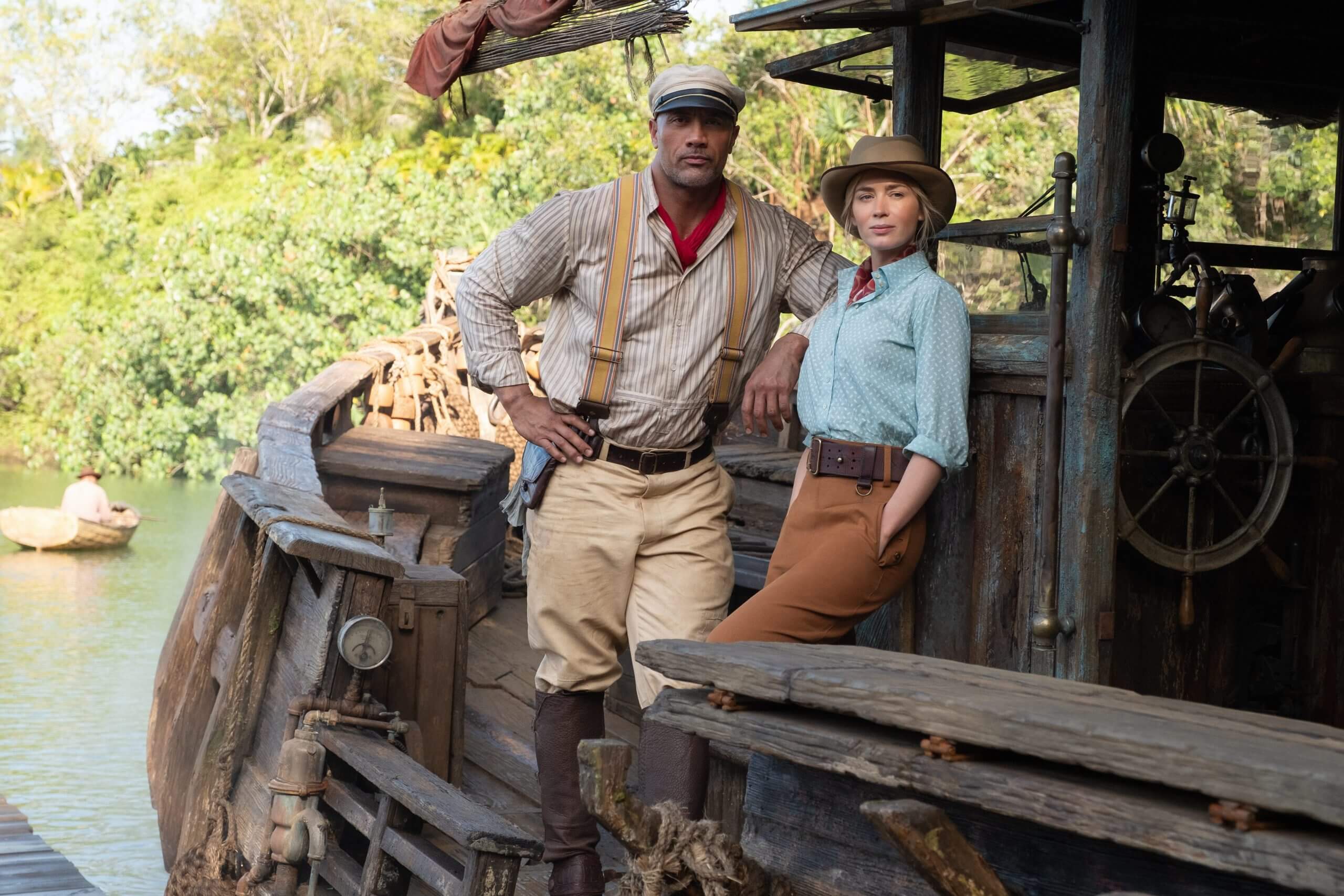 For most of its running time, the lighthearted adventure “Jungle Cruise” (Disney), adapted by director Jaume Collet-Serra from a Magic Kingdom theme park ride, registers as a diverting, if insubstantial, fantasy.

Old movie buffs will detect echoes here of helmer John Huston’s 1951 classic “The African Queen.” Though the World War I period setting remains roughly the same, the action has been moved across the Atlantic Ocean to Brazil.

There, intrepid British researcher Lily Houghton (Emily Blunt) forms an unlikely alliance with fast-talking Amazon River steamboat captain Frank Wolff (Dwayne Johnson). Lily is out to find a mystical tree the healing flowers of which she believes will revolutionize medicine and, after some gentle sparring, Frank agrees to take her on the perilous journey that will be required to reach it.

The duo is joined on their quest by Lily’s brother McGregor (Jack Whitehall), a luxury-loving but good-hearted fop. In hot pursuit comes eccentric German royal Prince Joachim (Jesse Plemons). Billed in the dialogue as a younger son of Kaiser Wilhelm II (who did, in fact, have a son by that name), Joachim thinks the same magic petals Lily is after will give his homeland victory in the current conflict.

A great deal of mythical hokum ensues that would be inappropriate for those impressionable enough not to dismiss it out of hand. And the often-gruesome imagery of the undead conquistadors who, in fulfillment of the picture’s lore and under the leadership of mercenary warrior Aguirre (Edgar Ramirez), eventually do combat with our hero and heroine is much too scary for little kids.

That would normally leave the field to teens and grown-ups. But, in a wildly anachronistic exchange, McGregor confides in Frank that his fierce loyalty to Lily primarily springs from the fact that she alone has stuck by him after his repeated refusal to marry made his sexual orientation apparent to friends and family — all of whom, besides Lily, then turned on him.

Leaving aside the fact that such conversations were far from commonplace in the days of Woodrow Wilson, the scene comes across as ham-handed propaganda. The obvious intent of screenwriters Michael Green, Glenn Ficarra and John Requa is to send a message to young moviegoers that, while it poses as an anti-discrimination plea, entirely lacks the moral discrimination for which the subject calls.

Parents will want to exercise caution, accordingly, in allowing adolescents to screen “Jungle Cruise.” If permission is given, this rough patch in what is otherwise a largely innocuous expedition might be made the starting point for a catechetical discussion highlighting the divergence of current social mores from the unchanging truths of Scripture.

The film contains much raucous but stylized violence, a benign view of homosexual acts, some scatological humor, about a half-dozen mild oaths and a suppressed crude expression. The Catholic News Service classification is A-III — adults. The Motion Picture Association rating is PG-13 — parents strongly cautioned. Some material may be inappropriate for children under 13.