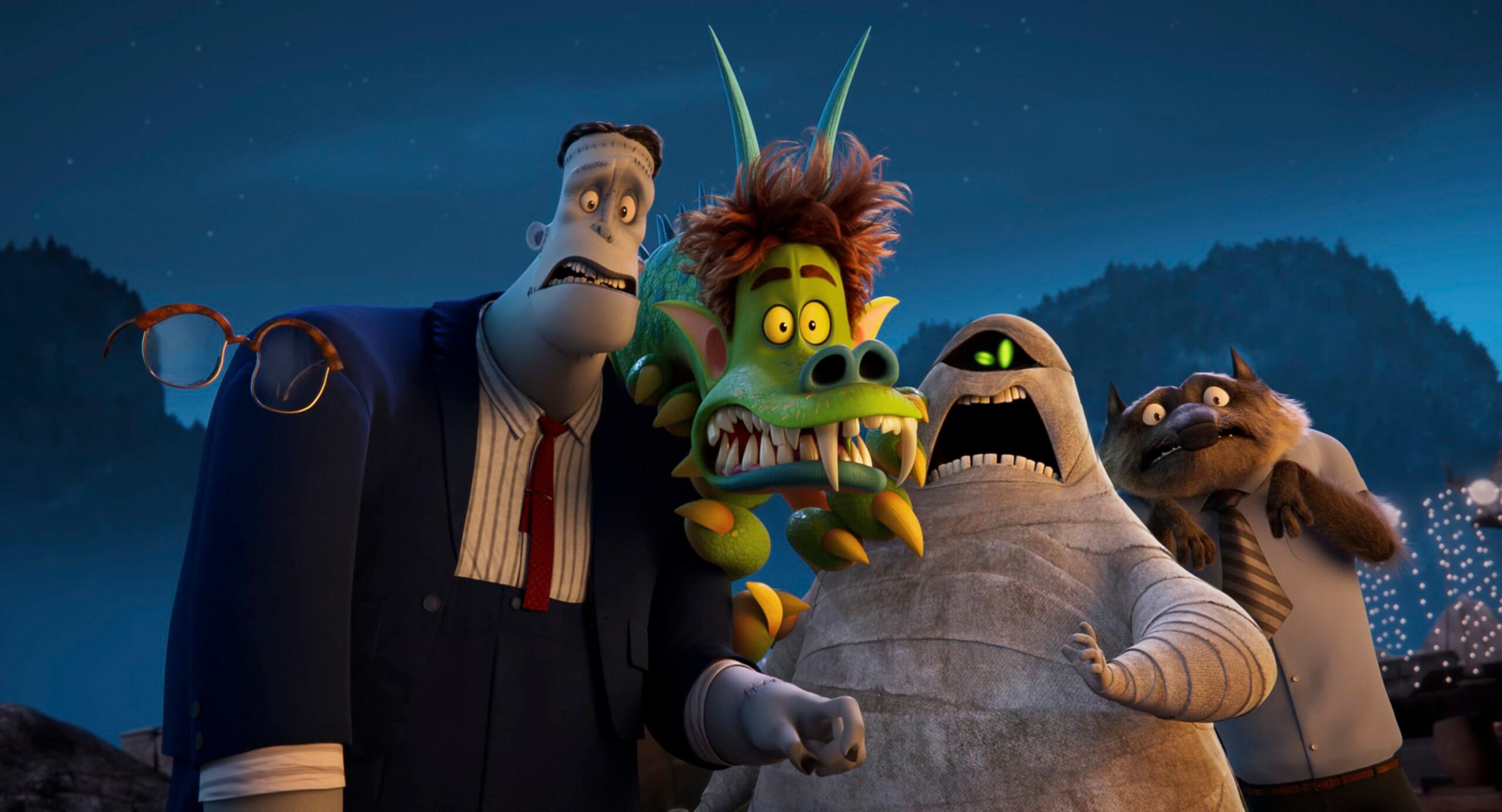 Photo Credit: CNS/Sony Pictures - This is a scene from the animated movie "Hotel Transylvania: Transformania."

“Hotel Transylvania: Transformania” (Amazon) — the fourth installment in the animated franchise, primarily populated by iconic figures from classic horror films, that kicked off in 2012 — conceals no threatening fangs.

In fact, it suffers from the opposite problem; it lacks bite.

Set, once again, in the titular hostelry, the thin proceedings — directed by Derek Drymon and Jennifer Kluska — center on the ongoing tension between its proprietor, Count Dracula (voice of Brian Hull), and his free-spirited human son-in-law Johnny (voice of Andy Samberg). Complications in this relationship lead to two notable transformations.

By the agency of a magic crystal in the possession of mad scientist Dr. Van Helsing (voice of Jim Gaffigan), Dracula is changed into an ordinary mortal while Johnny morphs into a dragonlike monster. The bloodsucker is anxious to undo both spells but, in the upheaval that resulted from the duo’s shapeshifting, the mystic gem was broken.

So, together, the odd couple is forced to embark on a quest to South America in search of a replacement. They’re eventually joined on their journey by Dracula’s beloved daughter — and Johnny’s devoted spouse — Mavis (voice of Selena Gomez) and by Drac’s nurturing wife, Ericka (voice of Kathryn Hahn).

Youngsters generally may be satisfied with this insubstantial adventure. But the smallest among them might be frightened by its scenes of danger.

As for parents, they’ll probably appreciate the themes of family solidarity and the value of seeing the best in others that lead screenwriter Genndy Tartakovsky (director of the earlier movies in the series) works into his script. They may be less impressed by its occasional forays into mildly mature material.

No one will want to drive a stake through the generally good heart of “Transformania.” Yet, billed as the final chapter of a saga that has always been more popular at the box office than with critics, this wrap-up may serve as evidence that it’s best, for the future, to let sleeping vampires snooze.

The film contains characters in peril, fleeting scatological humor, rear male nudity played for laughs and vague wordplay. The Catholic News Service classification is A-II — adults and adolescents. The Motion Picture Association rating is PG — parental guidance suggested. Some material may not be suitable for children.