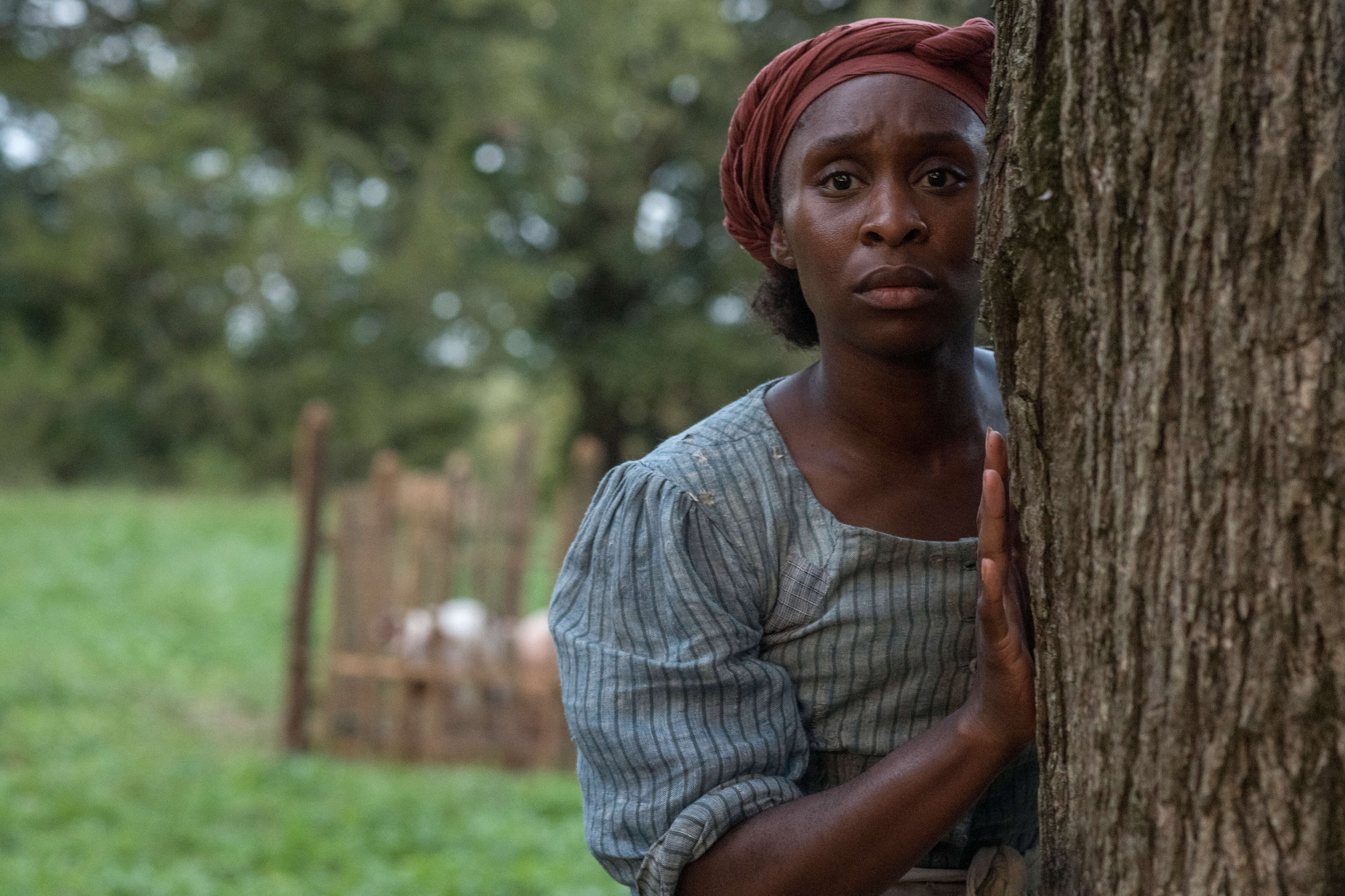 “Harriet” (Focus) is a long overdue drama chronicling the exploits of the most famous conductor on the Underground Railroad, Maryland-born Harriet Tubman (c.1822-1913).

The film’s greatest asset comes in the form of Cynthia Erivo, a veteran of the London stage who breathes spirit and pathos into the titular character.

Directed and co-written (with Gregory Allen Howard) by Kasi Lemmons (“Eve’s Bayou”), “Harriet” celebrates life and reminds audiences of the price some of our forebears had to pay for the freedoms we enjoy.

As the action opens, Tubman — known to her family and owners as Minty — and her husband, John (Zackary Momoh), are planning to start a family. But they want their children to be born free, which will only be possible if Minty herself is liberated.

Both John and Minty’s father, Ben (Clarke Peters), are free laborers at a nearby farm. Since a previous owner had promised Rit (Vanessa Bell Calloway), Minty’s mother, her liberty at age 45 but had never followed through, they petition her current owner, Edward Brodess (Mike Marunde), to honor the agreement — and include Minty, but to no avail.

When Brodess dies suddenly — an eventuality for which the God-fearing Minty had desperately prayed — his son, Gideon (Joe Alwyn), not only refuses to emancipate Minty, but threatens to sell her South. So she decides to run. Not wanting to risk John’s freedom, she insists on going without him.

It’s no spoiler to say that she made it over the Pennsylvania border to freedom in 1849 and, after connecting with abolitionists such as William Still (Leslie Odom Jr.) and Marie Buchanon (Janelle Monae), become involved in their activities.

Once Minty escapes and takes on the free name of Harriet (after her mother), the pace really begins to lag. Lemmons decided to keep the film family-friendly — so there are no bloody beatings like the ones witnessed in 2013’s “12 Years a Slave.” But along with that grim material, the tense moments that could have made this film worthy of its subject also are absent.

The repeated trips Tubman heroically made back into Maryland to gather her family and other slaves quickly begin to feel repetitious. Some suspense is added to the story with the passage of the Fugitive Slave Act in 1850, legislation that forced Tubman to smuggle slaves all the way to Canada.

Despite its flaws, “Harriet” does give due attention to the role faith played in Tubman’s life. A head injury suffered as a child caused her to have “visions,” but she considered these as communications from God guiding her in her journeys. In one especially moving scene when things seem futile, steadfast Harriet insists that God will not let her band of travelers come to harm.

Given the significance of the history “Harriet” depicts, many parents may think it acceptable for teens, despite the elements listed below.

The film contains racial slurs and a few crude and crass terms. The Catholic New Service classification is A-III —adults. The Motion Picture Association of America rating is PG-13 — parents strongly cautioned. Some material may be inappropriate for children under 13.