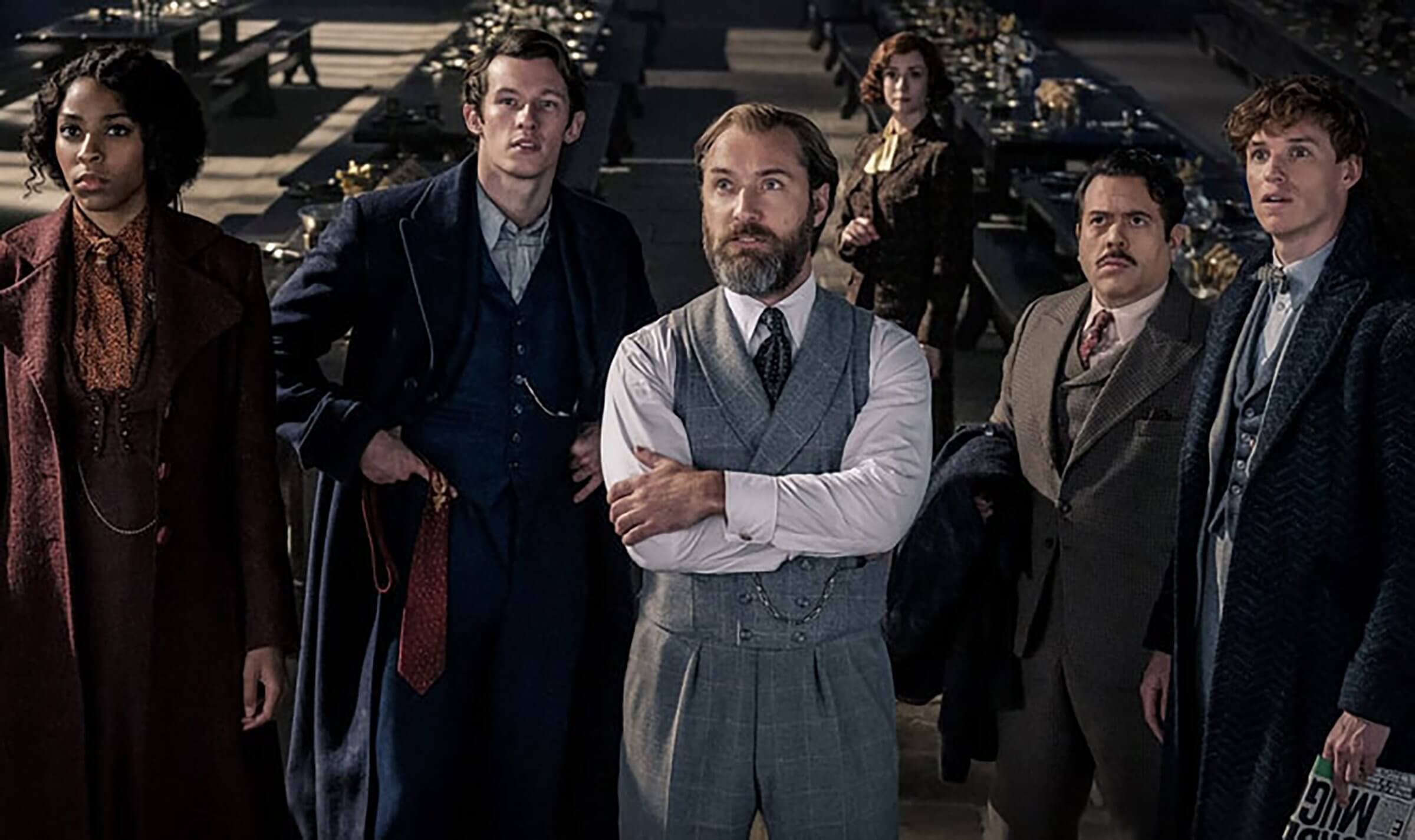 Photo Credit: CNS/courtesy Warner Bros. - This is a scene from the 2022 film "Fantastic Beasts: The Secrets of Dumbledore."

The Hogwarts School of Witchcraft and Wizardry has proven to be a mine of prodigious riches for its creator, J.K. Rowling.

Yet, while tales focusing directly on its most famous alumnus, Harry Potter, have mostly been genuinely golden, other sagas arising from the academy have sometimes turned out to be mere flashes of pyrite.

Such, alas, is the case with the fantasy sequel “Fantastic Beasts: The Secrets of Dumbledore” (Warner Bros.).

In crafting this third installment in the franchise that began in 2016 with an adaptation of Rowling’s 2001 novel “Fantastic Beasts and Where to Find Them,” returning director David Yates takes viewers on a trot around the globe of the early 1930s and marshals imposing special effects. As scripted by Rowling and Steve Kloves, nonetheless, this latest chapter in the Potter spinoff series makes for a tepid experience.

Youngsters might be more willing than their elders to overlook the film’s failure to evoke much interest in its characters or their fate. But, while it’s refreshingly free of objectionable language, this adventure comes bogged down by yet another Hollywood attempt to mainstream gay relationships, an effort that makes it unsuitable for youthful moviegoers.

Said bond is that which once existed between the good wizard of the title (Jude Law) and sorcerer-gone-bad Gellert Grindelwald (Mads Mikkelsen). While it subsisted, the pair created a talisman that permanently prevents either from acting directly against the other. Yet, with Grindelwald aiming for mastery of the witchy world, someone has to stop him.

As viewers follow these crusaders’ travels, first to Germany and then on to Bhutan, the script points out that positive morality does not consist in achieving perfection, requiring instead only the consistent pursuit of virtue. It also celebrates Jacob’s enduring love for ethically unreliable mind reader Queenie Goldstein (Alison Sudol), despite her current status as a misguided ally of Grindelwald’s.

In implicitly condemning Grindelwald’s aim of igniting a war against Muggles — as ordinary folk are known in Rowling-speak — the screenplay also promotes tolerant coexistence. And there’s some enjoyable humor thrown in along the way. Still, despite lavish visuals, this is, overall, a lackluster production marred by its enthusiasm for a popular — but mistaken — understanding of human sexuality.

The film contains stylized violence, a couple of gruesome sights, occult themes, a benign view of homosexual acts and a crass insult. The Catholic News Service classification is A-III — adults. The Motion Picture Association rating is PG-13 — parents strongly cautioned. Some material may be inappropriate for children under 13.

The cost of food in the United States has been going up as of late, but that's not the biggest [...]

Read More
Next Article
German bishop: Pastoral ministers must get training about dementia
Back to Vermont Catholic Magazine