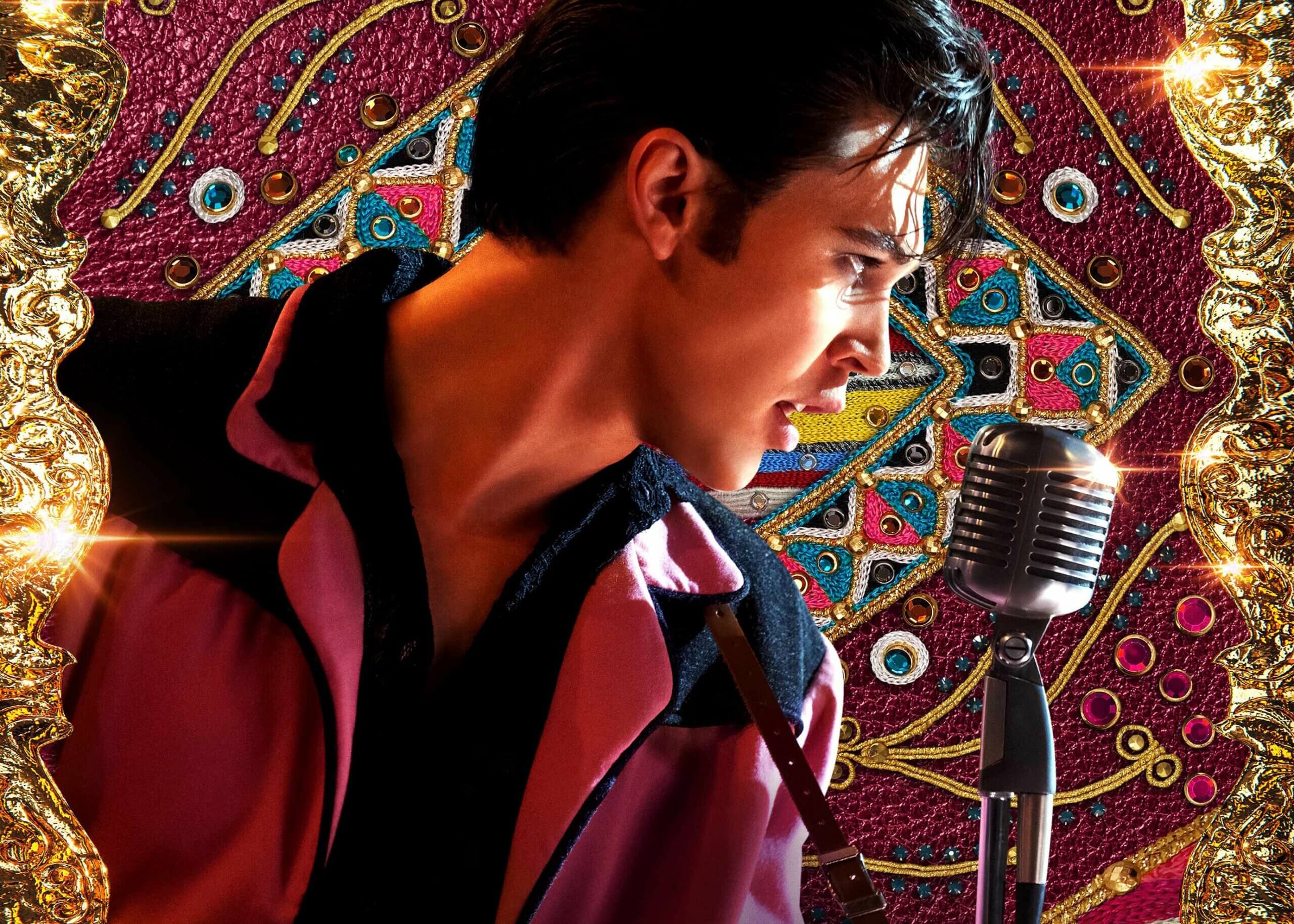 Photo Credit: CNS/Warner Bros. - This is the movie poster for "Elvis."

This lavish, over-the-top production has all the creative hallmarks of its flamboyant director, Baz Luhrmann (“Moulin Rouge!”, “The Great Gatsby”). The story unfolds at a dizzying pace, propelled by sensational musical numbers, good use of archival footage and a star-making performance by Austin Butler.

Although the script — by Luhrmann, Sam Bromell, Craig Pearce and Jeremy Doner — turns soapy at times, the true story remains compelling, the meteoric rise and tragic fall of the biggest-selling solo artist of all time, set against the racially charged music scene of the 1950s and 1960s.

The story opens in rural Mississippi, where young Elvis (Chaydon Jay) is transfixed by the musical vibe and suggestive dancing of his African-American neighbors, on display (chastely) in church services and (lasciviously) in speakeasies.

Years pass, and Elvis embarks on a music career, drawing upon these styles. With slicked-back hair, a smoldering gaze and swiveling hips, he is an overnight sensation.

A carnival barker, “Colonel” Tom Parker (Tom Hanks, well-padded with prosthetics), sees his meal ticket and offers to be Elvis’ manager, with the blessing of his parents, Gladys (Helen Thomson) and Vernon (Richard Roxburgh).

Focusing on one of Elvis’ screaming female fans, Parker recalls, “He was a taste of forbidden fruit. She could have eaten him alive.”

The overtly sexual nature of Elvis’ style escapes his saintly mother. “The way you sing and move is God-given,” Gladys tells her son, “so there can’t be anything wrong with it.”

In this case, mother doesn’t know best. But the dirt-poor Presleys happily land on Easy Street with Parker in tow. The villain of this story and a veritable Rasputin, Parker keeps Elvis on a short leash, while enriching himself on the side.

Competing for Elvis’ attention is the comely Priscilla (Olivia DeJonge), who becomes his wife and confidante, and seeks in vain to shield him from the excesses of success.

Meanwhile Elvis faces threats from the authorities, who see him as a threat to race relations and the status quo, and struggles to remain relevant as tastes change once a quartet of mop-topped lads from Liverpool arrive in the U.S.

Overstuffed and furiously paced, “Elvis” borders on sensory overload — think shake, rattle and roll on steroids. With its well-known conclusion, it remains a cautionary tale best reserved for mature teens and above.

The film contains suggestive dancing, drug use, implied adultery and several profane and crude oaths. The Catholic News Service classification is A-III – adults. The Motion Picture Association rating is PG-13 — parents strongly cautioned. Some material may be inappropriate for children under 13.