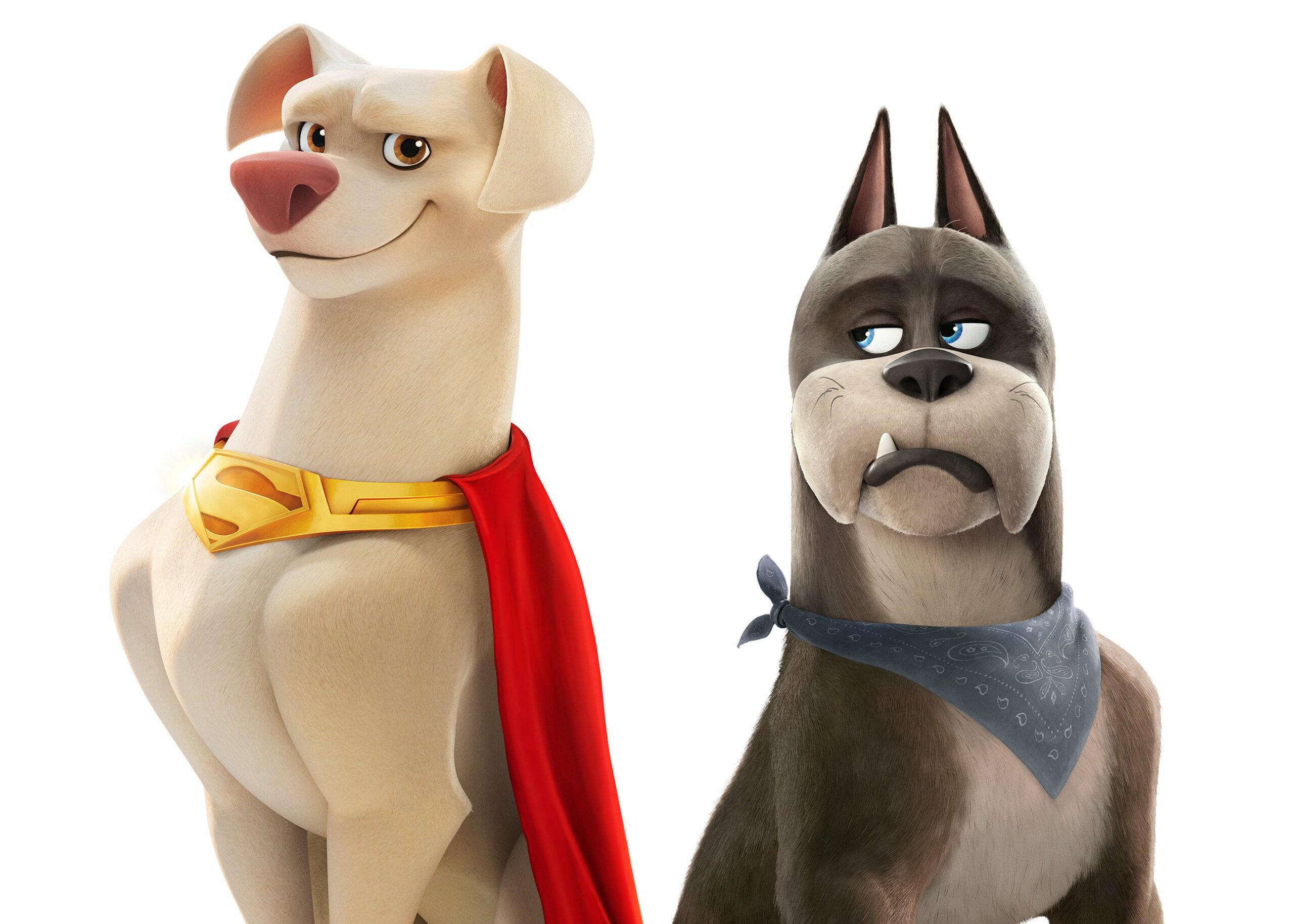 Photo Credit: CNS/Alon Amir, Warner Bros. - This is the movie poster for "DC League of Super-Pets."

How to revitalize the oft-told story of Superman, who made his debut in print way back in 1938? By focusing on his canine best friend. At least, that’s the gambit behind director and co-writer Jared Stern’s reasonably fresh animated comedy “DC League of Super-Pets” (Warner Bros.).

Introduced in previous DC Comics lore and dubbed Krypto (voice of Dwayne Johnson), the pooch — according to Stern’s screenplay, penned with John Whittington — has shown unwavering devotion to the Man of Steel (voice of John Krasinski) ever since he was a pup. But their close relationship is complicated by Superman’s romance with Lois Lane (voice of Olivia Wilde).

More ominously, their welfare is endangered by the machinations of Lulu (voice of Kate McKinnon), a villainous guinea pig who has managed to acquire superpowers. To defeat her, Krypto turns to a band of similarly gifted recue animals led by Ace (voice of Kevin Hart), a scrappy hound whose gruff exterior hides a warm heart.

As the ensemble battle evil, they learn such life lessons as the need to be themselves, the value of working together and the self-sacrificial nature of real love. While overcomplicated — no fewer than three different types of kryptonite are mentioned in the script and a host of Superman’s fellow characters from the DC stable put in brief appearances — their story is occasionally amusing and mostly unobjectionable.

Yet not entirely so. Besides the predictable potty jokes, a reference to Superman and Lois’ habit of spending some of their nights together as well as several bleeped out — but easily guessed — swear words bar endorsement of the film for very young viewers.

Teens, by contrast, will likely take these elements in stride. Whether they’ll be as susceptible as their juniors to the cuddly cuteness on which Stern sometimes relies, however, is another question.

The film contains a vague reference to premarital sexual activity, censored vulgar language, a few scatological jokes and a single crass term. The Catholic News Service classification is A-II — adults and adolescents. The Motion Picture Association rating is PG — parental guidance suggested. Some material may not be suitable for children.

Sometimes when we hear the word “saint,” we envision someone who lived long ago in a place with [...]