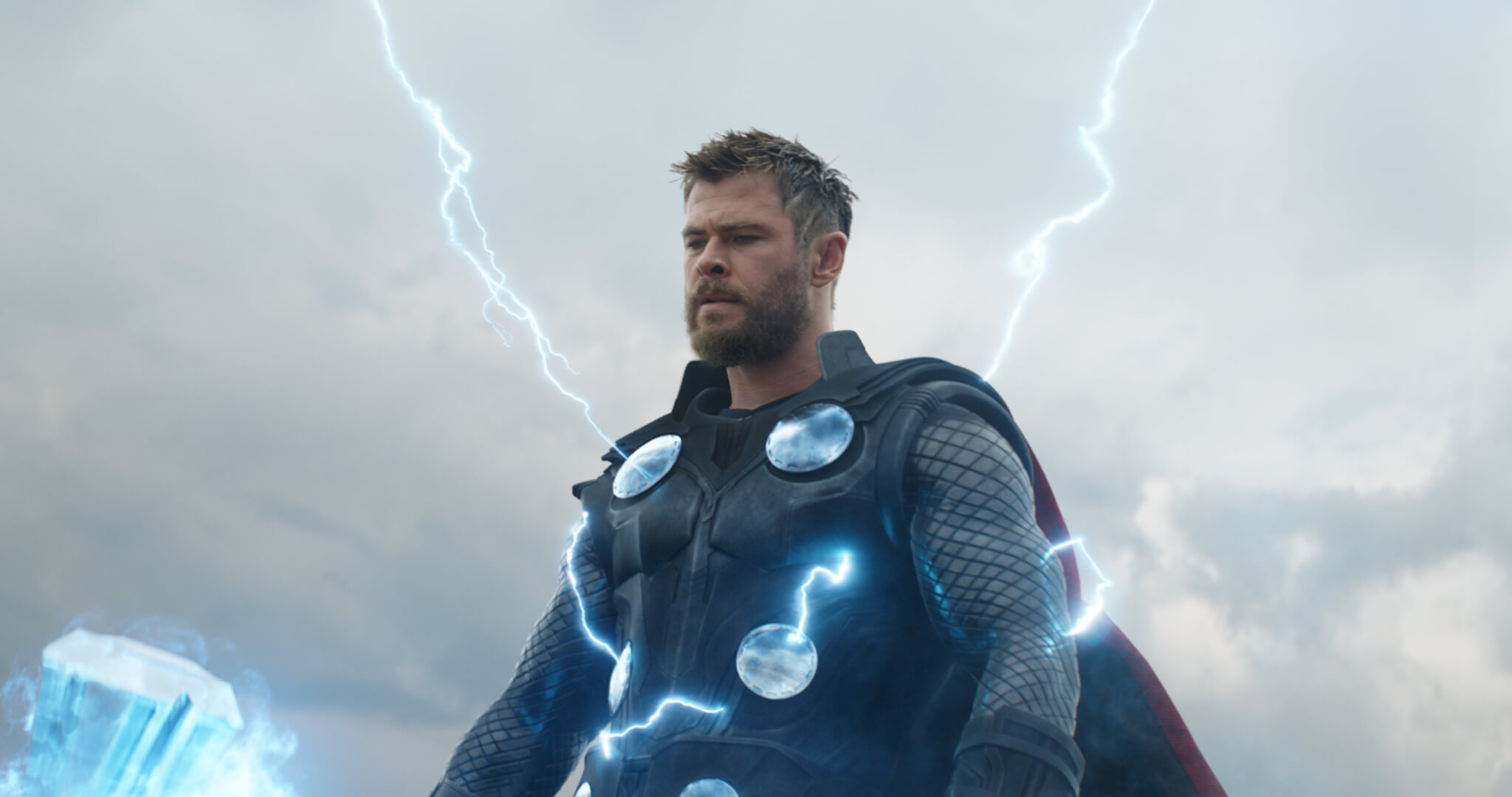 Photo Credit: CNS/Disney - Chris Hemsworth stars in a scene from the movie "Avengers: Endgame." The Catholic News Service classification is A-III — adults. The Motion Picture Association of America rating is PG-13 — parents strongly cautioned. Some material may be inappropriate for children under 13.

Aficionados of the Marvel Comics universe are likely to be thrilled by the sweeping epic “Avengers: Endgame” (Disney).

Even moviegoers less committed to that imaginary realm can hardly fail to be impressed as directors (and brothers) Anthony and Joe Russo’s grand finale deftly weaves together whole franchises spanning 21 previous films.

With its action mayhem mostly stylized and its cast too busy fighting evil to spend any time in the bedroom, only some wayward language, an ambiguous domestic arrangement and passing mention of a gay relationship really mark this as material for grown-ups. So parents under siege from older adolescents agog to take in this three-hour extravaganza can give the go-ahead with little worry.

Primarily set five years after cosmic villain Thanos (Josh Brolin) used a set of energy-endowed gems to wipe out half of all the living creatures in the universe, the film finds the members of the titular ensemble, like humanity at large, still mourning the loss of many friends and loved ones. Yet their defeat at Thanos’ hands seems irreversible. Until, that is, Scott Lang aka Ant-Man (Paul Rudd) proposes a possible solution.

His travels, while miniaturized, in the quantum realm have revealed to Scott that that alternate dimension operates by its own chronological rules. Why not use it to travel back in time and prevent Thanos from assembling all the stones necessary to his scheme?

To achieve this, his fellow Avengers will need to win over tech whiz Tony Stark aka Iron Man (Robert Downey Jr.), the only person who can safely engineer such a cutting-edge feat. But, after a recent brush with death, Tony is reluctant to endanger his happy home life — shared with true love Virginia “Pepper” Potts (Gwyneth Paltrow) and their little daughter — for the sake of such a risky mission.

Tony’s cozy existence living in a rustic cabin on the edge of a rural lake and devotedly raising a child certainly suggests that he has finally wed Pepper, though this is never explicitly stated.

Vast, intricate and, by turns, exciting and poignant as well, “Avengers: Endgame” determines the fate, among many others, of Captain America (Chris Evans), Thor (Chris Hemsworth), Black Widow (Scarlett Johansson) and Hawkeye (Jeremy Renner). It also showcases the value of teamwork, heroic self-sacrifice and reconciliation.

While Thanos’ motive for wiping out billions of human beings is not explored in this movie as it was in last year’s “Avengers: Infinity War,” his crazed version of retroactive eugenics is shown to have resulted not in the perfected world he imagined but in a deeply damaged and traumatized one full of mourners in need of therapy. To that extent, this adventure carries the same implicitly pro-life message as its predecessor.

The film contains much stylized violence with some gore, possible cohabitation, a few uses of profanity and of milder oaths, brief references to homosexuality as well as a half-dozen crude and several crass terms. The Catholic News Service classification is A-III — adults. The Motion Picture Association of America rating is PG-13 — parents strongly cautioned. Some material may be inappropriate for children under 13.