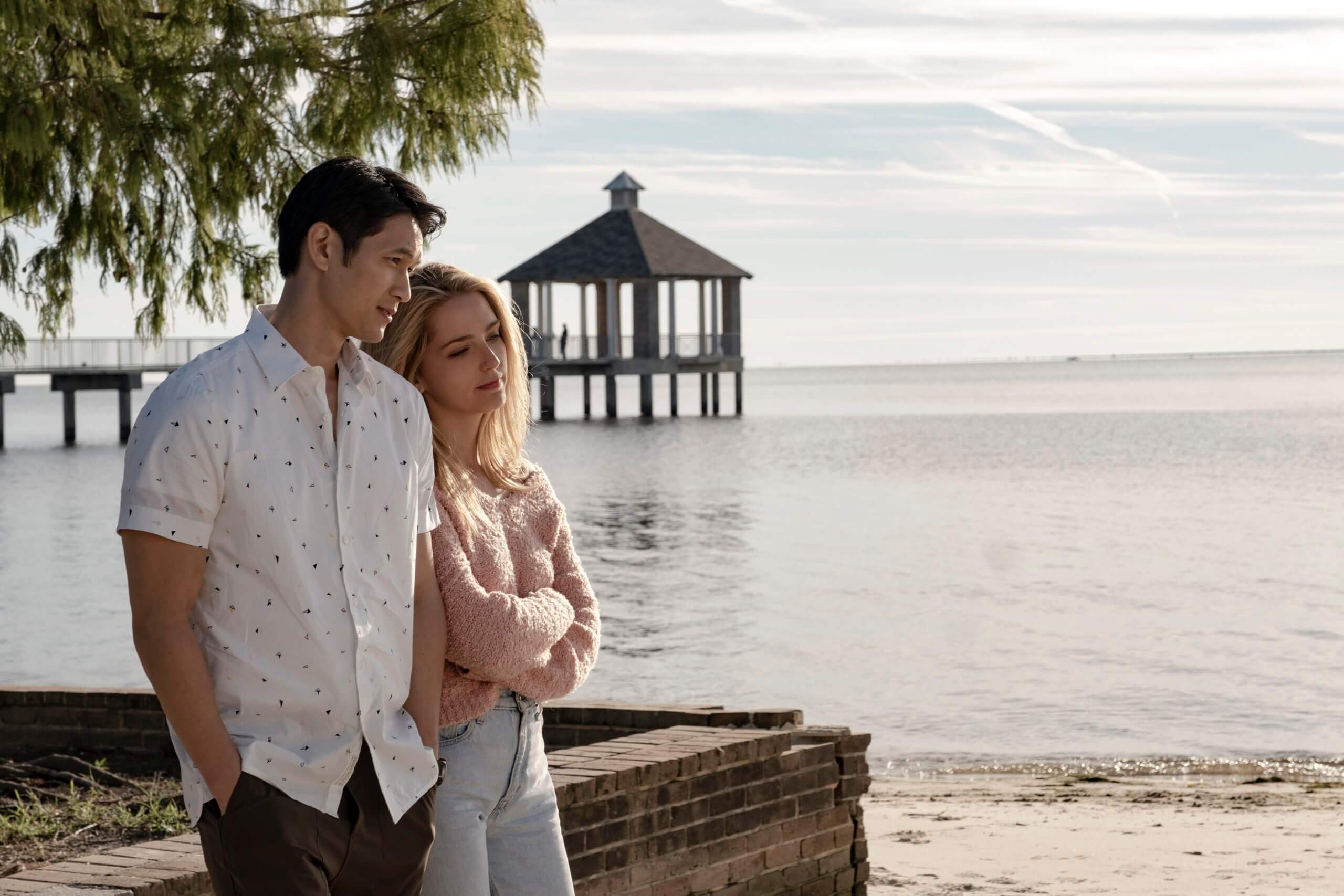 Photo Credit: CNS/Patti Perret, courtesy Universal Pictures - Harry Shum Jr. and Jessica Rothe star in a scene from the 2020 film "All My Life."

Movie review: ‘All My Life’

In 2015, engaged Canadian couple Jenn Carter and Solomon Chau gained notoriety when their friends and family sponsored a crowdfunding campaign that raised more than $50,000 with the aim of salvaging their forthcoming nuptials.

Tragically, the pair’s original wedding plans had had to be abandoned after the groom-to-be was diagnosed with terminal cancer and given only a brief time to live.

With the romantic drama “All My Life” (Universal), director Marc Meyers and screenwriter Todd Rosenberg present a fictionalized account of the duo’s experience that’s surprisingly upbeat for most of its runtime.

While it showcases some behavior that believers can applaud, however, the film implicitly accepts other actions not in keeping with Christian morality. It also promotes a seize-the-day philosophy that those with an eye on eternity may not consider entirely congenial.

It’s practically love at first sight for graduate student Jenn (Jessica Rothe) and aspiring chef Sol (Harry Shum Jr.) after they meet at a bar and Sol’s fumbling efforts to impress his new acquaintance fall endearingly flat. After dating for a while, they move in together, partly motivated by financial considerations: Sol wants to quit his office job to pursue his culinary ambitions.

Sol organizes a flash-mob proposal. But the couple’s happiness is blighted by Sol’s illness and they decide to substitute a quick and quiet April marriage for the elaborate August ceremony he might not survive to see. At this point, those closest to them — including their quartet of best pals (Chrissie Fit, Marielle Scott, Jay Pharoah and Kyle Allen) — rally round to keep the big day a grand affair.

There’s more emotional conflict than straight-out sorrow in Rosenberg’s script — Sol fears dragging Jenn down with him, but she angrily resists his attempt to insulate her from his suffering by isolating himself. For viewers formed by Gospel values, however, the screenplay’s message that happiness is to be found by pursuing fulfillment in the present moment may seem simplistic and unbalanced.

The need to apply mature discernment to that theme as well as the movie’s casual acceptance of premarital physicality mark “All My Life” as unsuitable for teens who might otherwise have benefited from the story’s more positive aspects. As for grown-ups, they’ll find that, although the proceedings are kept un-soggy, their impact is ultimately slight.

The film contains benignly viewed cohabitation, fleeting sexual humor, a handful of mild oaths and a few crude and crass terms. The Catholic News Service classification is A-III — adults. The Motion Picture Association rating is PG-13 — parents strongly cautioned. Some material may be inappropriate for children under 13.