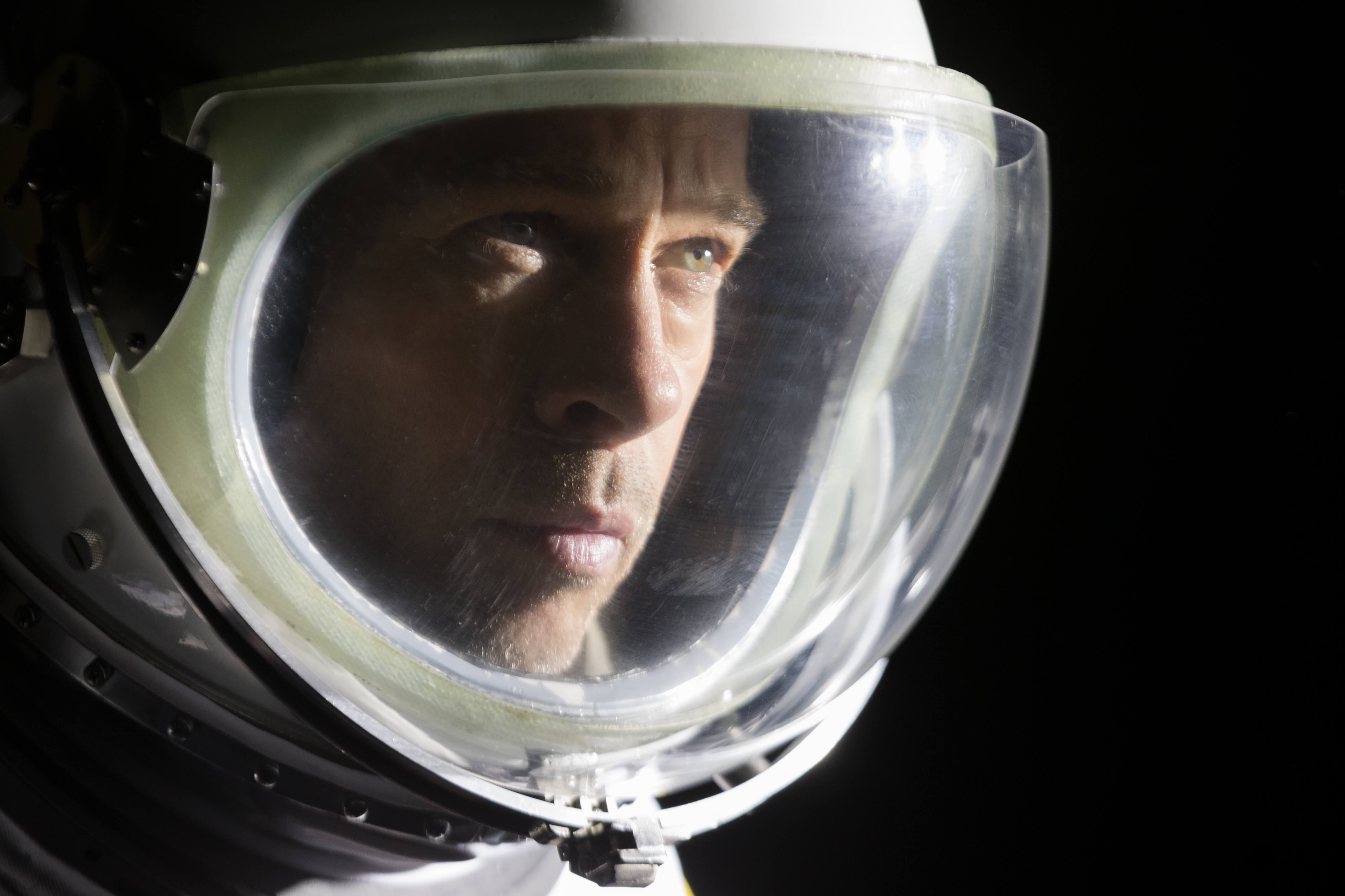 The Latin motto from which the compelling sci-fi drama “Ad Astra” (Fox) takes its title assures us that, by persevering through difficulties, we can aspire to reach the stars.

So it’s no surprise that this moody film’s protagonist, astronaut Maj. Roy McBride (Brad Pitt), has a variety of challenges to face along his journey toward a possible reunion with his father, Clifford (Tommy Lee Jones).

A pioneer space traveler, Clifford disappeared 16 years before the near-future action of the film. He was commanding the Lima Project, an effort to search for extraterrestrial life from the outer boundaries of the solar system.

Now, with energy bursts from Neptune wreaking havoc on Earth and threatening the future of civilization, suspicion has arisen that Clifford — who has long been portrayed as a deceased hero — may not only be alive but may, in fact, be the cause of these cosmic disturbances.

Dispatched to outer space to send Dad a message, Roy undergoes a series of testing adventures while brooding on his emotional isolation and inability to maintain relationships. He also ponders the conflicting evidence suggesting that Clifford was either a hero or a villain.

His uncertainty, which the audience shares, helps to maintain suspense. So, too, does the fact that the real purpose of having him communicate with Clifford is to enable the authorities to pinpoint the latter’s location and launch a deadly attack against him. Roy understands this — and is, consequently, emotionally torn about his mission.

By turns an epic and an intimate character study, director and co-writer (with Ethan Gross) James Gray’s thoughtfully crafted film evokes numerous classic stories, ranging from Homer’s “Odyssey” and Joseph Conrad’s “Heart of Darkness” to Herman Melville’s “Moby-Dick.” And that’s not to mention the psychological implication of a son’s quest that may prove fatal for his father.

Gray and Pitt capitalize on Roy’s verbal reticence to make “Ad Astra” richly visual, Pitt’s eyes at times communicating wordlessly but unmistakably what his character is experiencing. Such moments recall acting techniques that prevailed in the silent era.

Refreshing in any Hollywood movie, but especially one populated by scientists and technicians, these indications of traditional spirituality imply that faith, in some form, is a given among them. Taken together with the overall artistic merit of “Ad Astra,” these religious undertones may convince the parents of older teens to let them join the audience, despite the elements listed below.

The film contains some gory violence, a suicide, a couple of profanities, at least one use each of rough and crude language and an obscene gesture. The Catholic News Service classification is A-III — adults. The Motion Picture Association of America rating is PG-13 — parents strongly cautioned. Some material may be inappropriate for children under 13.