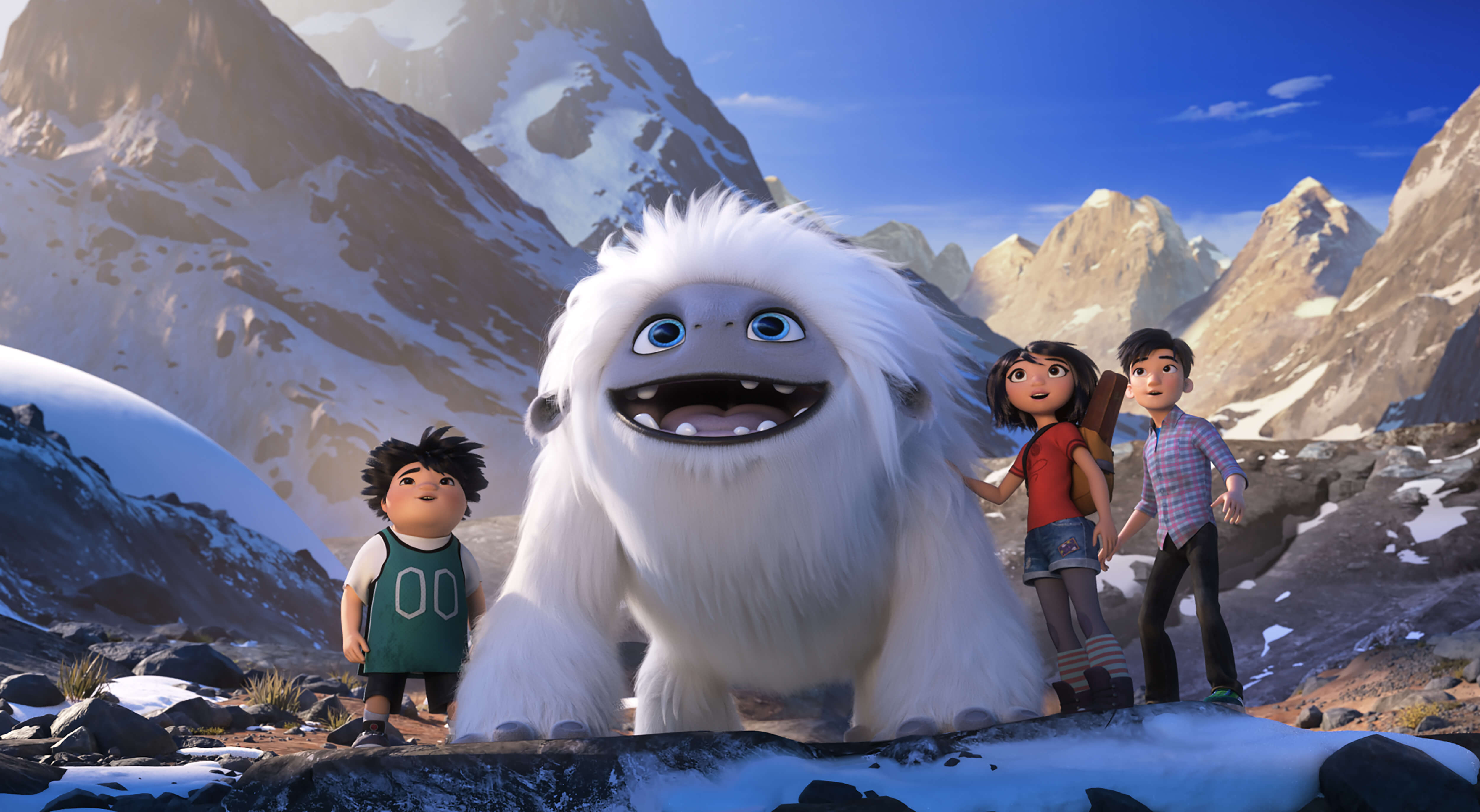 “Adorable” has a new synonym: “Abominable” (DreamWorks), a charming animated film which transforms the dreaded Yeti monster — the legendary abominable snowman — into a lovable furball.

This family-friendly adventure set in China and the Himalayas features eye-popping animation, roller-coaster action (nothing too perilous for the little ones) and good humor. Folded in are worthy lessons on the importance of family, friendship and helping others in need, mythological creatures notwithstanding.

Yi (voice of Chloe Bennet), a resourceful teenager, lives with her mother (voice of Michelle Wong) and grandmother Nai Nai (voice of Tsai Chin) in a small apartment in Shanghai. She’s mourning the death of her beloved father, who taught her to play the violin and promised to take her on a road trip across China.

Her makeshift retreat on the roof of her building is turned upside down with the arrival of the Yeti, whom Yi nicknames “Everest.” He has escaped from a research lab after being captured by Burnish (voice of Eddie Izzard), an explorer with dreams of wealth and glory, and his wicked zoologist Dr. Zara (voice of Sarah Paulson).

Yi takes pity on Everest (who grunts and groans but does not speak) and is determined to see him safely home to the Himalayas. And so she embarks on an epic adventure with two friends in tow, Jin (voice of Tenzing Norgay Trainor) and Peng (voice of Albert Tsai), and the baddies in close pursuit.

Directors Todd Wilderman and Jill Culton, using Culton’s script, serve up an entertaining if predictable variation on “E.T. The Extra-Terrestrial,” enhanced by Everest’s magical powers which intensify as his namesake peak comes into view.

Faced with multiple challenges, Yi recalls her grandmother’s wisdom, based on the colorful koi fish, a symbol of perseverance. “Be like koi — keep swimming,” she says. “When things get really tough, they never give up.”

The film contains nonperilous action sequences. The Catholic News Service classification is A-I — general patronage. The Motion Picture Association of America rating is PG — parental guidance suggested. Some material may not be suitable for children.