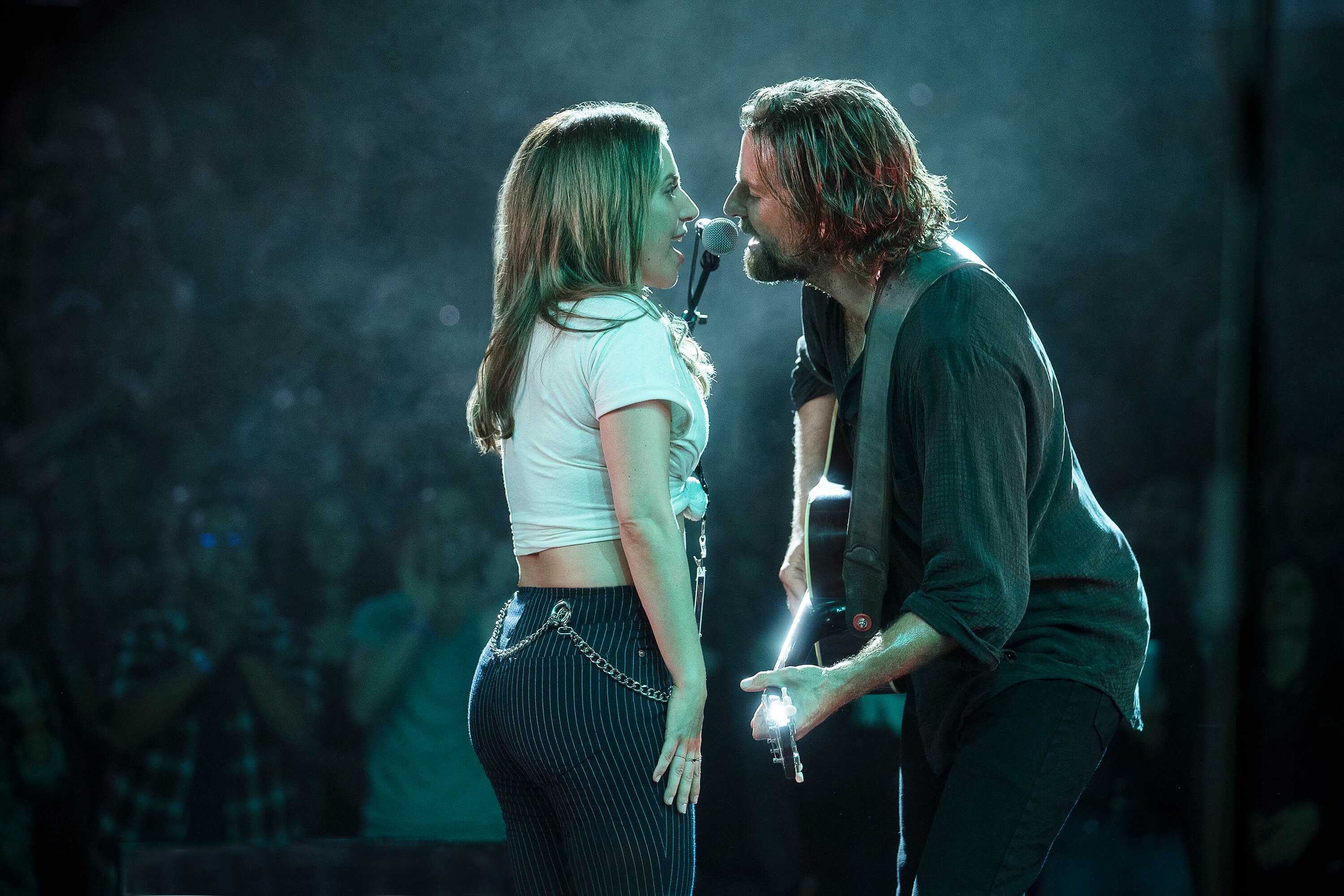 Photo Credit: CNS/Warner Bros. - Bradley Cooper and Lady Gaga star in a scene from the movie "A Star is Born." The Catholic News Service classification is A-III — adults. The Motion Picture Association of America rating is R — restricted. Under 17 requires accompanying parent or adult guardian.

Movie review: ‘A Star Is Born’

The third remake of that sturdy warhorse “A Star Is Born” (Warner Bros.) pays occasional homage to its forebears, particularly the 1954 version starring Judy Garland and James Mason, which only serves to indicate that its formulaic “stand by your man” story is somewhat tattered and dog-eared.

The core narrative remains: In show business, for every fresh young talent’s happy ascent to fame and fortune, there’s always someone older on a rapid and usually alcoholic downward slide. The pathos increases exponentially when this involves a couple in a romantic relationship.

This scenario had a greater impact decades ago when a woman more successful than her husband was interpreted as outside the natural order. Then the plot had a more deeply tragic dimension and milked considerable soap-opera anguish.

Now — meh. Trips to rehab, confessional TV interviews and adroit publicists smooth out all but the most hardcore addicts, even as the vultures from TMZ lurk to trumpet the first death announcement online.

The ascending talent here is Lady Gaga, who plays Ally, a spunky waitress with a particular talent for songwriting, who has been rebuffed by the pop music industry because the gatekeepers, while praising her ability, think her nose is too large and will be a distraction.

Bradley Cooper, who also directed from a screenplay he co-wrote with Eric Roth and Will Fetters, is Jackson Maine, a gravel-voiced country rocker more devoted to the bottle than his performances and with clear depressive tendencies.

He encounters Ally in the bar where she’s singing and he’s drinking, detects her talent and ambition, and their personal chemistry is immediate before she notices that his booze consumption is more than recreational.

When he pulls her out onstage to sing during one of his concerts, her success is assured.

Ally has a father, Lorenzo (Andrew Dice Clay), who was once convinced he could be the next Frank Sinatra. Jackson’s half-brother, Bobby (Sam Elliott), knows that Jackson stole his singing style. But these embittered story threads get pushed to the margins as the plot hews closely to the old formula, leading to Ally’s solo stardom as Jackson is overcome by demons new and old.

Fans of Lady Gaga will find much to enjoy in her performances, and the songs are appealing. The rest of the movie is overcome by recurring close-ups of Cooper’s grizzled features, a lack of suspense and reflections on how all any musical artist has to offer the world is an interpretation of just 12 notes.

Share This Post
Marriage and Family, movie reviews, Youth and Young Adults, Catholic Professionals, A Star is Born
See More
Last Article
Synod of Bishops in Rome
Next Article
Diocesan Synod to begin in Vermont
Back to Vermont Catholic Magazine