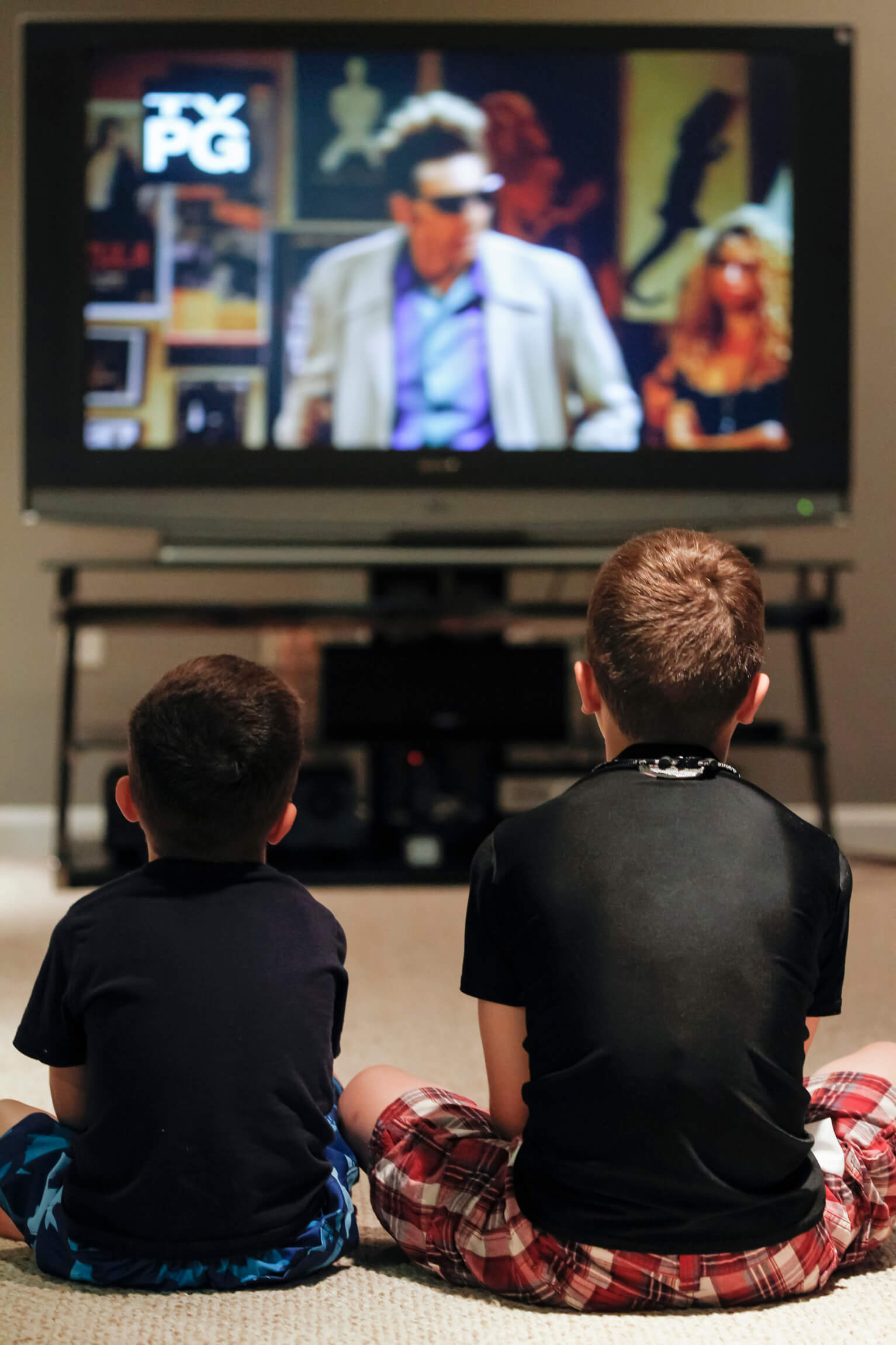 Photo Credit: CNS illustration/Bob Roller - With parents and kids alike sheltering in place, moms and dads may be on the lookout for entertainment that will hold children's attention.

With parents and kids alike sheltering in place, moms and dads may be on the lookout for entertainment that will hold children’s attention. Following, in alphabetical order, is a roundup of some programming aimed at little ones that’s available on major streaming platforms.

The Amazon Prime show “Fireman Sam” comes from the U.K. and has a complicated pedigree. First broadcast back in the late 1980s, it was started up again as a Claymation series in 2005, lasted one season, then was brought back yet again — now with computer animation — in 2008. The character of the title (voice of Steven Kynman), dubbed “the hero next door,” and his male and female colleagues are an integral part of the fictional community of Pontypandy in Wales. As the firefighters come to the aid of townsfolk who have gotten into such humorous scrapes as being stuck inside a large, wooden cake, each 10-minute episode also encourages kids to be helpful to the people around them. Ideally, this could inspire a family conversation about the importance of focusing on others rather than ourselves.

Available on Netflix, “If I Were an Animal” is a wildlife documentary with fictional elements. Each 20-minute episode looks at four different species from the perspective of two young siblings, Emma (voice of Fleur Delahunty) and her big brother Tim (voice of Zachary Young). The fantastic videography is captivating to watch as the kids are introduced to a baby animal, name it, and then proceed to explore its nature through questions and comments. The dialogue is really cute — perfect for little kids, who will be able to identify with the child narrators. Parents wanting to engage kids further with this show could try some auxiliary activities: Ask them what animal they might want to be, perhaps have them draw or color you a picture of that animal or go for a bit of shared online research about it.

“Julie’s Greenroom” is a Netflix original that’s both fun and educational. Julie Andrews plays the titular theater director who instructs a group of Muppet children in the fine art of putting on a play. As each episode unfolds, the kids learn all the various aspects of what it takes to mount a successful stage production. They not only have to come up with an idea, a script, music and costumes, but also tackle the technology that helps with lighting, sound and special effects. Each 30-minute installment features a celebrity who works in the field encouraging the “greenies” to let their talents shine: Chris Colfer as a writer, Josh Groban as a singer, Alec Baldwin as an actor and so on. The wrap-up presents the resulting performance. Discussion inspired by the show could involve asking kids which theater-related career they might enjoy pursuing.

Su-Ping Chio voices the title character of “Leo the Wildlife Ranger” on Amazon Prime. Whenever Leo finds an animal around his home that isn’t supposed to be there, he, his sister and fellow ranger Katie (voiced by Hillary Blazer-Doyle) and their adult mentor Rocky (voiced by Joe Murray) work to return it to its proper home. Each episode is 10 minutes long and encourages audience interaction. Since viewers are asked to help Rocky choose the best way to aid each creature, the show could be the basis for some discussion about decision-making.

Amazon Prime’s “The Stinky & Dirty Show,” based on the books by Jim and Kate McMullan, follows the adorable adventures of garbage truck Stinky (voiced by Jaden Betts) and backhoe loader Dirty (voiced by Jacob Guenther). The 20-minute episodes are divided into two segments, each of which presents Stinky and Dirty with some dilemma they need to solve. If their original approach doesn’t work or go as expected, they ask, “What if…” and try something else until they achieve their goal. The series is creatively scripted, features exciting scenarios and sustains its silly humor. Parents might want to reinforce the show’s lessons with a discussion about the value of adaptability and perseverance.

“Veggie Tales: In the House” is a Netflix original series based on the anthropomorphized produce characters created by Phil Vischer and Mike Nawrocki. Like the videos and feature films of the franchise, the show promotes Bible-based Judeo-Christian values. Two stories are told in each 20-minute episode and all of them pose some problem for Larry the Cucumber (voice of Nawrocki), Bob the Tomato (voice of Vischer) and their other friends to solve. Help is given in the form of a specific Scripture passage that applies to the quandary. In one installment, for instance, Larry and Bob get annoyed with each other. But they know that St. Paul’s Letter to the Ephesians includes the admonition, “Do not let the sun set on your anger.” So they decide the solution is simply not to go to sleep. Of course, silliness ensues as they try to keep their heavy eyelids open. But they eventually forgive each other. Fans of this series may want to check out a similar offering, “Veggie Tales: In the City,” also on Netflix. As for parents, they might reinforce the show’s lessons by sharing with youngsters real-life situations where they used biblical principles to guide their behavior or choices.

— Sister Hosea Rupprecht, a Daughter of St. Paul, is a guest reviewer for Catholic News Service.

Share This Post
Catholic Schools, Marriage and Family, Reviews, Shows for Children, Sister Hosea Rupprecht
See More
Last Article
How are you doing during the pandemic?
Next Article
Deacon Lawson was as notary in 2009 Blessed James Miller cause
Back to Vermont Catholic Magazine