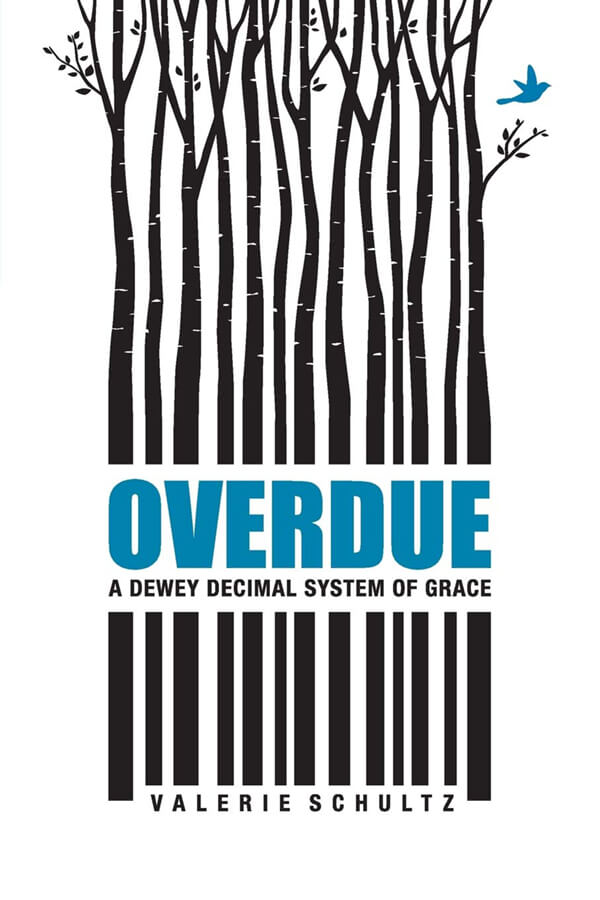 Most Catholics are familiar with the Corporal Works of Mercy – feed the hungry, give drink to the thirsty, shelter the homeless, visit the sick, visit the prisoner, give alms to the poor and bury the dead. Very likely, most of those same Catholics make a point of participating in at least one of them on a regular basis. However, I also strongly suspect that not as many consider one work of mercy – visiting those in prison – as their first choice of ministry. And that comes as no surprise because that one is probably the most intimidating of all.

In fact, that was exactly what Valerie Schultz, the author of “Overdue: A Dewey Decimal System of Grace” thought before she and her husband accidentally became involved in their parish’s prison ministry. But was it an accident? “The way I started as a volunteer facilitating Catholic communion services was an O. Henry-like story of a mix-up of ministry meetings at the local parish,” she began. Instead of putting their names on the St. Vincent de Paul list, the woman doing the sign-ups that day mistakenly put them on the prison ministry list. Schultz admitted to being more than a little uncomfortable with the unexpected turn of events: “This kind of freaked me out,” she said, “conjuring up every book and movie I’d ever seen that dramatized the terror of prison.”

What began as a clerical error, however, turned out to be 14 years of God’s grace. “As my stint in prison developed from volunteering to working in a clerical position to running a library on a yard, I came to see the prisoners more each day as human beings, created by and beloved of God,” she continued. “It was no challenge to find God in all things in prison because God was palpably everywhere.”

Eventually becoming the librarian for two of the prison yards, Schultz wrote about her daily contact with both the incarcerated men and those who work with them, organizing her essays as only a librarian would — according to the Dewey Decimal System. Consequently, at the beginning, which in a library would be 000, or Information and General Works, she tells the stories of the prisoners hired to work in the library as clerks. She then moves around the “shelves,” from the 100’s (philosophy and psychology), to the 200’s (religion), the 300’s (social sciences), on to the 400’s (language), then the 500’s (pure science), followed by the 600’s (technology), the 700’s (art and recreation), the 800’s (literature), finally finishing up in the 900’s (history and geography). In each section, she groups her stories and reflections according to the topic at hand, allowing her readers an honest look at not only the people who are incarcerated, but also the system in which they must live and work for the duration of their sentences.

She neither demonizes nor romanticizes any of the people or experiences in this book. Because her voice is so authentic and straightforward, the reader is allowed to see both prison and prisoners through a unique lens — that of an accidental volunteer who may not have served so accidentally after all. That is what this book is about ultimately — discovering God, present and at work, in what many consider the most unlikely of people.

“This book is not an academic study of prison issues,” Schultz says. “It is a witnessing of sorts. … We can be good neighbors to anyone the good Lord plops down next to us. We can be the face of Jesus no matter where we work or live. We can be part of the solution, which is, always and of course, love.”

Valerie Schultz is an award-winning free-lance writer whose work has appeared in Give Us This Day, America magazine, the Liguorian and in her regular column for the Bakersfield Californian. Her work has also appeared in Mothering, Catholic Parent and Sojourners.

The author of “Closer: Musings on Intimacy, Marriage, and God”, Schultz recently retired from a position in a state prison library, which was the inspiration for “Overdue.”

She and her husband, Randy, have four daughters.