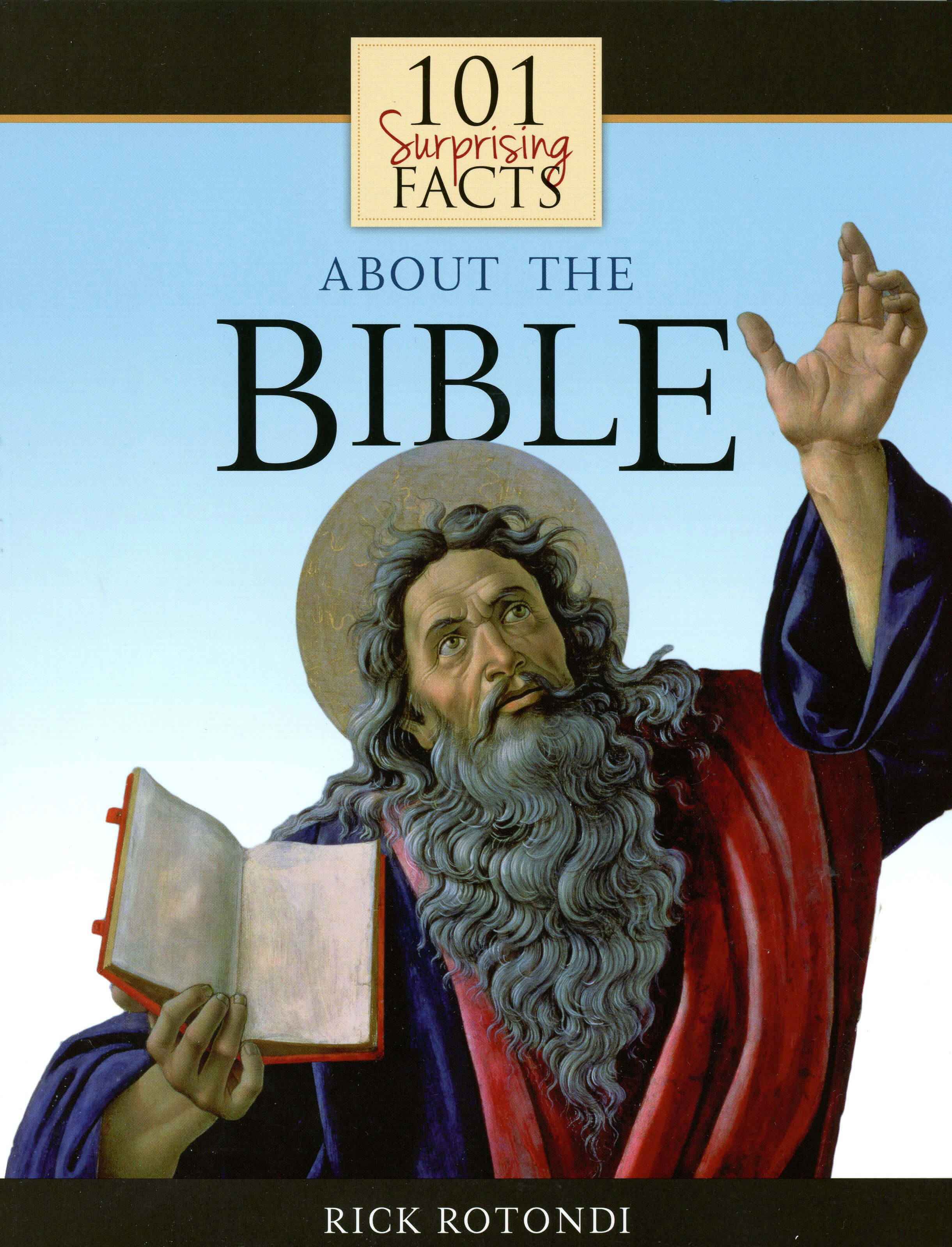 Photo Credit: CNS - This is the cover of "101 Surprising Facts About the Bible" by Rick Rotondi. The book is reviewed by Eugene J. Fisher.

This book will provide Catholic readers, including the young, with an excellent introduction to the Bible. A number of its facts are indeed surprising and will inspire and deepen the understanding even of those who are reasonably well versed in biblical studies. Each of the facts is richly illustrated, in color, with relevant Christian art works from over the centuries which adds to the reader’s pleasure.

The book has three main sections: how the Bible was written and preserved over the centuries; the mysteries of the Bible, e.g. how the Bible influenced historical figures such as George Washington, Abraham Lincoln, Napoleon and Queen Victoria; and how the Bible, if read with reverence and meditation, can influence each one of us today. As the author shows, this most ancient of books is remarkably relevant to our own times.

The Bible, the name for which comes from the Greek, “biblia,” meaning “books,” is actually a mini-library, a collection of some 73 books written by humans inspired by the Holy Spirit. It includes a large number of literary genres, ranging from history and philosophy to fables and songs. It contains, the author notes, a great deal of humor, including the puns that characterize and move forward the story of Adam and Eve chapters 2 and 3 of the Book of Genesis.

The Bible is “inerrant,” though this does not mean that every “fact” reflected in its books is scientifically or historically correct. What is without error is the intrinsic, spiritual meaning the biblical books had for their own times and contexts, and for us today. From a Catholic perspective, this means that one can discern prophecies about the coming of Christ throughout the Hebrew Scriptures, and hope in the New Testament for His second coming at the end of time.

I would offer a couple of corrections based upon my extensive experience studying the Bible with Jewish colleagues and friends, which is important since the authors of both Testaments were Jews.

In fact 20 Rotondi states, in one sense correctly, that the Bible would not exist to this day without the Church, which carefully copied and preserved it over the ages. This is of course true with regard to what we Catholics consider “the Bible,” which includes the New Testament. But the Jewish people, over the centuries, have carefully copied and conserved their Bible, the Hebrew Scriptures, in its original language, Hebrew.

The New Testament authors, as the author properly notes, wrote in Greek and relied on the Greek translation of the Hebrew Bible, the Septuagint.

In fact 70, Rotondi states that “after the Resurrection, God’s dwelling is no longer limited to one place (the Temple) but to wherever two or three are gathered in my name.” Again, this is true, but the Jewish people already centuries earlier knew and had experienced the universality of God’s presence, for example during the Babylonian exile.

The book closes with fact 101, that in the Bible God speaks to each of us, in our own hearts, citing Sts. Augustine and Anthony of the Desert. I would, citing Augustine, implore readers to “tolle et lege,” take up and read the Bible!