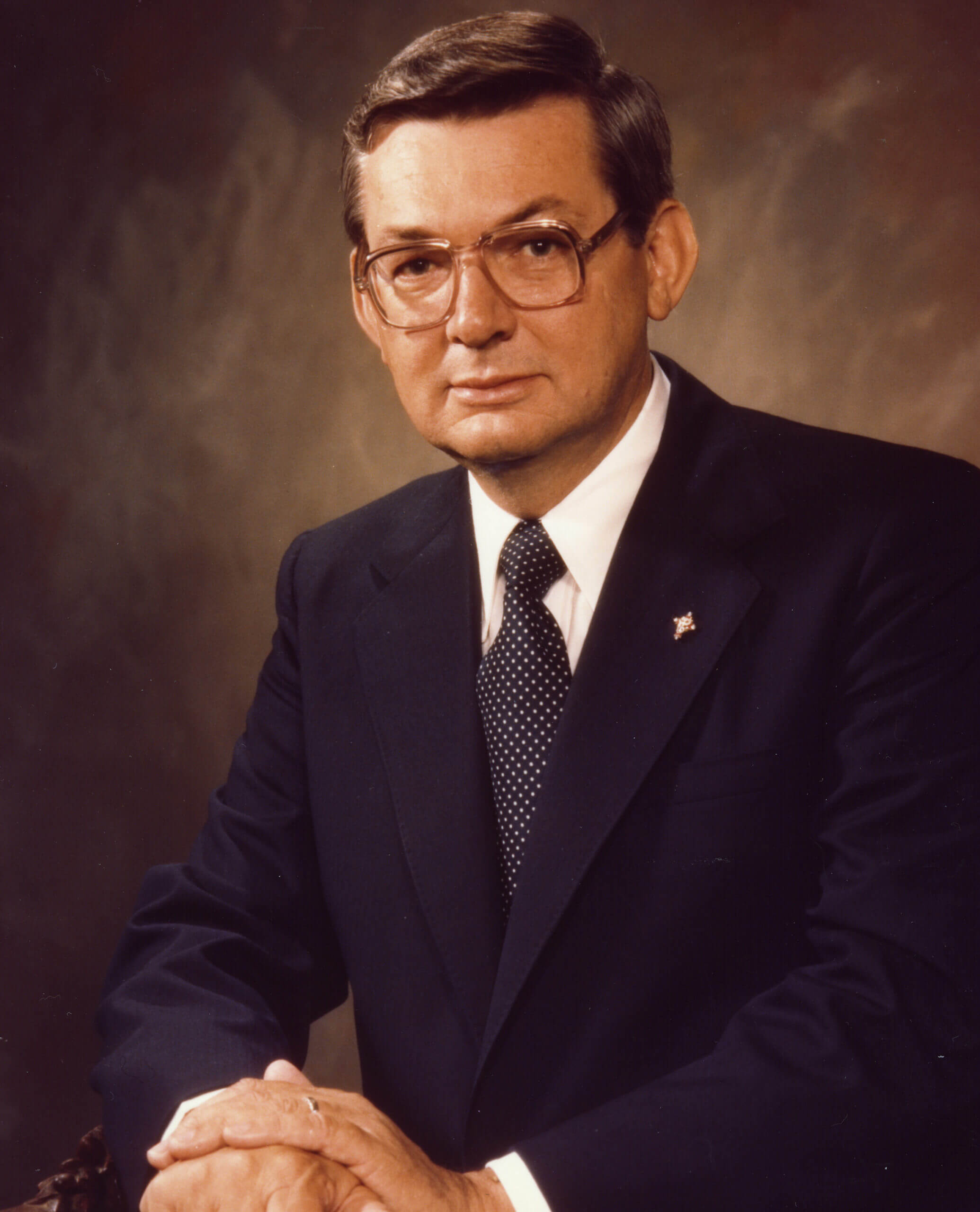 Photo Credit: CNS/Knights of Columbus - Virgil Dechant, the longest-serving supreme knight of the Knights of Columbus, holding the office from 1977 to 2000, died in his sleep at age 89 Feb. 15 in his hometown of Leawood, Kansas. He is pictured in an undated photo.

Virgil Dechant, past supreme knight of Knights of Columbus, dies at 89

Virgil Dechant, the longest-serving supreme knight of the Knights of Columbus, holding the office from 1977 to 2000, died in his sleep Feb. 15 in his hometown of Leawood, Kansas. He was 89.

“God has called home a good man and one of the Knights’ great leaders,” said Supreme Knight Carl Anderson, who succeeded Dechant in the top post. “Virgil Dechant used to say that his goal was to leave the Knights better than he found it, and in myriad ways, he accomplished that.”

Dechant “leaves a lasting legacy and an excellent example of what it means to be a Knight and a fraternalist,” Anderson added in a statement released Feb. 17. “Nowhere is this more true than in his home state of Kansas, which remains in many ways a model jurisdiction.”

Born Sept. 24, 1930, in Antonino, Kansas, Dechant joined the Knights in 1949 and was a member of LaCrosse (Kansas) Council 2970 and St. Augustine Council 2340 in Liebanthal, Kansas. A successful businessman, Dechant operated a private farm in Kansas and he also owned and operated his own car dealership and farm equipment firm.

Dechant arrived at the Knights’ headquarters in New Haven, Connecticut, in 1967 to serve as the supreme secretary for the fraternal order. Ten years later, he was elected supreme knight.

During his tenure in the top post, Dechant “oversaw tremendous growth in the order’s membership as well as in its assets and insurance business,” according to a Knights’ news release about his death. He also opened the organization to greater involvement by the wives and families of its members.

In addition, Dechant forged a close relationship with the Vatican during the pontificate of St. John Paul II, leading the order to sponsor numerous renovation projects — including of the facade of St. Peter’s Basilica — and working with the pope to promote the faith in Eastern Europe, which was then behind the Iron Curtain.

In 1988, when the Knights held their Supreme Convention in Vancouver, British Columbia, President Ronald Reagan in addressing the attendees via videotape singled out Dechant “for the counsel he has given me over the years.” In his wider comments, Reagan commended the organization for its views on the family, work against pornography and help for the disadvantaged.

In 1990, the pope appointed Dechant to the lay board of directors for the Institute for the Works of Religion, commonly known as the Vatican bank.

At the 2003 convention, the then-retired Dechant urged the assembled Knights to take the lead fighting the “new anti-Catholicism.” He also said the Knights understand that lay leadership “is not about the laity seizing control of the church” but rather to work in ” solidarity and cooperation” with bishops and priests.

Among his honors was his appointment to the Order of Pius IX, the highest papal honor that can be conferred on a Catholic layman who is not a head of state. Dechant also received the Knight Grand Cross of the Order of St. Gregory the Great and was a Knight of the Order of the Holy Sepulchre.

In 1998, Dechant received the National Right to Life award along with Sen. Jesse Helms, R-North Carolina, for their staunch support of the right to life and opposition to abortion.

Dechant is survived by his wife, Ann, their four children, and several grandchildren and great-grandchildren.

Share This Post
Obituaries, Knights of Columbus, Virgil Decant
See More
Last Article
Catholic response to outbreak of Coronavirus
Next Article
Almsgiving: An overshadowed Lenten pillar has something to say
Back to Vermont Catholic Magazine