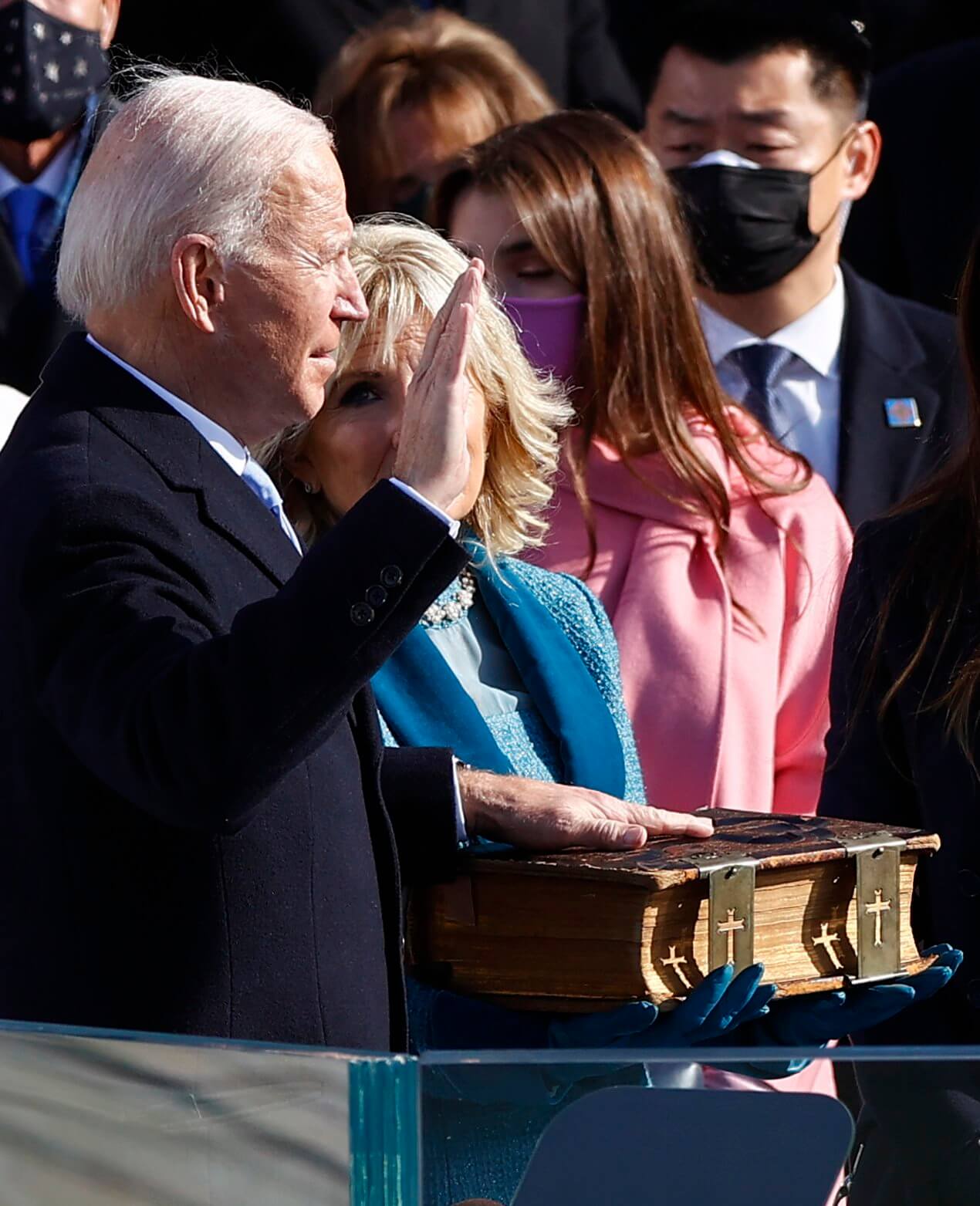 Photo Credit: CNS/Jim Bourg, Reuters - Joe Biden is sworn in as the 46th president of the United States as his wife, Jill Biden, holds a Bible on the West Front of the U.S. Capitol in Washington, D.C.

As Joe Biden prepared to be inaugurated as the 46th U.S. president, A

of Los Angeles, president of the U.S. Conference of Catholic Bishops, expressed hope the incoming administration “will work with the Church and others of goodwill” to “address the complicated cultural and economic factors that are driving abortion and discouraging families.”

“If the president, with full respect for the Church’s religious freedom, were to engage in this conversation, it would go a long way toward restoring the civil balance and healing our country’s needs,” Archbishop Gomez said.

For the U.S. bishops, the “continued injustice of abortion” remains the “preeminent priority,” he said, but “‘preeminent’ does not mean ‘only.’ We have deep concerns about many threats to human life and dignity in our society.”

Archbishop Gomez also said in a Jan. 20 statement that he was praying for Biden, the country’s second Catholic president, as he enters office so that God grants “him wisdom and courage to lead this great nation and … to meet the tests of these times.” In particular, the archbishop said he was praying God will help Biden heal the nation.