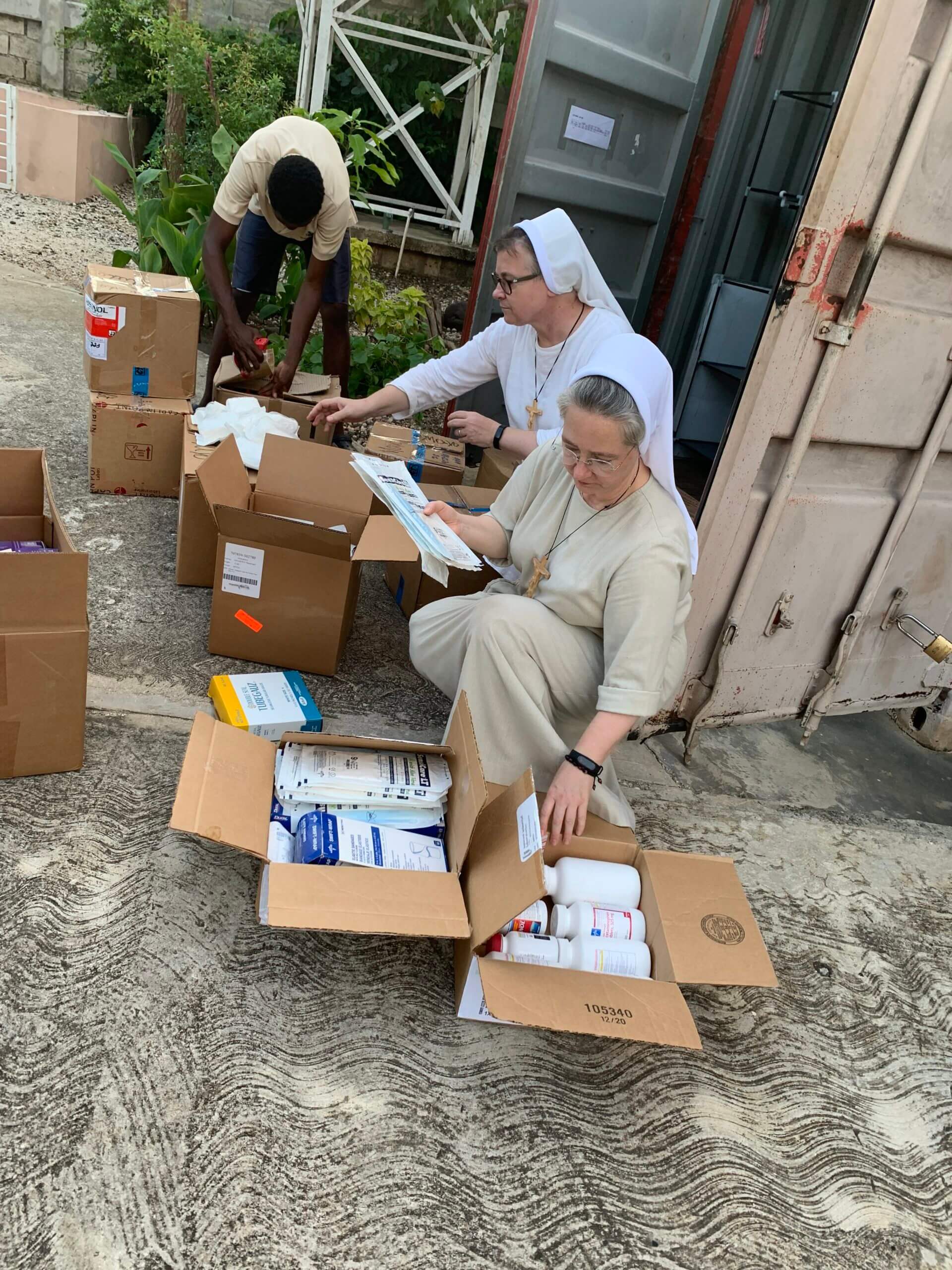 Getting emergency supplies and aid into the Haiti region most impacted by the Aug. 14 earthquake will prove a major logistical challenge, said two missionary nuns who work in Haiti.

“There were some scary situations before (the earthquake), however, nothing like the last two years and especially the last two months in Haiti,” Felician Sister Mary Inga Borko, who works in Jacmel, Haiti, told CNS by phone from Lodi, New Jersey.

Her congregation is organizing a container shipment of supplies to Haiti, both for her congregation’s mission projects near Jacmel but to the earthquake-affected Les Cayes region.

“Life has changed and people easily cannot go to Port-au-Prince — you have to pass through the gang neighborhoods; if people have to go, they go at night,” said Polish-born Sister Borko.

Members of the New Jersey community of Felician Sisters first arrived in Haiti shortly after the devastating 2010 earthquake.

Four Felician Sisters were at their mission home in Jacmel Aug. 14 when a magnitude 7.2 earthquake hit. The nuns ran quickly outside, and they continued to do so as aftershocks occurred throughout the day and into the night, said Sister Borko and Felician Sister Marilyn Marie Minter, who was also in New Jersey assisting with the shipment preparations.

Though the Felician mission was spared from severe damage, 80 miles away the city of Les Cayes was devastated.

Before leaving for the U.S., the sisters emptied their shelves of medications, surgical gloves, clothes, shoes, sheets and bandages and sent them to Les Cayes and to help the medical centers there meet the growing need for supplies. Roads have been destroyed, making it difficult to get help to those who need it.

Families are living in makeshift tents on dirt floors, dreading the mudslides and flooding that often accompany seasonal storms, said  Sister Minter. She said she is living in quarantine since recently arriving in the U.S. but that plans are underway to send supplies from the port at Newark, New Jersey, through Port-au-Prince, which is often a slow and arduous process but necessary.

“This is the fourth container we have sent down over the years: mattresses, clothing, school supplies, household items, plastic tarps for when we have these hurricanes, cleaning items, statues and religious items, stations of the cross and some foodstuffs,” Sister Minter told CNS by phone.

“The hospital in Les Cayes will need to get replenished, but there will be a time when the big aid agencies stop — for example, how much are you hearing about Haiti with the Afghanistan situation?”

The U.S. Army is preparing to set up a field hospital in Les Cayes. The USS Arlington arrived in Haiti carrying helicopters, a surgical team and a landing craft to assist in the relief effort. Several countries, including the United States, have already dispatched aid and rescue teams.

Sister Borko said it is ironic that her community came to Haiti following the 2010 earthquake and that now, after so many years, the country is probably in a worse condition today than at that time, due to its ongoing political and economic crisis and the July assassination of Haiti’s president.

“Once we had a meeting at which people shared who was kidnapped from their families, and four of the eight people had someone kidnapped in their families — including one kidnapping that was for a pair of shoes,” Sister Borko said.

In traveling to the U.S. and in order to avoid the dangerous roads connecting Haiti’s capital to the southern part of the country, the nuns said they managed to charter a small plane from Jacmel directly to Port-au-Prince before flying to New Jersey Aug. 18.

The Felician Sisters based in Jacmel organize reading and computer literacy and other job training and religious educational programs, as well as a mobile health clinic serving the region.

When the country’s political situation settles down, they plan to open a bakery in Jacmel to provide jobs and income for local residents, said Marcia Wallander, chief of mission for the Felician Sisters in New Jersey.

Meanwhile, the sisters will use their time in the U.S. to fundraise and gather supplies for their activities in Haiti.

“It is so complicated to ship to Port-au-Prince,” Wallander told CNS.

“The sisters go to the port to pick up the barrels,” and sometimes they have to negotiate to get the shipment, she said. “They know how to work within the community and have a ministry of presence, living and working like the people.”

Founded in Poland in 1855, the first Felician Sisters arrived in North America in 1874 to minister to the immigrant and indigenous families of Polonia, Wisconsin. They established eight provinces across the United States and Canada.