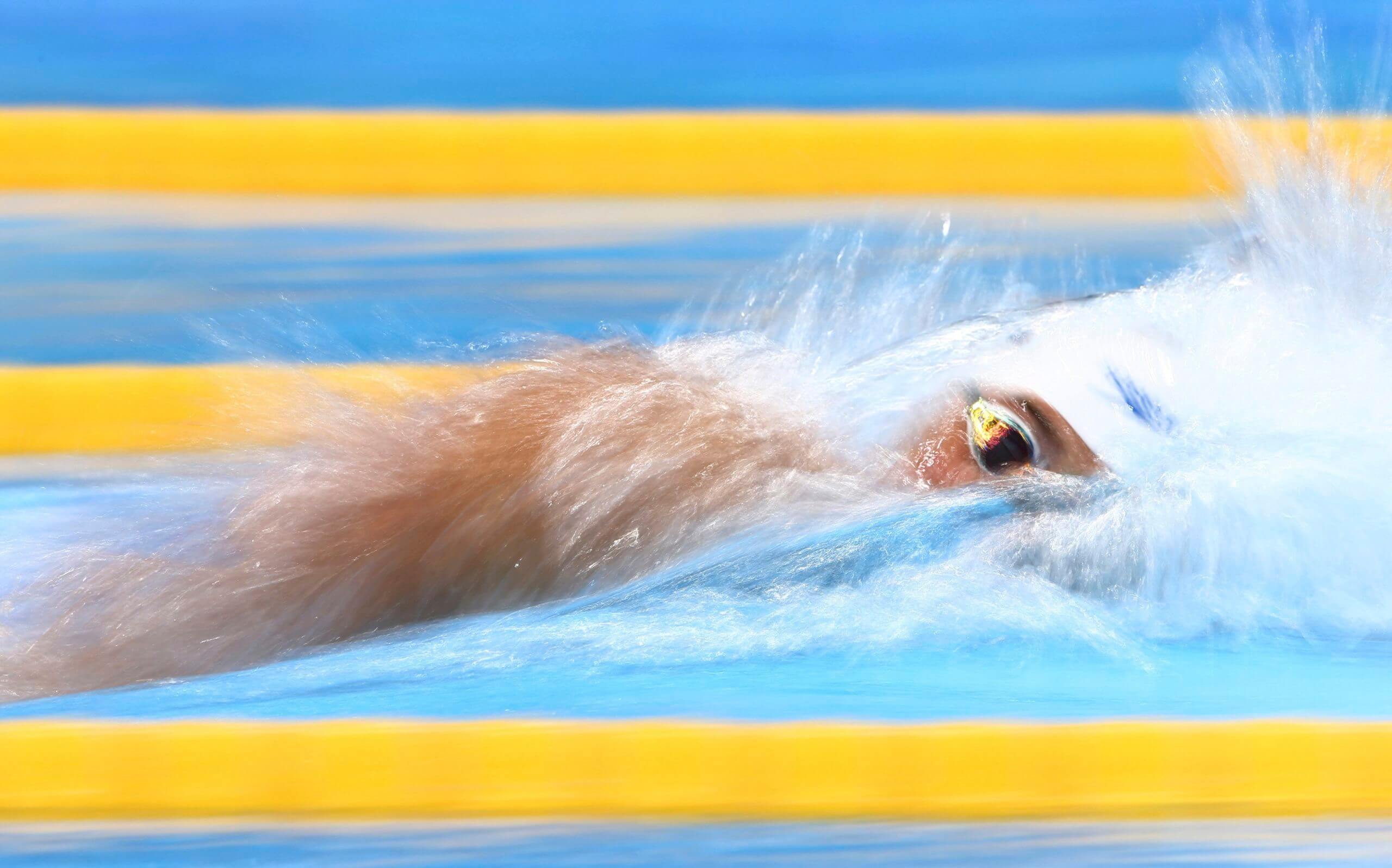 Gunnar Bentz, a graduate of St. Pius X High School in Atlanta and an Olympic athlete, is described by his former swim coach Scott Carter as a “quiet professional.”

Bentz “was never the most vocal guy on the team; he just led by example,” said Carter, the school’s head coach for swimming and diving.

Whenever Bentz did something in the water, it was just to make sure he was at the peak of performance, the coach told The Georgia Bulletin, newspaper of the Archdiocese of Atlanta.

Bentz and former classmate Daniel Haugh went to Tokyo to compete in the Summer Games July 23-Aug. 8. They both graduated from St. Pius X High School in 2014.

For Bentz, the Games ended July 27 with his seventh-place win in the men’s 200-meter butterfly, but as the website swimswam.com reported, he leaves Tokyo “as the highest-placing American man in the 200 butterfly.”

Bentz, 25, also announced his retirement from swimming after his final event.

Haugh is a hammer thrower, and his events are still to come: the Aug. 1 qualifying round and the Aug. 4 final.

“He was always practicing,” said McClay. “He was just that dedicated to his craft. He obviously had talent based on how quickly he picked it up, but I suspect it’s his dedication that made him an Olympian.”

After graduating from the Atlanta Catholic high school, Haugh attended the University of Alabama. There, he became a two-time All American and holds the university’s record in the weight and hammer throw.

He transferred his senior year to Kennesaw State University. In 2018 and 2019, Haugh was the U.S. track and field champion. In spring 2019, he won the NCAA championship.

“His focus will definitely help him,” said McClay after watching Haugh compete in the trials. “That sort of focus on ability to perform under pressure will serve him well this year in Tokyo. I’m really looking forward to watching him.”

The Tokyo games were Bentz’s second appearance in the Olympics. In the 2016 Rio Olympics, he won a gold medal as a member of the 4×200 freestyle relay team.

“In the last Olympics, he went as a relay swimmer,” Carter said prior to the beginning of this year’s Games. “The fact that now he’s going at the chance to get an individual medal is going to be a huge motivator for him.”

While in Rio, Bentz and three other U.S. swimmers made headlines for their involvement in an altercation at a gas station. Bentz was questioned by police and released. He apologized for his part in the incident, and after four-month suspension from competition, he was able to put it all behind him.

While attending St. Pius X High School, Bentz was a two-time All American and still holds the state record in the 200-meter individual medley and the 100-meter butterfly. In his senior year, the school earned its first boys’ state swim and dive championship.

After high school, Bentz attended the University of Georgia. He graduated with a bachelor’s degree in business management and aerospace studies and holds the university’s records in the 200-meter butterfly and 200-meter individual medley.

“I feel blessed that he did swim at St. Pius,” said Carter. “To see what he’s become today as an adult makes me really, really proud.”