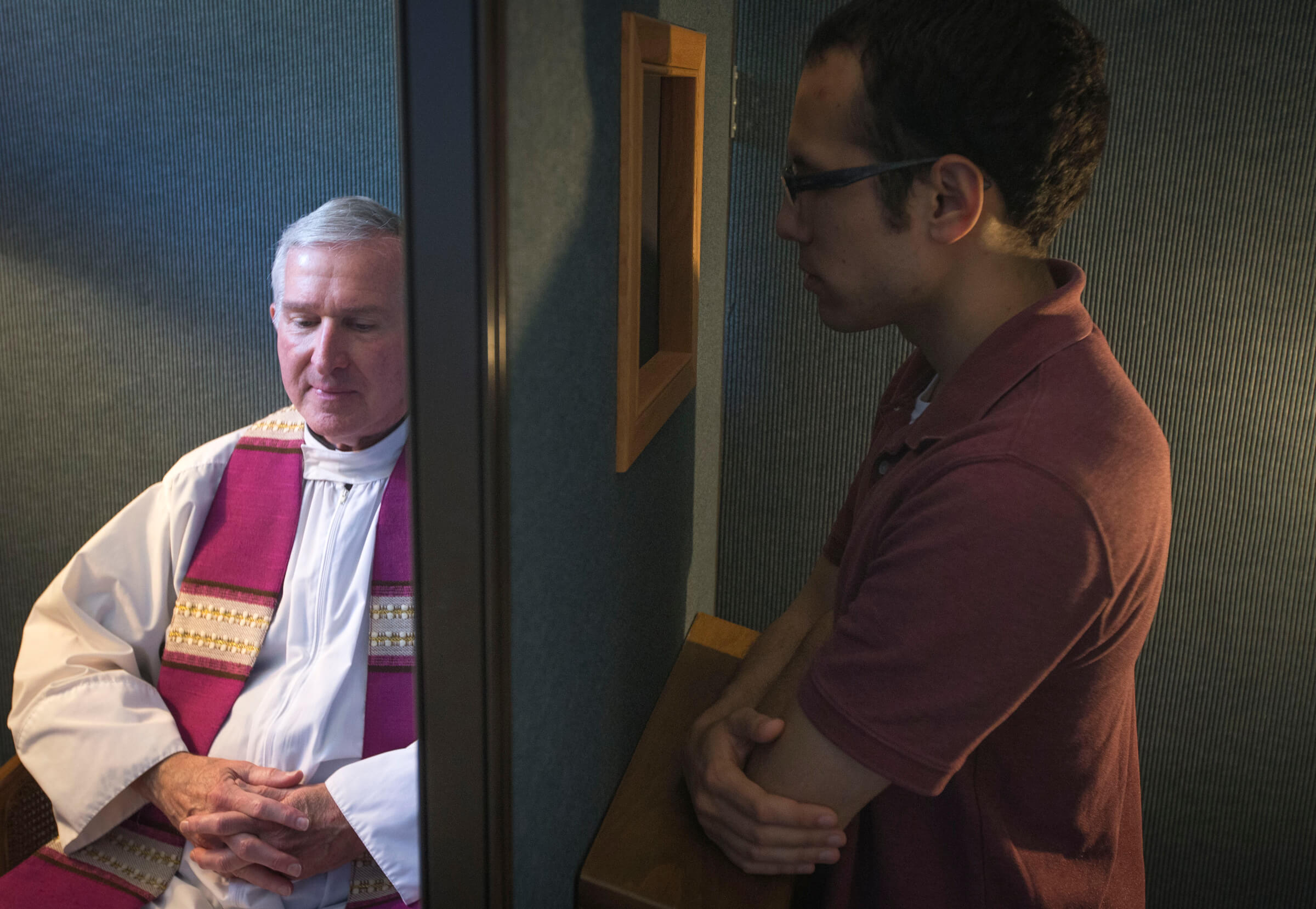 The seal of confession

When Ethan K. Alano walks into the reconciliation room at Queen of Peace Catholic Church in Salem, Oregon, he bares his soul before God and goes into detail about his sins during confession. Alano’s trust in the priest is solid.

He is certain that anything he says in the confessional is confidential, allowing him to air his sins in complete specificity so that he may receive a just penance, reaffirming his relationship with the Lord.

That penitential confidence is a centuries-old rite in Catholicism and protecting it from governmental intrusion goes beyond tradition, religious freedom and Church law, said Auxiliary Bishop Peter Smith of Portland, who also is a canon lawyer.

It disenfranchises the sacrament if the faithful believe there is the slightest possibility that civil authorities could compel a priest to reveal what they have shared in the confessional, Bishop Smith told Catholic News Service in a May interview.

In the confessional, “people encounter the mercy of God,” he said. “They encounter God’s forgiveness of them, but they also encounter the Lord helping them to live their lives more fully as he calls them to. So, that’s what we should experience in the sacrament of reconciliation.”

It’s the humanitarian benefit for the individual and society that has motivated the church in making the priest-penitent privilege absolute.

So much so that the Code of Canon Law states the penalty for a priest who violates the seal of confession is automatic excommunication, which can only be lifted by the pope himself.

The punishment is that severe because penitents must be able to confess their sins in specificity in order to be reconciled with God and trust that the priest will honor confidentiality of the confessional, said Father Thomas V. Berg, professor of moral theology at St. Joseph’s Seminary in Yonkers, New York.

The sanctity of the seal of the confession frequently prompts priests to assert that it’s an easy choice to make when deciding if they will obey a civil law that would compel them to reveal information heard in the confessional or face church penalty and eternal damnation.

“I would never, ever allow them to force me to tell them anything I heard in the confessional,” said Father Lawrence Goode, pastor of St. Francis of Assisi Catholic Church in East Palo Alto, California. “Certainly, I’d be willing to go to jail over it.”

Elected officials in the United States, Australia, the United Kingdom, Ireland and Chile have in recent years proposed laws that would compel priests to violate the seal of confession to report cases of child sexual abuse disclosed in the confessional.

While priests, bishops and Catholic leaders are especially sensitive to the need to bring those who sexually abuse children to justice, they object to any violation of the priest-penitent privilege in the confessional.

From a canonical viewpoint, the priest serves as a liaison between the penitent and God in the confessional and any information he hears doesn’t belong to him and therefore is not his to reveal, said Dominican Father Pius Pietrzyk, a canon and civil lawyer who teaches at St. Patrick’s Seminary and University in Menlo Park, California.

Historically, the Church has affirmed the inviolability of the seal frequently, from the Fourth Lateran Council in 1215 through the Catechism of the Catholic Church and the 1983 Code of Canon Law.

If the priest is acting within the true spirit of the sacrament, he helps guide the penitent to making restitution if the sin has wronged someone else and he can withhold absolution if he doesn’t believe they are truly sorry for their offense, Bishop Smith said.

“One of the most important things and probably overlooked about confession is that first and foremost it’s a human need,” Father Berg said. “For centuries it has been the trust and the certainty of the laity that that is the one place they could relieve conscience of anything.”

Weekly confession for Elizabeth E. Santamaria of Palo Alto, California, has provided her with the serenity and stability she says she needs as she and her husband prepare for the birth of their first child later this year.

“Because I go to confession about once a week, I’m routinely examining my conscience in preparation, and the counsel I receive from the priest as he gives me my penance is invaluable,” Santamaria said in a May interview with CNS. “Not only does it unburden me of my sins, I believe it makes me a better person and a better citizen of the world.”

“It’s not a place for long-term counseling,” he told CNS. “But, the priest will offer spiritual counsel.”

That spiritual guidance is what Madison Richter-Egger of Omaha, Nebraska, has come to depend on in her regular confessions, to keep her emotionally and morally grounded.

“When I’m the most honest and raw with what’s happened in my life in the past month — or however long it’s been since my last confession — is when it’s most fruitful for me,” Richter-Egger said. “I don’t know where I would be without it. It’s really important to me.”