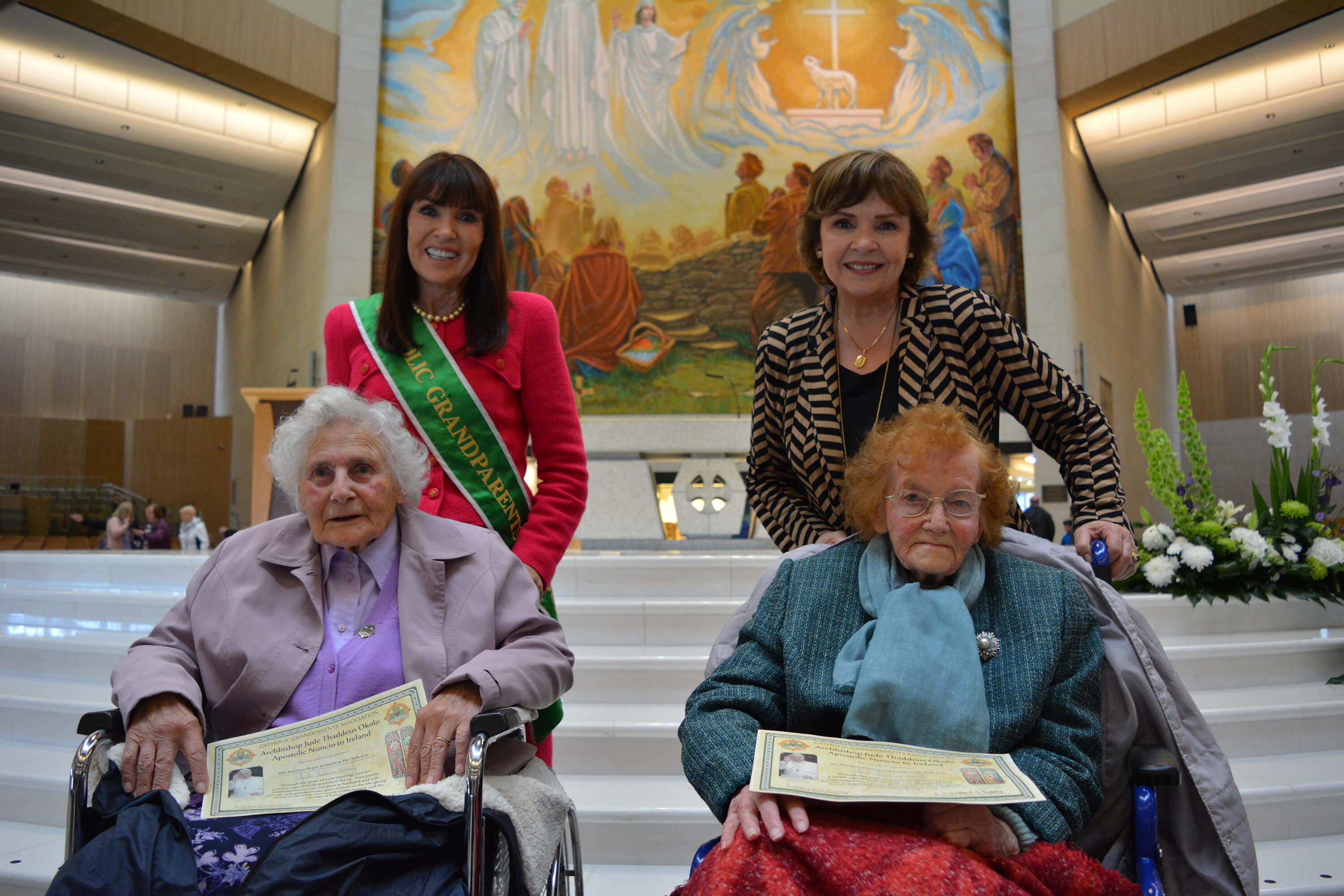 The gift of grandparents

Catherine Wiley, 71-year-old grandmother of 10, believes the role of grandparents has never been more crucial than today.

“Today we are faced with considerations that our parents and grandparents could never ever have imagined,” Wiley told more than 5,000 grandparents at the national shrine in Knock, Ireland.

At a Mass for grandparents last year, Wiley, founder of the Catholic Grandparents Association, said the Church should establish a world day of prayer for them in recognition of their role in sustaining and passing on the faith. She suggested the date be July 26, the feast of Sts. Joachim and Anne, grandparents of Jesus.

“We know our faith sustains and enriches us, and we want more than anything for our children and grandchildren to know and love that faith, that steadfast love of Jesus Christ that guides us through difficult times,” she said.

Wiley told Catholic News Service she thought it was “hard to be a grandparent in this day and age.”

“We live in a disposable society,” she said. “When grandparents are healthy and fit, everybody wants them, but when they are not so healthy and fit, and they become a burden to the family, it is a different story altogether.”

She said today’s grandparents dealt with “fragmented families, divorced families and all sorts of combination families” and “we are doing our best. The art of being a grandparent means you have to navigate your way through and keep the peace and be unobtrusive, but hold your own as well.”

Wiley, who along with her husband, Stewart, has established branches of the Catholic Grandparents Association in Britain, the United States, Australia and the Philippines as well as Ireland, told congregation members at the Mass their presence at the pilgrimage for grandparents sent “a very important message” to their children and grandchildren of what the Church and faith means to them.

Among those who participated in the Mass was Jessica Casey, 12, of Charlestown, Ireland. She brought laughter and smiles to the faces of many of the congregation with her poem to one of her grandmothers, Helen McGrath. She prayed that God would keep her grandmother safe because she still had to teach her “how to take a selfie and hashtag on Twitter.”

Accompanied by her other grandmother, 72-year-old Angela Casey of Charlestown, Jessica told CNS she has her grandmother on speed-dial on her mobile because just hearing her voice makes her smile.

Marilyn Henry is national coordinator for the Catholic Grandparents Association for the United States. The 67-year-old and her husband, Deacon Ken Henry, have 11 grandchildren, ages 2-19.

Their parish, Prince of Peace in Houston, approached the Catholic Grandparents Association and invited them to help with the children’s Liturgy of the Word.

“So, one Sunday a month, our grandparents are the ones who take the children for the liturgy,” she told CNS.

The growing network of grandparents’ groups is present in 25 states in the United States and provides “support to each other through prayer and meetings” on issues like distance grandparenting.

“I really do believe Catherine’s words that we are the future of the Church, because the Church is going to die if we don’t promote it. Somehow, we missed the generation between us and our grandchildren,” Mrs. Henry said. “It was our fault; we expected that they would pick up on the faith like we did, but that hasn’t happened in most cases.”

But there is still hope, where grandparents are willing to help out, she said.

“When I expressed concern to my daughter that if she didn’t teach her kids something they would end up with nothing, she replied, ‘Mom, that’s why we have you!'”