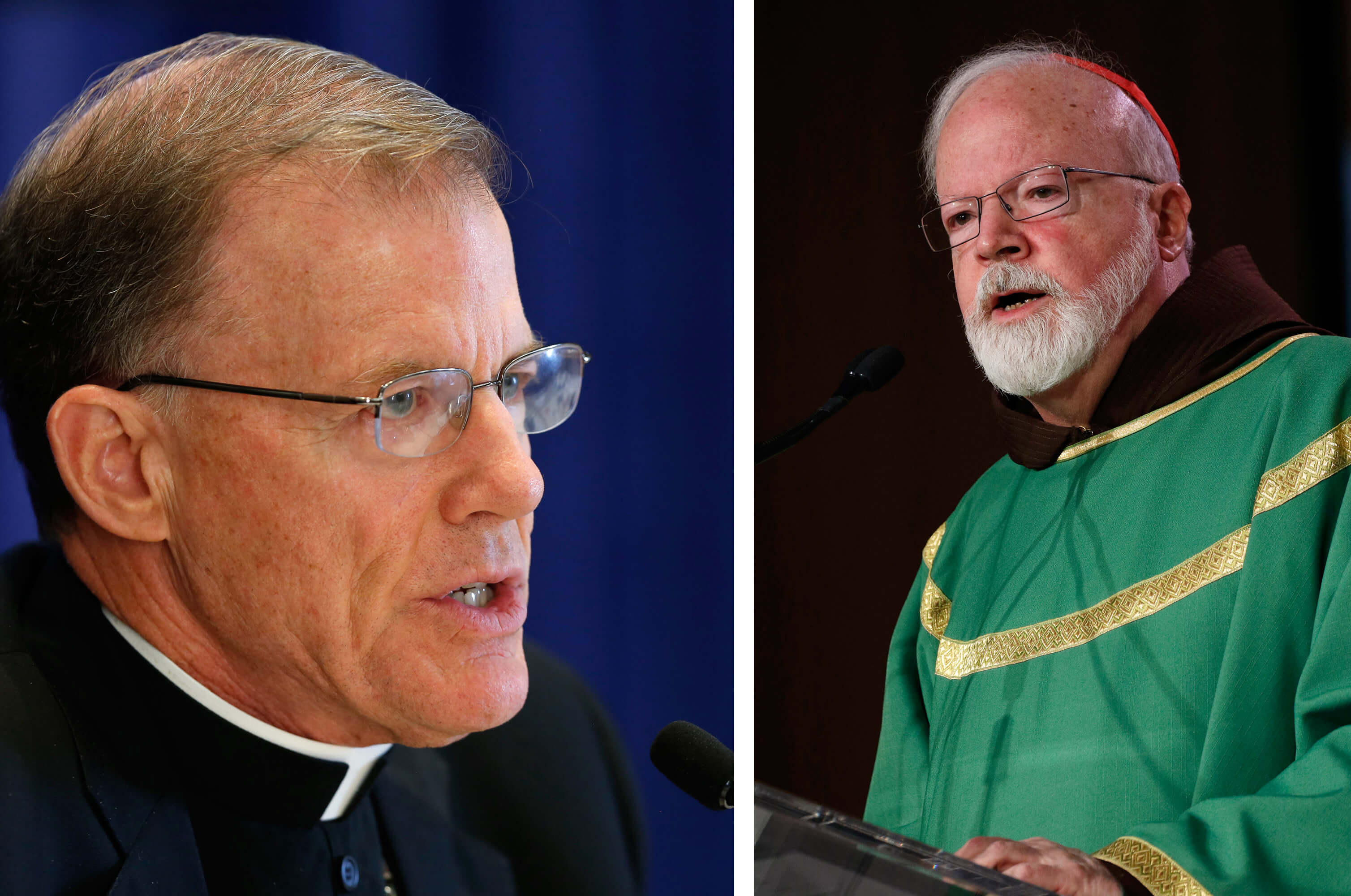 The archbishop of Boston and his counterpart in Santa Fe, New Mexico, have called for a spirit of welcome toward others, saying the current feeling of strife and enmity in the country signals a “crisis of compassion” that must be overcome.

In an op-ed published in The Boston Globe Sept. 9, Cardinal Sean P. O’Malley, Boston’s archbishop, addressed some of the attitudes toward immigrants. He also criticized U.S. policy, the treatment of migrants at the southern border with Mexico and the lack of action to find a solution to help “11 million unauthorized immigrants in our midst with no policy to stabilize their existence and provide a path to citizenship -—a policy objective advocated by the Catholic Church for decades.”

“Immigration is as ancient as recorded history. It is driven by multiple factors — people move because they are afraid, oppressed, or to escape violence and chaos. Immigration is often accompanied by human tragedy. But not always — people also move because of hopes and dreams,” wrote Cardinal O’Malley.

“They move to find new opportunities, and they move to contribute to their new country. Having worked with immigrant communities throughout my priesthood, I have seen how deeply patriotic they are when they are welcomed to this country.”

Immigration policy should combine security with a generous spirit of welcome for those in danger and in need, Cardinal O’Malley wrote.

“That necessary combination of values is seriously lacking in the United States today,” he said. “Principal responsibility for this moral failure must rest with the federal government, where policy is a product primarily of the president and Congress. But it also must be recognized that, as a society, we are deeply divided over immigration. Our divisions have produced severe human consequences — it is imperative to acknowledge some of them.”

“Almost daily we read of the increasing violence in our streets, escalating enmity in our political life, mounting alienation among families and growing discouragement among religions,” Archbishop Wester wrote.

“Examples,” he continued, “abound: bullying on the internet, personal ad hominem attacks by politicians, shaming on social media, hundreds of killings each year, racial hatred and violence, technology breaking down the bonds that unite us, addictions that isolate and fragment families, mental illness born of poverty and addiction, nationalism, as well as egoism.”

To address some of the conflict in the “crisis of compassion” the country is going through, Archbishop Wester called for a “pilgrimage of conversion” to take place from Sept. 14, the feast of the exaltation of the Holy Cross, through April 10, 2020, which is Good Friday.

“Many young have lost sight of the sacred, many old have forgotten to behold the holy,” he wrote. “Now, more than ever, we must seek the hand of God who heals all our wounds -—in our homes, in our society and in our Church.

“This is why I am declaring a special time of hope and healing throughout the Archdiocese of Santa Fe,” he added. “I invite all people of goodwill to join with us as pilgrims in seeking healing among peoples.”

For Cardinal O’Malley, the solution involves “civility and charity among the citizens of our society and toward those hoping to become citizens,” he wrote in the op-ed.

He said even though the number of adults and children at the southern border is unprecedented, it doesn’t justify the treatment they’re receiving.

“But even a challenge of this severity, in a country of our resources and capabilities, cannot justify how these children and families are being treated. The overarching policy of the U.S. government lacks justification. Rather than a humane plan, existing policy in word and deed is more focused on castigating and confining young and old, male and female, in conditions often pervasively unfit for human life and dignity.”

Instead of focusing the efforts of agencies to help relieve some of the suffering at the border “there are continuing threats made that the government will scour the country to remove people who have settled here and whose children are citizens,” Cardinal O’Malley wrote.

“First, we should recognize that economic assistance to El Salvador, Honduras, Nicaragua, Haiti and Mexico could assist people to remain in their home countries. In addition, the historic ‘guest worker’ program, which provides temporary visas for workers, can contribute to the needs of the United States as well.

“However, our policies on Central America seem exclusively focused on threats, coercion, and punishment. This is surely misguided.”

The administration’s current emphasis, however, is on what it deems as methods of deterrence, “a term at home in military policy that is now being advocated to confront people with no power of any kind,” the cardinal wrote.

“The targets in this case are not an armed array of hostile attackers. They are women, children, families,” he said.

The language used to describe those at the border is often degrading and demoralizing, he said.

“Beyond language, there are the policies to reduce the number of refugees the United States will welcome,” he wrote. “The numbers have been reduced substantially, and threats exist to reduce them to zero. The federal government recently announced it will expedite removals of undocumented immigrants without judicial appeal or oversight and move to provide for unlimited detention of families seeking asylum.”

He added: “The tenor, tone, and result of these policies communicate a distinct message: We have no room in our hearts and no space in our country for people facing life-and-death situations. This hostile spirit toward immigrants extends to proposals to expel some of those receiving crucial medical care.

“A similar spirit of lack of compassion and generosity is manifested in new proposals to focus immigration increasingly on merit-based applicants, leaving the poor excluded.”

Cardinal O’Malley said the country must remember what Scripture says in Luke 12:48: “To whom much is given, much is expected.”