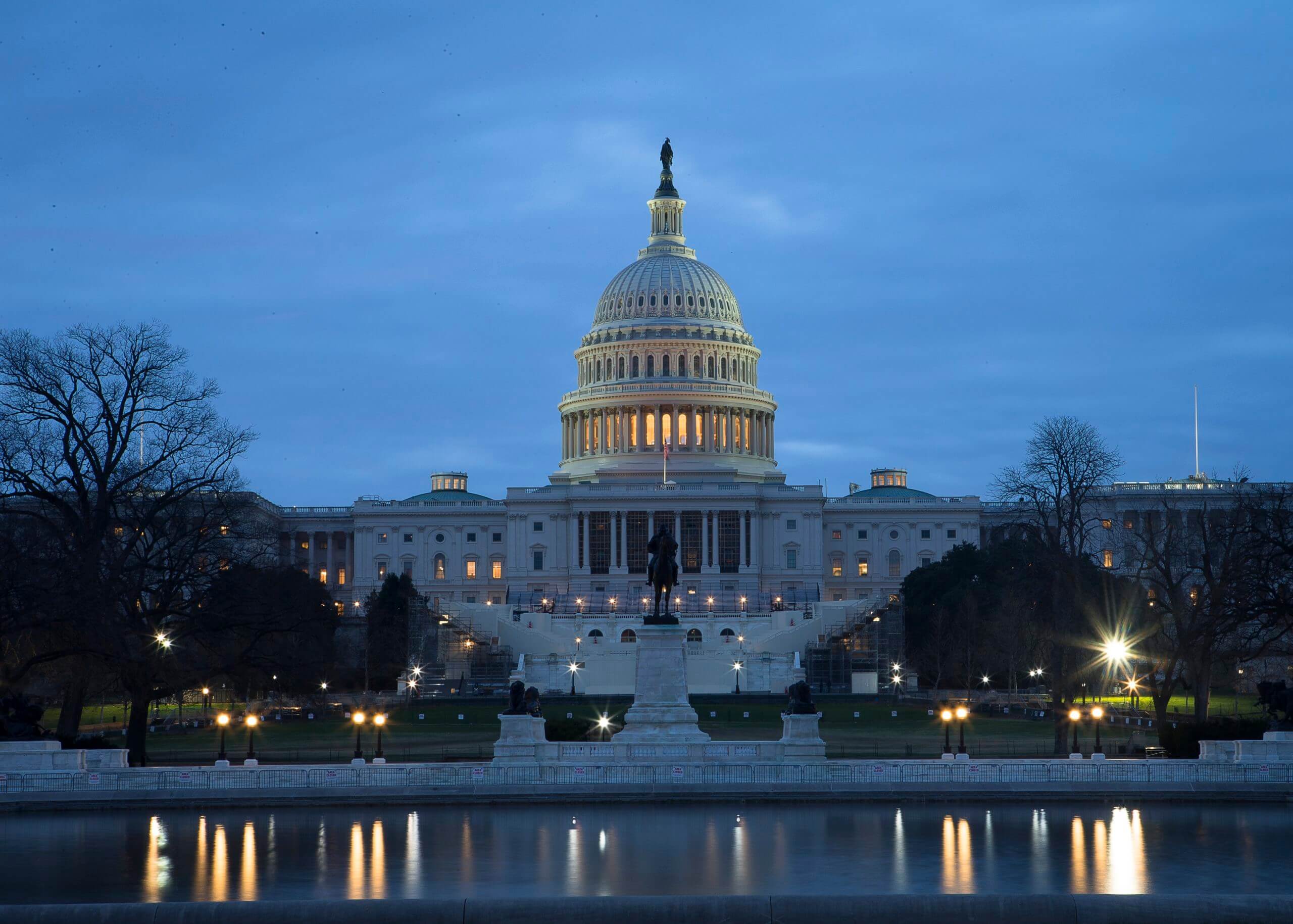 Catholics, although they make up about 20 percent of the U.S. population, remain at 30 percent of the new Congress, according to a Jan. 4 report issued by the Pew Research Center.

Catholics again are the single largest denomination in Congress, just as they are in the United States. Protestants comprise a majority of both the House and Senate – 55 percent of Congress as opposed to 43 percent of the population — but are splintered into more than a dozen different denominations.

The number of Catholics in both chambers actually dipped by five in the 117th Congress, from 163 to 158. But thanks to rounding, the percentage for both the 116th and 117th Congresses is 30 percent. However, they make up only 27 percent of freshman lawmakers. Methodists and Baptists sustained greater losses, seven seats for Methodists and six for Baptists. Lutherans also lost four seats.

Taken together, Catholics and Protestants account for 471, or 88.2 percent, of Congress.

The Democratic Party, though, is home to an overwhelmingly majority of non-Christians. In the House, Democrats can claim 23 Jews, three each of Muslims and Unitarian Universalists, two Hindus, one Buddhist and one “other.” In the Senate, eight Jews, one Buddhist and one “unaffiliated” senator are Democrats. Americans with no church home, sometimes known as unaffiliated and often referred to as “nones,” now constitute 26 percent of the country, according to Pew.

By contrast, the Republican Party counts two of its House members as Jews, and a third who declined to answer — and no non-Christians in the Senate. With the exit of Sen. Tom Udall of New Mexico from the upper chamber, all remaining nine Mormons in Congress are in the GOP.

Pew suggested a reason behind the overrepresentation of Christians in Congress. “Members of Congress also are older, on average, than U.S. adults overall,” Pew said. In the previous Congress, the average representative was 57.6 years old, and the average senator was 62.9 years old. The average American is 37.9 years old.

One trend Pew noted is the continued increase in the number of Protestants who do not claim a specific denominational affiliation, but instead identify themselves simply as “Protestant” or “Christian.” That number jumped from 80 in the 116th Congress, which was seated in 2019, to 96 in the new Congress, including 15 Republican freshman lawmakers.

The Pew report said it made no evaluations of the religiosity of any member of Congress, but instead took their responses on religious affiliation at face value. Pew used data from CQ Roll Call’s questionnaires of individual members of Congress to tally the figures.