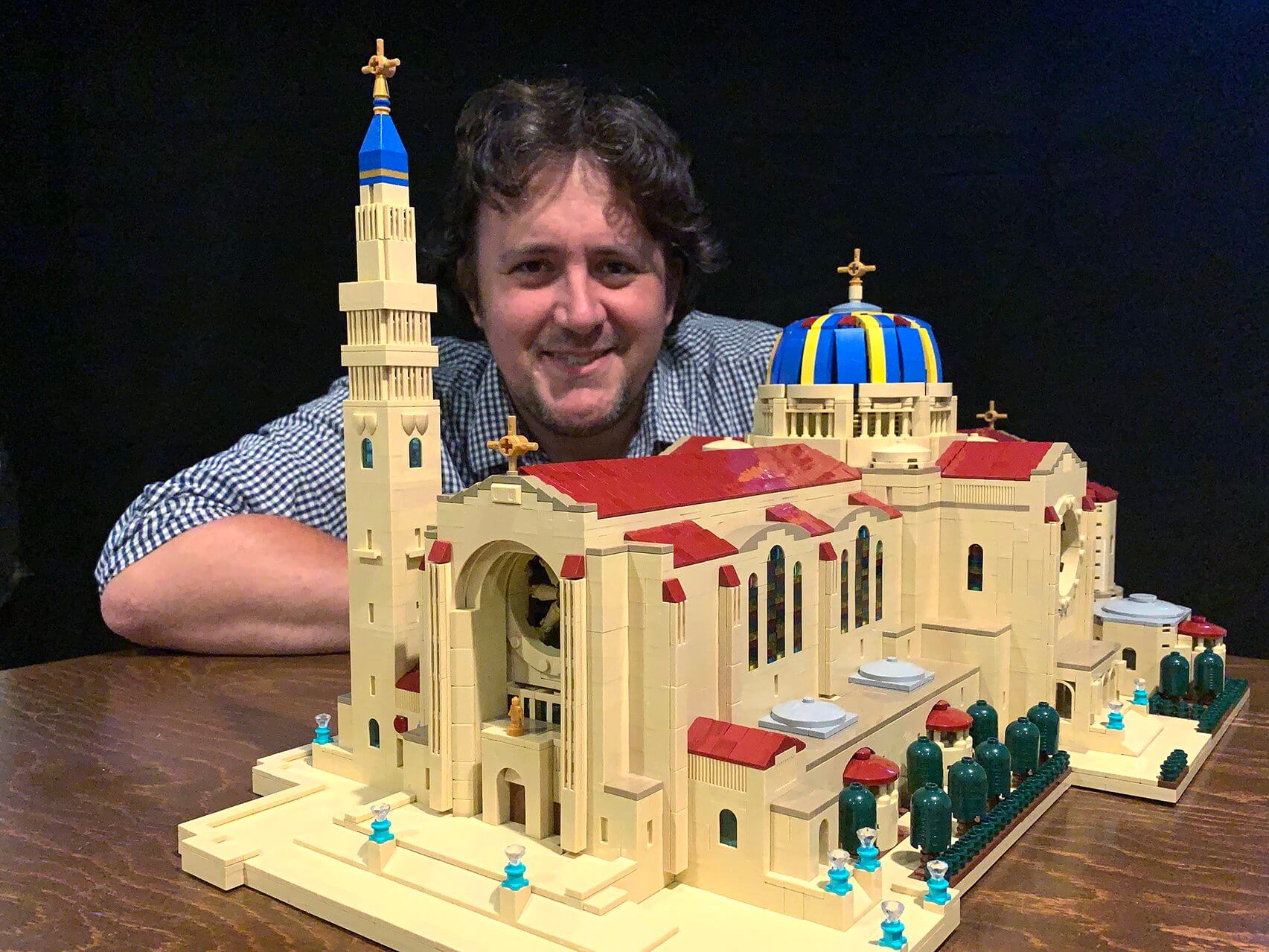 For John Davisson, the past few months of the pandemic in Washington, D.C., gave him more time to return to a hobby that began during his childhood: making Lego designs.

He started with a few pre-made kits but decided to dip into his own creations — first a replication of his home and then a model of the Basilica of the National Shrine of the Immaculate Conception.

Davisson and his wife, Amanda Erickson, live near the basilica, so the building has a special place in Davisson’s life.

“I’ve always thought it was a really remarkable building,” he said. “When you come over the horizon of a hill in D.C., you see the basilica. Especially at night, it’s a really cool sight.”

Fascinated with the building, Davisson said the idea to replicate the basilica with Legos quickly came to fruition when he realized what an interesting project it would be.

“There’s so much detail in the building; it’s such a remarkable structure,” he told the Catholic Standard, archdiocesan newspaper of Washington.

In April, Davisson took several photos of the exterior of the basilica and used a 3D tour on the basilica’s website to plan as much detail as possible. He used a Lego design software program, Studio, which includes a “full catalog of all the bricks and all of the colors that Lego has ever produced and you can use that as you would architectural design software to come up with the designs and order the pieces,” he said.

“I had done this with our house and really enjoyed the process of designing and building the model,” Davisson said.

Designing the basilica took about one month on the computer program, he said. Figuring out the scale of the replica and choosing what pieces Lego has made in the past that were available  were just some of the challenges that he said he faced, including making sure that the model would be stable.

The Lego creation is modular, so the roof can be removed to view an interior replication.

“You can separate it into individual segments,” Davisson said. “Part of the challenge was making sure that would all work out.”

The dome of the basilica presented challenges in itself as well, mostly because of its shape in contrast with the average Lego shape.

“The dome was especially hard because Lego is mostly a rectangular medium, and when you’re building an odd shape, that presents a lot of challenges,” he said. “That took several days of work off and on.”

But even though the dome was one of the most difficult parts, Davisson said it ended up being one of his favorites.

“The dome was really complicated,” he said. “The rose windows in particular also took quite a while to puzzle through and were delicate to assemble because they use strange connections to position Lego pieces in a radial fashion, but I think they came out really well, and they look really good in the final project.”

Davisson, who is a full-time attorney, said that he welcomed the project as a good creative outlet during a time when the social aspect of life was much quieter.

Share This Post
Basilica of the National Shrine of the Immaculate Conception, Washington D.C., John Davisson, Legos
See More
Last Article
St. Francis of Assisi: Eyes to heaven and feet on Earth
Next Article
Christ Our Hope: Building a Vibrant Church
Back to Vermont Catholic Magazine