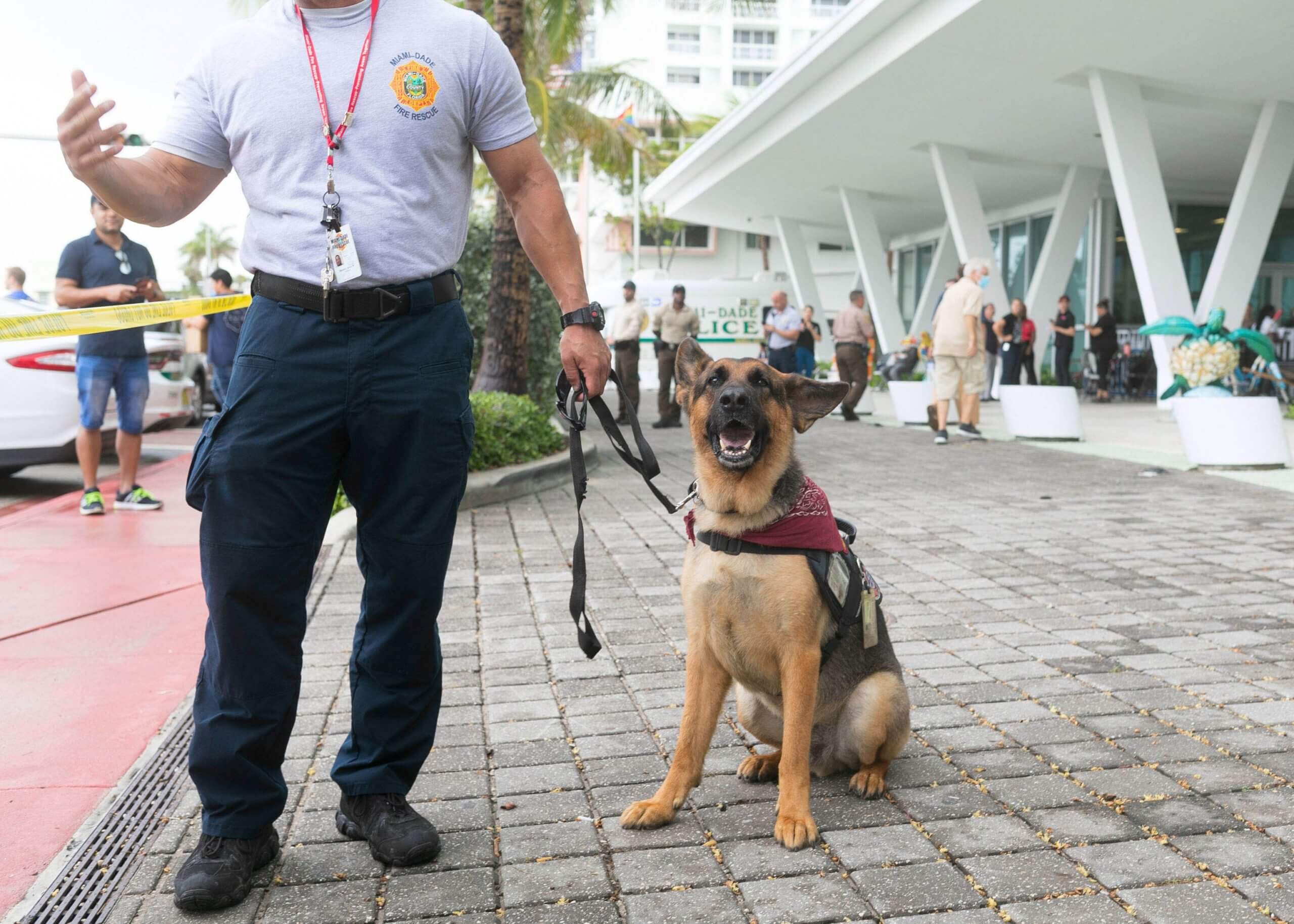 It is an understatement to say the people and staff of St. Joseph Parish will be living the crisis of the Surfside condominium collapse in a most intimate way for some time to come.

No other Christian house of worship is so close to the ground zero of Champlain Towers South as St. Joseph. The remains of the tower that went down and the still-standing tower can be easily seen in the distance from the church grounds.

Then there is the human connection: The parish pastor, Father Juan Sosa, has reported that 10 of its registered families remain missing following the collapse and two families who were not in the building at the time are safe.

It is possible, Father Sosa said, that other families who lived in Champlain Towers South and who worshipped at St. Joseph informally may be among the missing, since the area is known as a vacation spot full of short-term rentals and international visitors from South America and beyond.

“Plus there are the many who used to come on weekends from other parts of Miami who have worshipped with us, and so we are very touched by the idea of the whole community being bound together and praying together,” Father Sosa told the media June 25, just before celebrating a morning Mass for the missing, their family and friends.

“For us it is very important to have something to do at this time to bring hope to those people,” said the priest, who has been pastor of St. Joseph for 11 years and was familiar with Champlain Towers.

“I have visited the place many times and I have been to dinner with some of those members that are missing,” Father Sosa said, recalling when he first realized the buildings had collapsed.

He added that he hopes some of the 10 families unaccounted for were away on vacation at the time of the collapse.

Over the years, he said he has encountered residents of Champlain Towers while out walking and exercising. The walking paths along the ocean behind Champlain Towers and other buildings in the area are highly utilized for morning and evening hikes.

“It is like a community formed out of the need to exercise, and some of the people would stop me and ask for a blessing,” he said.

Father Sosa visited the family reunification center at the nearby Surfside Community Center twice on the day following the catastrophe, and he had an opportunity to counsel some of the Catholic families there.

He also has opened his parish parking lot for the visiting search and rescue and volunteer teams who continue working on the site. From Kendall, Florida, St. Agatha’s ministry to the homeless arrived at the parish early June 26 with water and other supplies for the search and rescue teams and their dogs.

Wind, rain and fires at the demolition site have hampered search and rescue efforts. As of June 28, the missing persons list stood at 152, with nine confirmed deaths.

Some of the surviving families have told the media that this crisis won’t be over for them until they receive word of their loved one’s status.

“I am an optimist but sad about this horrible situation. It reminds me of Sept. 11, 2001, but I want to keep hope alive that they will rescue more like they rescued that boy we saw on television,” Father Sosa said.

His message to those affected by the crisis is to keep up hope and “keep your heart on the one who can grant us the opportunity to see our loved ones, and that is God. Keep your hearts open so you will be able to feel and experience, in the midst of grief, the healing presence of the Lord,” Father Sosa said.

“May we continue to work together to help the needy and support our rescue teams and searchers as well as the many at the Surfside center and other places who are relating to each other in ways they didn’t relate before,” he added. “Now, somehow, we are all together trying to alleviate the situation and pain caused by this.”