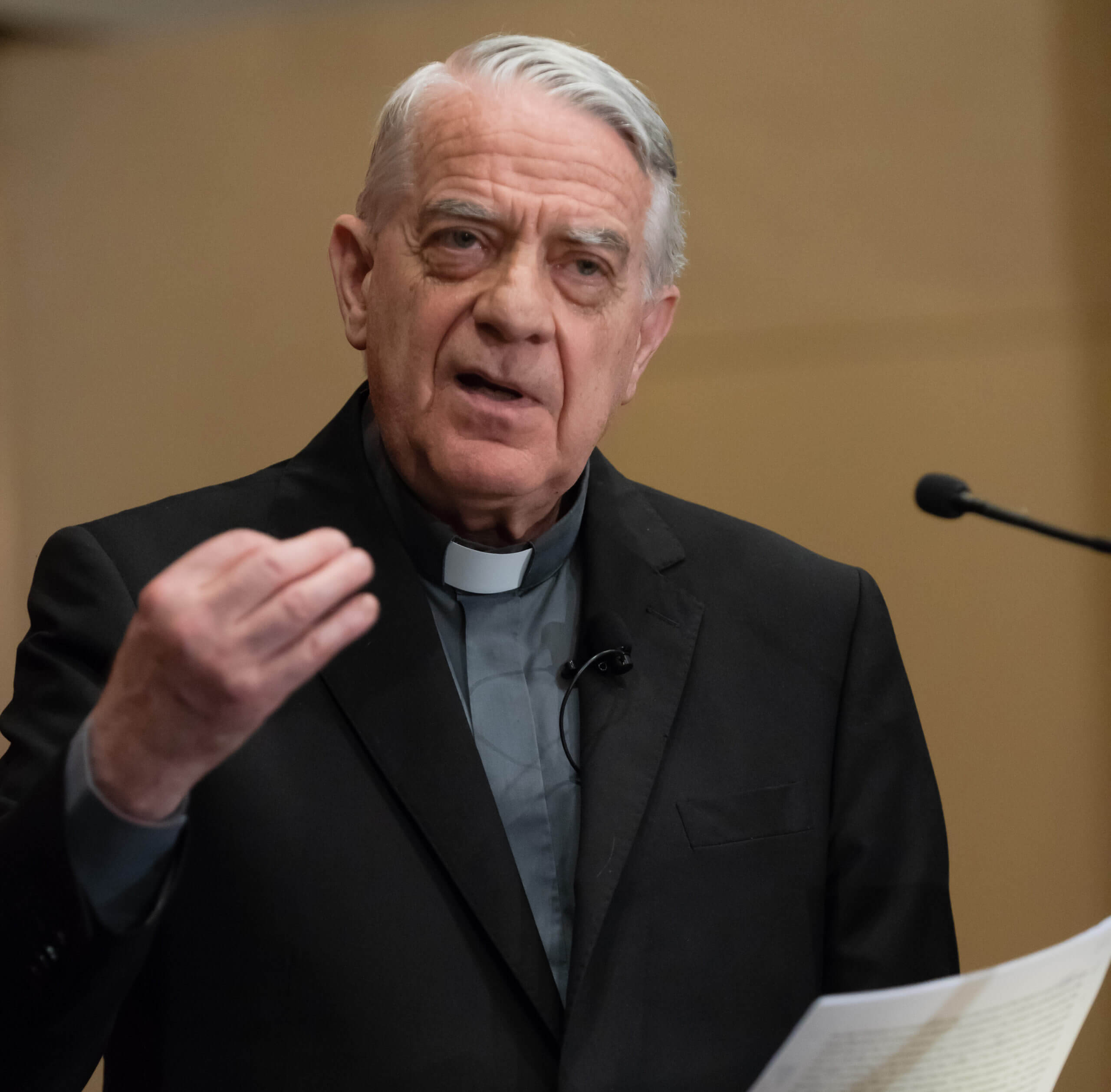 Photo Credit: CNS/Leo Sorel, Fordham University - Being unable to physically receive the Eucharist is a form of sacrifice, but it can also be a time for spiritual growth, said Jesuit Father Federico Lombardi. Father Lombardi is pictured in a 2018 photo.

Longing for Eucharist can be exercise in spiritual growth, Jesuit says

Being unable to receive the Eucharist is a form of sacrifice, but it can also be a time for spiritual growth, said Jesuit Father Federico Lombardi.

The current situation that many people are experiencing of forced abstinence from the Eucharist “can become a time of growing in faith, of desire for the gift of sacramental Communion, of solidarity with those who for various reasons cannot benefit from it, of freedom from the sloppiness of habit,” he wrote.

“To understand once again that the Eucharist is a freely given and unexpected gift of the Lord Jesus,” which should be desired with one’s whole heart all the time, “couldn’t this also be the outcome of this disconcerting time?” he asked in an article April 18 in the Vatican newspaper, L’Osservatore Romano.

The article was the second installment of his “Diary of a Crisis” for the newspaper.

The Jesuit priest looked at the church’s long-standing, but, until recently, more neglected practice of “spiritual Communion” — inviting Jesus into one’s heart and soul when receiving the actual sacrament isn’t possible.

This and other devotional traditions have been in some way overshadowed by the “certainly good” emphasis the past few decades on the faithful taking an active part in Mass.

Physically receiving the Holy Eucharist is extremely important, he wrote, “but it is not the only and indispensable way to unite oneself with Jesus and His body that is the Church.”

He recalled how mothers and grandmothers from his generation — who would often go to morning Mass every day — would recite traditional prayers of spiritual communion in order to stay united to God throughout their busy day.

During the pandemic when so many people are obliged to go without the Eucharist, many are increasingly feeling how much this “daily bread” is missing from their lives, he wrote.

The church accepted imposing this sacrifice on the faithful “as a sign of solidarity and participation in what is happening to entire peoples constrained by limitations, sacrifices and suffering from the pandemic,” he wrote.

“Fasting is a sacrifice, but it can be a moment for growth,” he wrote.

“Like the love of a married couple,” who, because of reasons beyond their control, “are far apart, can grow and become more deeply faithful and pure, similarly fasting from the Eucharist can become a time of growing in faith,” Father Lombardi said.