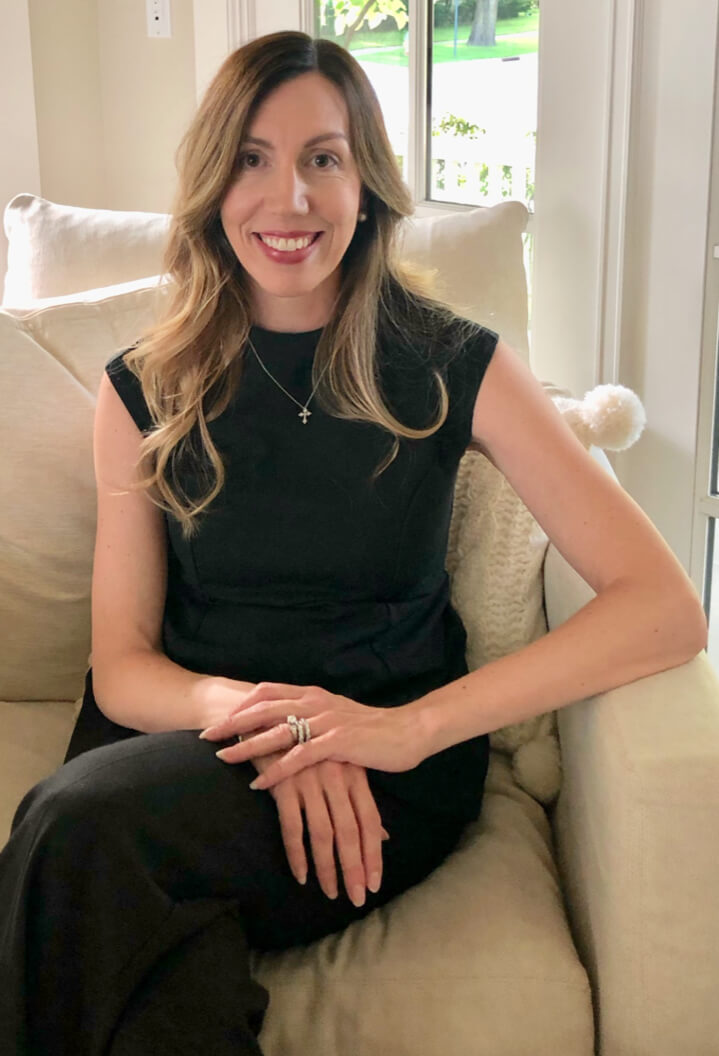 Photo Credit: CNS/courtesy Chicago Catholic - A few prayers to Blessed John Henry Newman became a "constant dialogue" and then a desperate response to an emergency for Melissa Villalobos of Chicago (pictured). Her healing, which saved her life and the life of her unborn child, was accepted as the miracle needed for the 19th-century British cardinal's canonization.

A few prayers to Blessed John Henry Newman became a “constant dialogue” and then a desperate response to an emergency for Melissa Villalobos of Chicago.

Her healing, which saved her life and the life of her unborn child, was accepted as the miracle needed for the 19th-century British cardinal’s canonization.

Pope Francis announced July 1 that he will declare Blessed John Henry Newman a saint Oct. 13. Coincidentally, the miracle accepted for his beatification in 2010 also involved someone from the United States: Deacon Jack Sullivan, 71, of Marshfield, Massachusetts, was healed of a severe spinal condition in 2001.

Recounting her own story, Villalobos, 42, told Chicago Catholic that in 2011, “my husband brought home a couple of holy cards with Cardinal Newman’s picture on them. I put one in the family room and one in our master bedroom.”

“I would pass his picture in the house and I would say little prayers to him for whatever our family’s needs were at the time — the children, my husband, myself. I really started to develop a very constant dialogue with him,” said Villalobos, a mother of seven.

Her prayers had a miraculous result in 2013 when she started bleeding during the first trimester of a pregnancy. At the time she had four children — ages 6, 5, 3 and 1 — and a previous pregnancy that had ended in miscarriage.

“When I went to the doctor, he did an ultrasound and he said the placenta had become partially detached from the uterine wall, so there was a hole in the placenta and that hole was allowing blood to escape,” she said.

Villalobos also developed a subchorionic hematoma, which is a blood clot in the fetal membrane. It was two-and-a-half times the size of the baby.

On Friday, May 10, 2013, Villalobos went to the emergency room because the bleeding was worse.

Again, the doctor recommended strict bed rest, which was difficult to imagine with four small children and a husband who had to work. The doctor also told the couple that a miscarriage was likely, but if the baby survived the pregnancy, she would likely be born prematurely because she would be small.

Added to the stress was the fact that Villalobos’ husband, David, had to leave for a mandatory business trip.

“Wednesday morning I woke up in bed in a pool of blood. My husband was already in an airplane on his way to Atlanta,” Villalobos said.

She put off calling 911 because she didn’t know who would care for the children if she was taken in an ambulance to the hospital.

She made them breakfast and told them to stay put before going upstairs.

“Now the bleeding was really bad because I had just gone up the stairs, which I really shouldn’t have done. I kind of collapsed on the bathroom floor out of weakness and desperation.”

Villalobos lay there thinking she should now call 911, but she realized she didn’t have her cellphone. She also knew the force of yelling for her kids would cause more damage and bleeding.

She was hoping one of her children would wander into her room so she could ask for her phone to call 911, but they didn’t. She heard nothing from her children and the silence made her even more worried.

With thoughts of losing her unborn baby, worry for her children downstairs and wondering if she could die, Villalobos uttered her fateful prayer.

She got off the floor and verified there was no more bleeding and said, “‘Thank you, Cardinal Newman. Thank you.’ Just then the scent of roses filled the bathroom,” Villalobos said. “The strongest scent of roses I’ve ever smelled.”

“I thought to myself in that moment, ‘Oh my goodness! My baby is OK. I’m OK. My four children are OK. We’re all OK.’ And I said, ‘Thank you, Cardinal Newman,'” Villalobos said.

That afternoon Villalobos’ cure was confirmed during a weekly ultrasound. The doctor told her everything was “perfect” and there was no more hole in the placenta.

“I was able to resume my full active life as a mom,” she said.

Baby Gemma was born Dec. 27, 2013, after a full pregnancy, weighing 8 pounds 8 ounces. She had no medical problems.

Villalobos waited until after Gemma was born to report the healing to the promoters of Cardinal Newman’s canonization. In fall 2014, representatives from Newman’s cause visited Chicago and met with Villalobos and her husband.

Officials from the Archdiocese of Chicago conducted the local study of what was then just an alleged miracle and forwarded the case to the Vatican for another series of investigations. The outcome was revealed Feb. 13 when Pope Francis announced the miracle was accepted and that Cardinal Newman would be canonized.

“I was cured through Newman’s intercession so that I could continue an ordinary life, if you will, but at the same time be completely devoted to him and especially God himself and our Church,” she said.