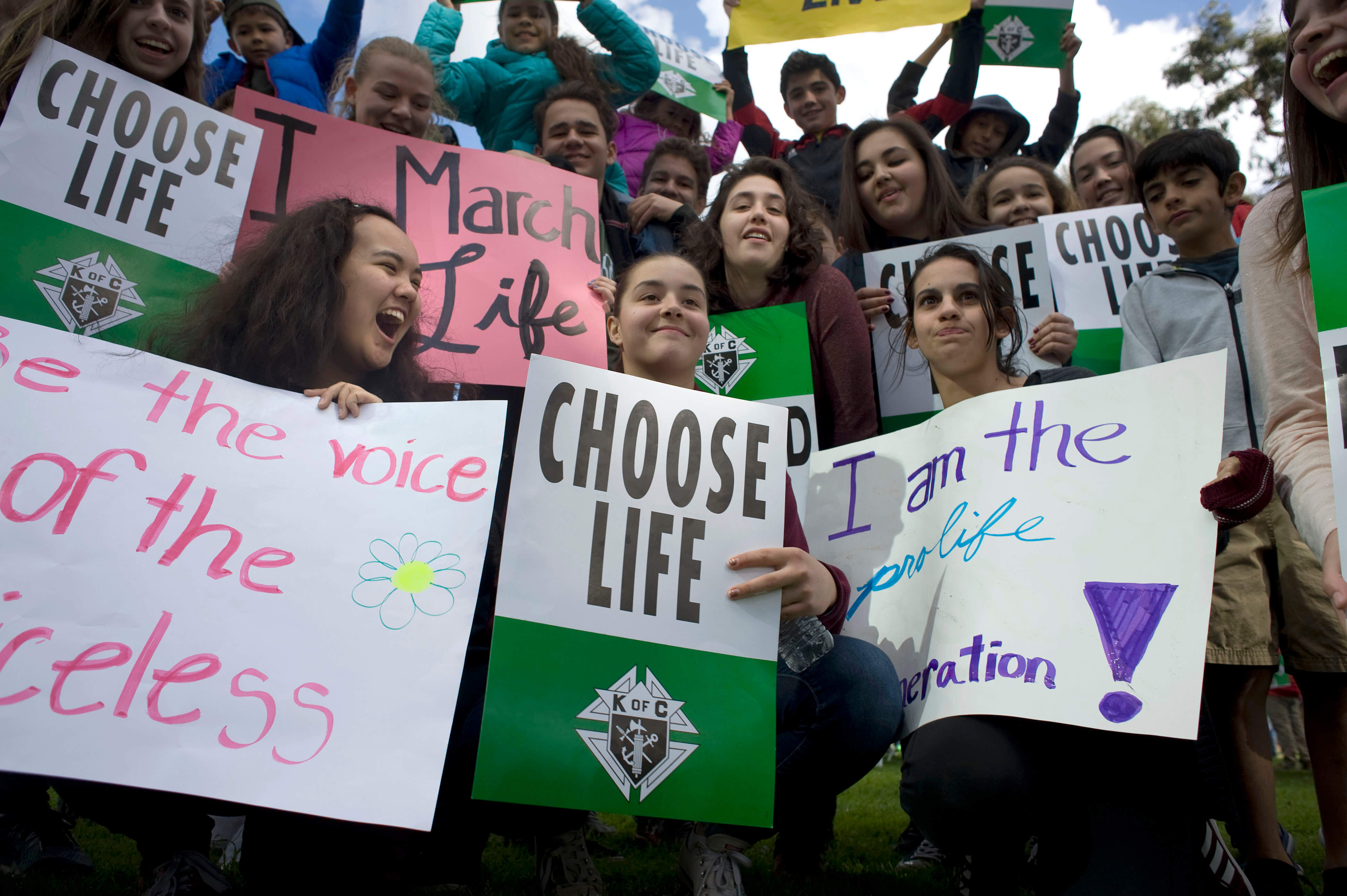 Photo Credit: CNS/David Maung - Young people participate in the annual Walk for Life in San Diego Jan. 20. A report released Nov. 21 by the Centers for Disease Control and Prevention says fewer U.S. women are having abortions than at any time since Roe v. Wade.

The abortion rate in the United States continues to decline, as do the number of abortions overall, according to a report issued Nov. 21 by the federal Centers for Disease Control and Prevention in Atlanta.

The drop in both abortions overall and the abortion rate has declined each year for a decade.

The number of legal abortions in the United States peaked in the 1980s before beginning a slow but steady decline, interrupted only by the slight rise in, or holding steady of, numbers in the late 2000s.

The CDC’s numbers are not complete. They do not include California, Florida, Maryland, New Hampshire and Wyoming because they either “did not report, did not report by age, or did not meet reporting standards,” the CDC report said.