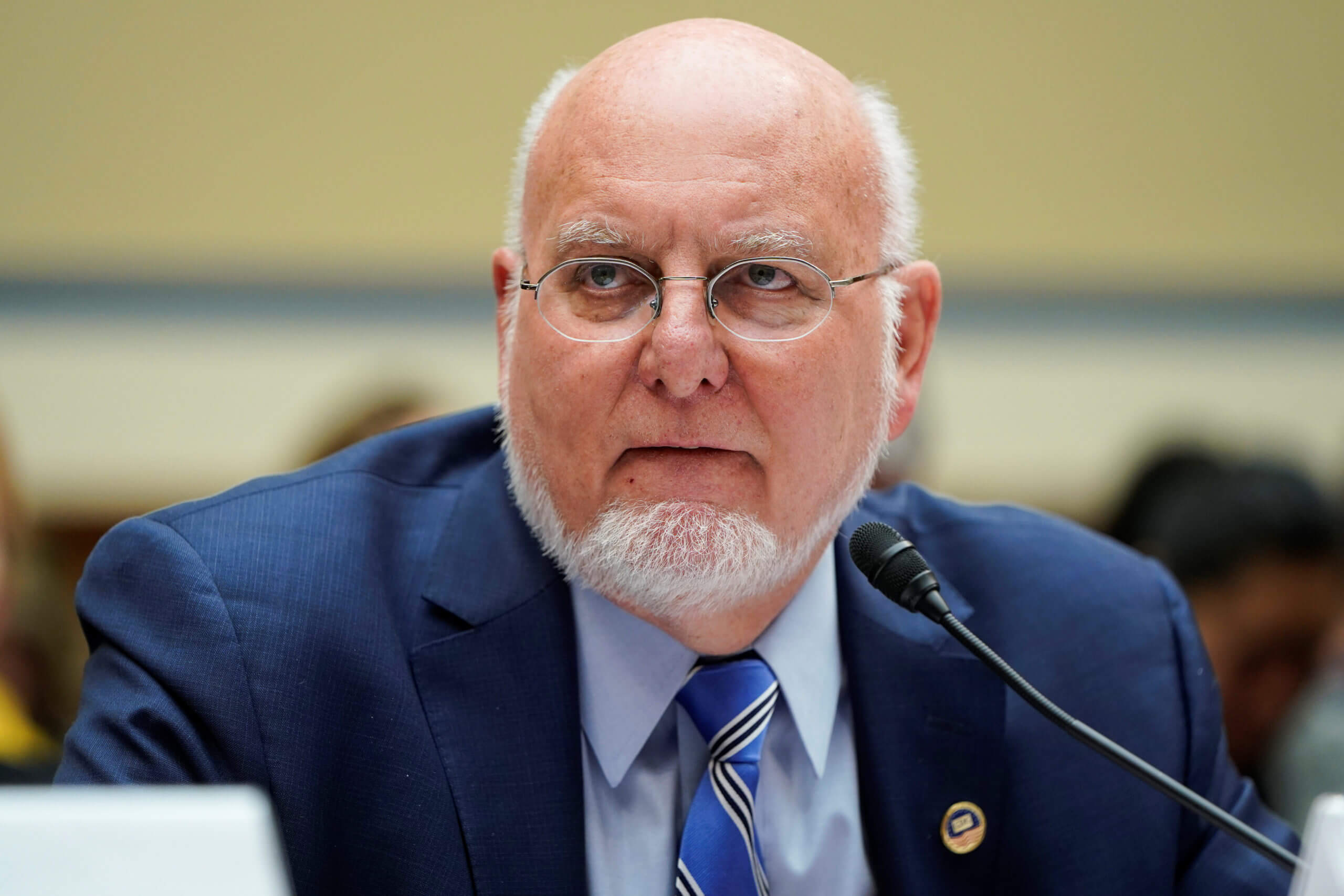 Photo Credit: CNS/Joshua Roberts, Reuters - Dr. Robert Redfield, a Catholic who is director of the Centers for Disease Control and Prevention, testifies about coronavirus preparedness and response to the House Government Oversight and Reform Committee on Capitol Hill in Washington March 11.

When Msgr. Richard Woy sees Dr. William Redfield, the director of the Centers for Disease Control and Prevention, on television these days flanked by medical experts issuing the latest guidance on the novel coronavirus he doesn’t just see one of the top health officials in the U.S., he sees one of the faithful.

Msgr. Woy, rector of Baltimore’s Cathedral of Mary Our Queen, said when he met Redfield and his wife, Joyce, “they had been active parishioners here for decades.”

As Redfield helps lead the federal response to the growing threat of coronavirus, which causes the disease COVID-19, his pastor and friends say his years of work studying viruses along with his deep Catholic faith will help guide the country through the crisis.

“Dr. Redfield is not shy about his Catholic faith. And I think it does not compromise in any way his work as a scientist,” Msgr. Woy told the Catholic Review, the media outlet of the Archdiocese of Baltimore. “I do not believe he sees any contradiction between the two whatsoever.”

While they are spending most of their time in Atlanta, where the CDC is based, Msgr. Woy said the Redfields have returned to Baltimore on weekends and attended Masses at the cathedral in February, serving as extraordinary ministers of Holy Communion.

Although Redfield was unavailable for an interview, he said in a statement that the faith community will play an important role as the pandemic continues.

In the Archdiocese of Baltimore, Archbishop William E. Lori has closed Catholic schools, issued a dispensation for Mass attendance and taken other measures to limit the spread of the disease. On March 14, the archbishop canceled all public Masses “until further notice.”

“I have witnessed firsthand the impact of the faith community’s work in global disease outbreaks,” Redfield said in his statement. “The same compassion, counsel and care will be just as important as we confront this new virus and as many Americans and others around the world experience disruption in their daily lives.”

He added, “The faith community has always stepped in to enhance response efforts where our public health and clinical settings lack the capacity or expertise to comfort patients, families and whole communities.”

Redfield came to prominence during the emergence of HIV/AIDS in the early 1980s. As a military doctor serving at what was then the Walter Reed Army Medical Center in Washington, he was the first to establish that the disease was not limited to gay men. In 1996, he founded the University of Maryland’s prestigious Institute of Human Virology in Baltimore with his colleagues Dr. William Blattner and Dr. Robert Gallo.

“He has magnificent credentials in public health. He was the first to develop a classification for AIDS and HIV, the Walter Reed classification, and was published in New England Journal (of Medicine),” Blattner said. “He spearheaded the development of treatment regimens that were more reliable than the original treatments that were being rolled out.”

Blattner said he and Redfield participated in one of the first conferences on HIV/AIDS with St. John Paul II, then pope, in the late 1980s.

In 2011, Redfield worked with Baltimore-based Catholic Relief Services in Haiti to help treat those injured by a devastating earthquake. With the University of Maryland, Redfield had also been active in Haiti to stop the spread of HIV/AIDS, mirroring his earlier work with the U.S. government in Africa.

Blattner praised the CDC’s response to the coronavirus pandemic thus far, saying the decision to ban travel from China, where the virus originated, bought the country valuable time.

“Dr. Redfield was on top of this. I mean, as soon as there was a sniff of something going on, they were on it in terms of what was going on over there. And then rapidly started to develop strategies,” Blattner told the Catholic Review.

He noted that the highly publicized problems with COVID-19 testing kits were an early setback, but he said the components are fairly sophisticated and viewed it as a short-term problem.

However, Redfield is not without controversy; many public health advocates questioned his appointment to the CDC in 2018.

Blattner attributed the opposition to politics. He said unlike many scientists, Redfield is staunchly opposed to abortion and favors abstinence over birth control measures such as condoms to stop sexually transmitted infections such as HIV.

“Whenever you’re a high-profile person and you have a strong face and you have strong political leanings that are pro-life and so on and so forth, you are going to come under attack,” Blattner said.

Redfield joined other top health officials in pushing back against some misleading information from congressional Republicans and President Donald Trump.

On March 11 during a hearing on Capitol Hill, he publicly disagreed with some members of Congress and media personalities who have attempted to label COVID-19 as the “Chinese coronavirus.”

He also said physical borders such as a wall on the border between the U.S. and Mexico would not stop the spread of the virus, which had been implied by Trump in a recent Tweet.

Blattner, who also is a Catholic and is a parishioner of the Cathedral Basilica of St. Augustine in Florida, said faith in God has grounded his and Redfield’s work

“I think that humility is an important gift that we’re given. And when you’re dealing with this kind of situation, having humility helps one to allow all of the gifted people to be able to be heard and to bring their expertise to the table,” Blattner said.

Share This Post
Coronavirus, COVID-19, Dr. William Redfield, Centers for Disease Control and Prevention, CDC
See More
Last Article
Playing it safe is pro-life
Next Article
What saints have significance to you and why?
Back to Vermont Catholic Magazine