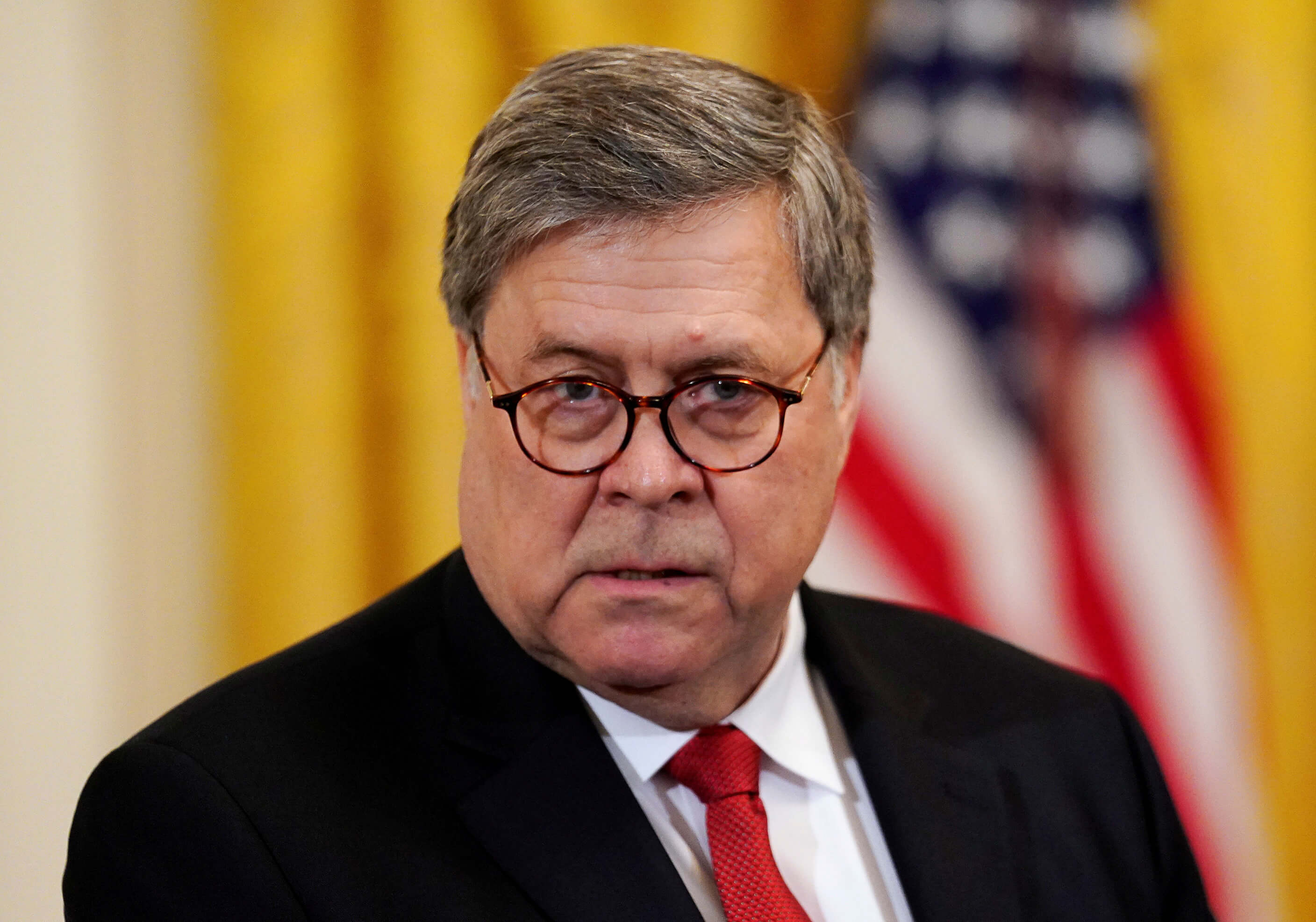 Photo Credit: CNS/Yuri Gripas, Reuters - U.S. Attorney General William Barr is seen at the 2019 Prison Reform Summit in the East Room of the White House in Washington, D.C., April 1. Barr ordered the reinstatement of the federal death penalty July 25 for the first time in 16 years.

The July 25 announcement by the Justice Department that it is reinstating the federal death penalty for the first time in 16 years was unwelcome news for Catholic leaders who have advocated against capital punishment.

“The United States’ death penalty system is tragically flawed. Resuming federal executions — especially by an administration that identifies itself as ‘pro-life’ — is wrongheaded and unconscionable,” said Krisanne Vaillancourt Murphy, executive director of Catholic Mobilizing Network, a group that champions restorative justice and an end to the death penalty.

The execution of five inmates on federal death row will take place from December 2019 through next January.

Attorney General William Barr said in a statement: “The Justice Department upholds the rule of law — and we owe it to the victims and their families to carry forward the sentence imposed by our justice system.”

The last time there was a federal execution was in 2003.

In 2014, President Barack Obama directed the Bureau of Prisons to conduct a review of federal capital punishment cases and issues surrounding the use of lethal injection drugs. According to the July 25 announcement, that review is complete and the executions can proceed.

Currently, there are 62 inmates — 61 men and 1 woman — on federal death row, according to the Death Penalty Information Center. Most of the federal death-row prisoners are at the U.S. Penitentiary in Terre Haute, Indiana.

In a July 25 statement released by the U.S. Conference of Catholic Bishops, Bishop Frank J. Dewane of Venice, Florida, chairman of the USCCB Committee on Domestic Justice and Human Development, said that Pope Francis in 2015 called for “the global abolition of the death penalty,” which he said the U.S. bishops also have supported for many years.

“In light of these long held and strongly maintained positions, I am deeply concerned by the announcement by the United States Justice Department that it will once again turn, after many years, to the death penalty as a form of punishment, and urge instead that these federal officials be moved by God’s love, which is stronger than death, and abandon the announced plans for executions.”

Sister Helen Prejean, a Sister of St. Joseph of Medaille, who is a longtime opponent of capital punishment, tweeted a brief reaction to the July 25 announcement saying that as she was about to “board a plane to Alaska to join the celebrations of 62 years without the death penalty in that state” when she learned “the federal government plans to restart executions later this year after a 16-year hiatus.”

“The DOJ regresses as the rest of our country evolves,” she added.

Other church leaders also reacted on Twitter to the announcement.

In a July 25 tweet, Chicago Cardinal Blase Cupich called Barr’s announcement “gravely injurious to the common good, as it effaces the God-given dignity of all human beings, even those who have committed terrible crimes.”

He also pointed out that last year that Pope Francis ordered a revision to the Catechism of the Catholic Church to say that capital punishment is “inadmissible because it is an attack on the inviolability and dignity of the person.”

The Sisters of Mercy called the Justice Department’s decision “tremendously disappointing” and said in a July 25 tweet that they would continue to uphold Catholic social teaching regarding the dignity of human life with education and advocacy efforts to “continue to work for the death penalty’s abolition.”

In a statement released the afternoon of July 25, Sister Prejean described the Justice Department’s announcement as a “seemingly measured statement,” which “belies the fact that this is a rush to kill: They plan three executions in one week using a new, untested — and not yet approved — lethal injection protocol.”

She also said it is “disheartening that the administration has chosen to follow the death road, when the life road calls us to work for justice for all.”

Sister Prejean, echoing a message she has said before, added: “The death penalty is deeply flawed, with a terrible history of racism in its implementation and an equally terrible history of errors, resulting in many innocents on death row. We also know that it does not offer the healing balm to victims’ families that is promised.”

Federal death penalty cases are authorized by the Department of Justice in consultation with local U.S. Attorney Offices.

Vaillancourt Murphy said in her July 25 statement that in the 16 years since the federal government executed a death-row prisoner, the American public has changed its collective thinking on the death penalty. Last October, she said 49 percent of Americans said they believed the punishment is applied fairly and currently, 25 states have distanced themselves from the death penalty in some capacity, most recently, California, with its governor-imposed execution ban in March and New Hampshire’s repeal of capital punishment by legislative veto override in May.

Vaillancourt Murphy reiterated that the Catholic Church’s teaching is very clear on capital punishment, noting the Catechism of the Catholic Church calls it “inadmissible” in all cases “because it is an attack on the inviolability and dignity of the person.”

She said the Justice Department’s announcement “flies in the face” of American values of equality and fairness “and for Catholics, above all, a belief in the sanctity of all human life.”