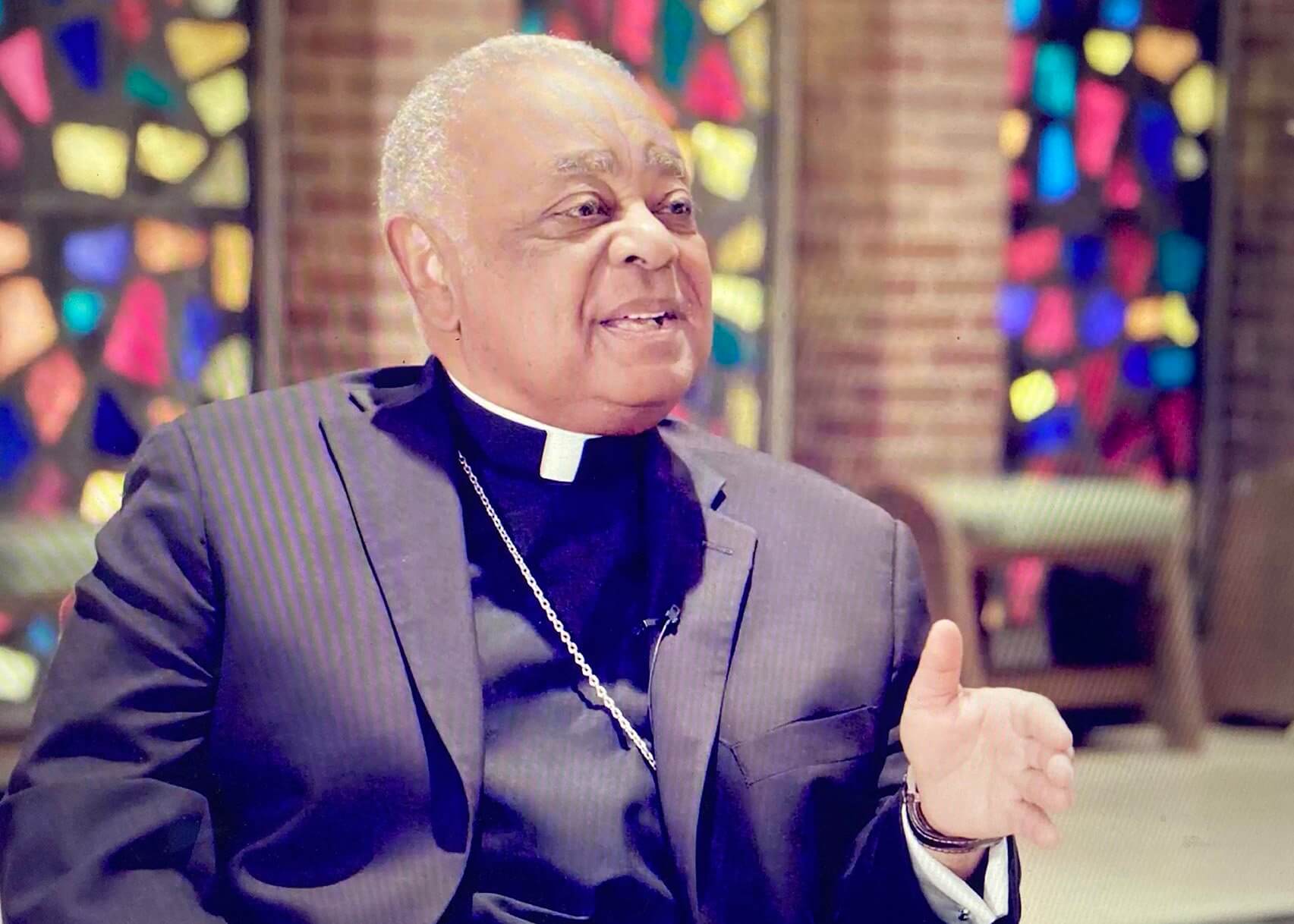 Carinal Gregory: Catholic media’s task is to wed the facts to ‘truth of the Gospel’

As the nation struggles to fight a pandemic and address social strife and racial injustice, the Catholic media have the important task of presenting news truthfully and in light of the Gospel values taught by the Church, Cardinal Wilton Gregory of Washington told Catholic media professionals June 9.

“Our Catholic communications community has to realize that not only are they people who have to get the truth, the stories (and) the facts out there, but they have to wed it to the truth of the Gospel,” Cardinal Gregory said.

The cardinal spoke on communicating Catholic unity and the gift of diversity in a video dialogue with Paula Gwynn Grant, the secretary of communications for the Archdiocese of Washington and a member of the Catholic Media Association’s board of directors.

The talk was presented during the CMA’s annual Catholic Media Conference, held virtually for the second year in a row due to the ongoing Covid-19 pandemic.

“It’s not so much just making sure you get the story right, that’s a principal activity, but it’s a matter of getting the story right and bringing into the story the fact that we are a resilient people, we are people on a journey that leads us, summons us, to Christ Jesus and summons us together,” Cardinal Gregory said.

Those working in the Catholic media, he said, “really have to say, ‘This is not the last word. The last word is to be found in the Gospels and in the church’s ministry, in the history of the church.’ That has to be factored into telling of the story, which I think my associates in the Catholic communications community really have done extraordinarily well during the pandemic, but even before.”

In its coverage of the pandemic, Cardinal Gregory said, the Catholic media “provided a platform to encourage people to engage their neighbors.”

Its coverage of the Church’s outreach and “generosity of spirit,” he said, “allowed our neighbors to realize they are part of a larger family.”

“The pandemic was not a respecter of age, race, color, religion, ethnicity. But some communities, because they are living on the periphery like Pope Francis likes to say, have greater need,” Cardinal Gregory said.

He added that some immigrant communities, elderly and people of color “simply found themselves too often in need of things that they probably never anticipated they would be” in need of.

“The poor … always live on a bubble, and the pandemic broke the bubble for a lot of poor people,” Cardinal Gregory said. “I was so proud that we were able to do so much, but I know so much more needs to be done. The work of the church certainly is to provide hands-on assistance, but the work of the church also has to embrace looking at the reasons behind why so many of these communities are disproportionately impacted.”

Cardinal Gregory also urged the Catholic media to stress that in the face of racial tension and social injustice, “as people of faith we need to speak out.”

“Even before the pandemic — and there was life before the pandemic, if we can remember it — I think we as a society were beginning to feel at times hopeless,” he said. “That is we were facing so many social, political, ethnic (and) racial challenges that at some moments I am sure all of us must have said, ‘Where is this going? Where are we going?'”

He said that in these times the Catholic media face “the challenge of restoring hope — not restoring so much as perhaps enhancing hope — to remind people we are not doing this alone. We are a people in journey together.”

“Sometimes in trying times you do feel alone, you feel like you’re trying to climb this mountain all by yourself. But, because we are people of faith, we believe we are a family moving toward the Lord together,” he said.

Pointing to the police-involved murders of George Floyd in Minneapolis and Breonna Taylor in Louisville, Kentucky, the cardinal said Catholic media coverage of such events is vital because “absolutely it is pro-life, because it involves the lives of people who are poor, people who are engaged in activities that threaten and challenge them.”

Cardinal Gregory also noted the 100th anniversary of the Tulsa Race Massacre of May 31 and June 1, 1921. Mobs of white residents attacked Black residents of Tulsa, destroying their homes and businesses. It is estimated that up to 300 persons were killed, over 800 were hospitalized with injuries and about 6,000 were held against their will.

“I would say to my Catholic media people one of the things that you do, you should do, you are doing, is tell the whole story,” he said.

“Part of the whole story is the tragedy, the awful events of violence, the hatred, injustice, the social bigotry,” whether it’s Tulsa 100 years ago or Minneapolis a year ago, the cardinal said, “but telling the whole story involves people who stand up and respond maybe in quiet, unnoticed ways, but ways that are noticed by the people who are touched by those moments of outreach and caring.”

He noted that he has written a column for the newspaper of every diocese and archdiocese in which he has led as bishop and archbishop. He has a regular column now for the Catholic Standard and Spanish-language El Pregonero newspapers of the Archdiocese of Washington.

“These stories are the source of encouragement and faith practice that are now inspiring young people … transmitting the faith to the next generation,” the cardinal said. “These stories are producing young Catholic men and women who are offended by injustice, attracted to social progress, and looking for ways to wed their Catholic faith with the world they see around us that so desperately needs correction.”

He said he has the “deepest respect for our Catholic media,” acknowledging theirs is “a challenging job.” “I have a challenging job, but you have one that also asks you to sort through all of the human mess, but never to be overwhelmed by it, never to be broken by it.”

He also prayed that journalists in the Catholic media continue to do their reporting “honestly, courageously, joyfully” and that they realize “in the work that they do, they are the evangelists the Lord is using at this moment.”