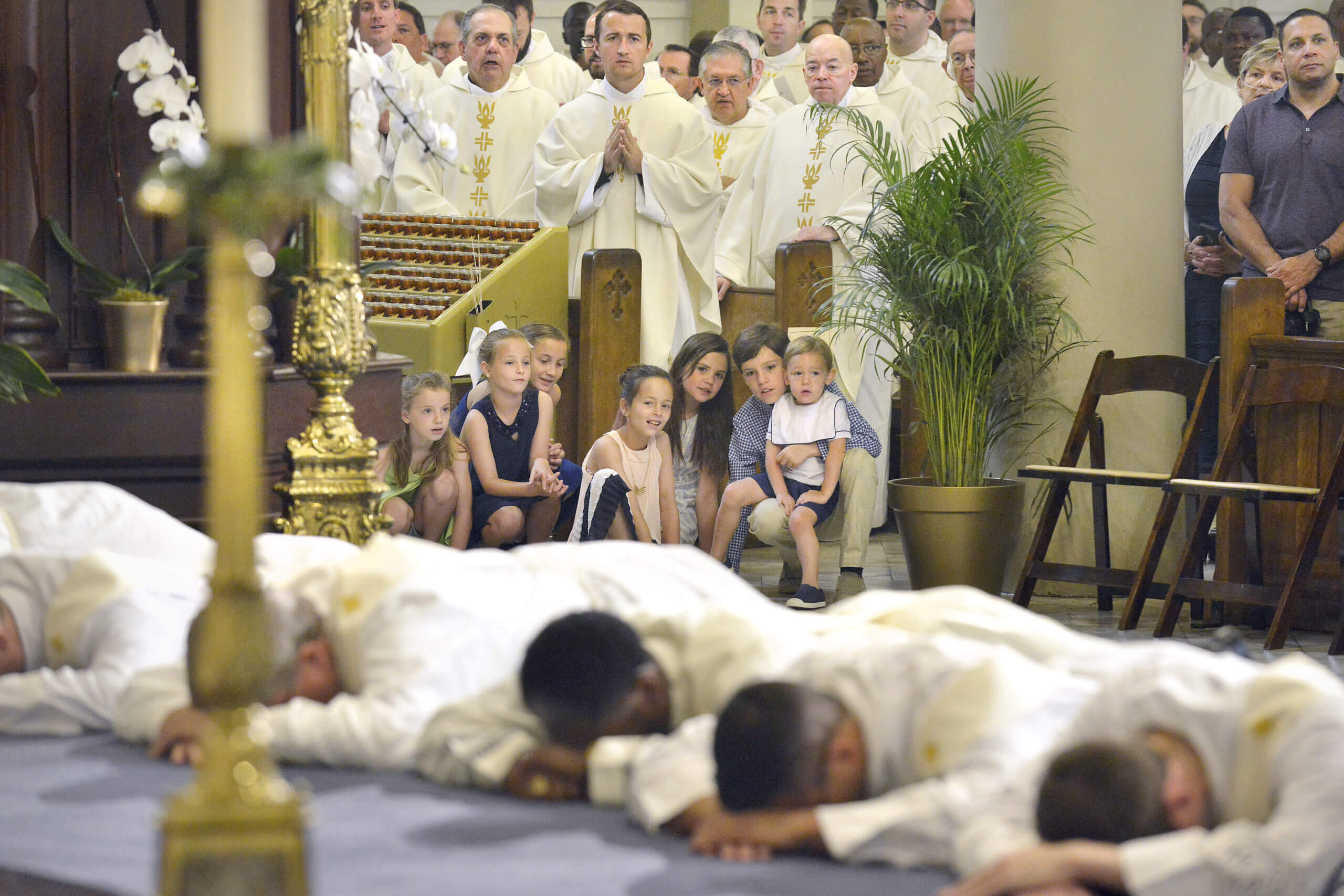 The annual survey of seminarians scheduled for priestly ordination this year reveals continuing trends and suggests potential trends in the making.

“We’ve been consistent over the last 20 years in terms of the age of men being ordained to the priesthood. It continues to hover into the low to mid-30s,” said Father Luke Ballman, executive director of the U.S. bishops’ Secretariat for Clergy, Consecrated Life and Vocations.

“Consistently over the last 20 years, the age has slightly decreased each year such that we’re seeing a slight reduction by a couple of years in terms of the average age of the man being ordained,” Father Ballman said.

“One of the things we have studied is cultural ethnicity and vocations where you have different immigrant groups, cultural groups, (with a) disproportionately high number of vocations,” said Jesuit Father Thomas Gaunt, executive director of the Center for Applied Research in the Apostolate at Georgetown University in Washington, which conducts the survey each year.

“Vietnamese, I don’t even think, is a percent of population, but they make up several percent (of new priests). The same thing with Nigerians, Colombians,” Father Gaunt added. “We’ve been looking at that question. The family dimensions that are essential in discerning vocations.”

It’s not as if foreign-born new priests are coming to the United States just to study for the priesthood, he said.

Most of the foreign-born ordinands “came here 11 years ago. The majority of them would have come before their seminary training,” Father Gaunt told Catholic News Service.

Still, about two-thirds of the ordination class of 2020 are white men of European ancestry, although the second-largest group is Hispanics, said Father Ballman, a priest of the Archdiocese of Atlanta. “One of the things that the National Advisory Council of the U.S. Conference of Catholic Bishops, and the bishops in general, have been interested in is that we provide everyone the opportunity,” he added.

“We’re building off the results of the V Encuentro process, just recognizing that the Latino Catholic population in the United States continues to grow. And still the majority of men who are in seminary and who are being ordained are white Caucasian. It’s just something we want to continue to look at. God calls, God is faithful in calling, but we want to be sure we are able to support that call.”

The 46-page report, released April 23, found a host of facts about the incoming group of priests.

Less than half reported having attended a Catholic school at any level prior to seminary, but their Catholic school attendance was five percentage points higher than the general Catholic population. Another 10 percent were home-schooled, an average of eight years each.

By the time they entered the seminary, 28 percent of them carried educational debt, which averaged $28,828.

Fifty-one percent participated in a parish youth group, the only church-affiliated activity drawing more than half of the ordinands. Next highest was 29 percent participating in Catholic campus ministry or Newman centers.

In a case of both-and, 89 percent report being encouraged to consider the priesthood by someone in their life, but 52 percent indicate that they were discouraged from pursuing the priesthood.

The stage of life when they remember first considering priesthood was elementary school, 36 percent, and college, 23 percent.

In this year’s group of priests, 84 percent will be ordained by age 40, almost evenly split between the under-30 cohort and the 31-40 age group. One-third of the new priests will serve in the Midwest.

A slight majority of 58 percent of diocesan seminarians reported having seen the DVD “Fishers of Men,” published by the USCCB, before entering the seminary, but two out of three men being ordained for religious orders did not see it.