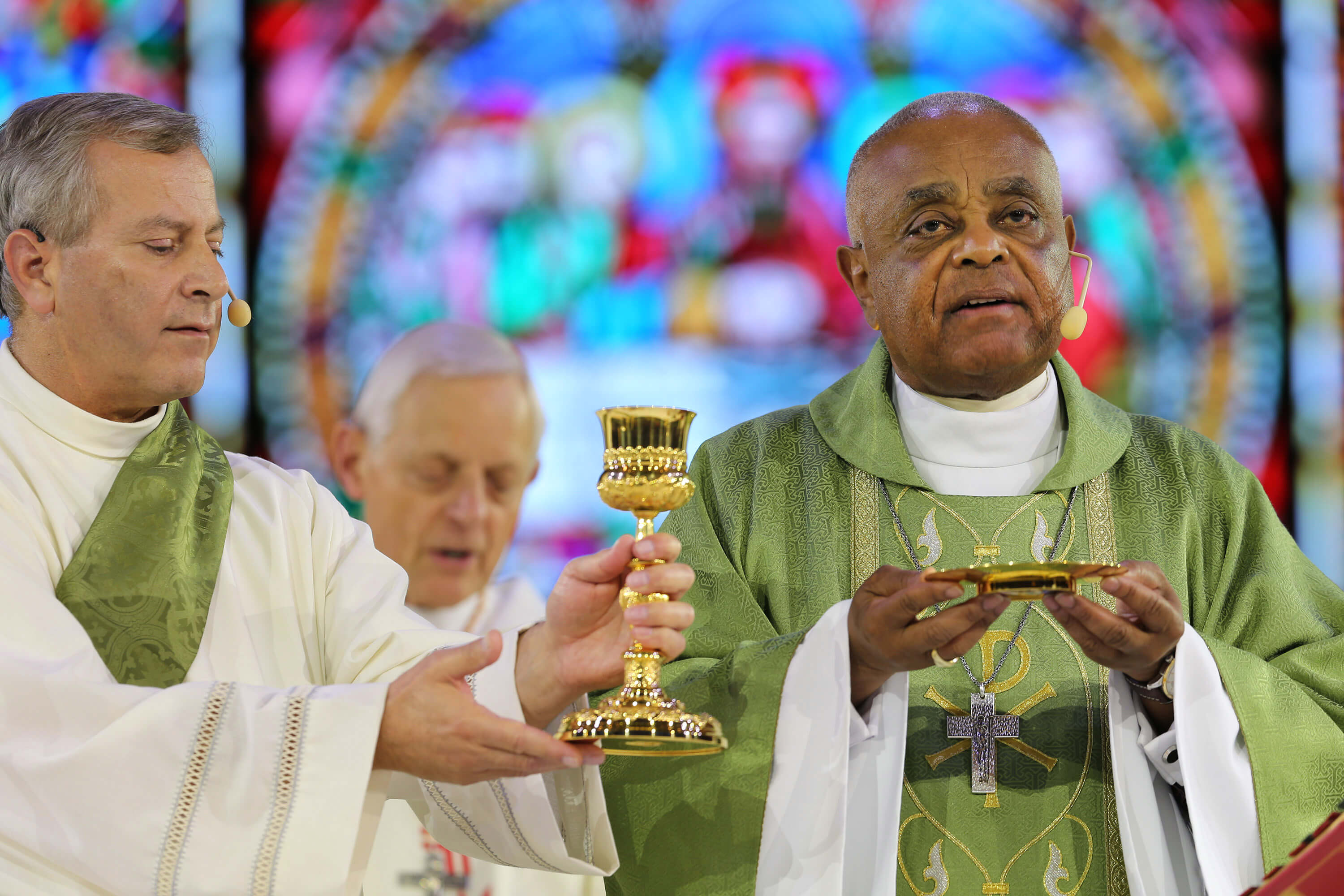 Pope Francis has named Archbishop Wilton D. Gregory of Atlanta as the new archbishop of Washington.

The appointment was announced April 4 in Washington by Archbishop Christophe Pierre, the Vatican nuncio to the United States.

Archbishop Gregory, 71, a former president of the U.S. Conference of Catholic Bishops who helped navigate the conference through the clergy sexual abuse crisis in 2002, is the first African American to be named to head the Washington Archdiocese.

He succeeds Cardinal Donald W. Wuerl, whose resignation was accepted by Pope Francis in October, nearly three years after he turned 75, the mandatory retirement age for bishops. Cardinal Wuerl continued as apostolic administrator until his successor was named. The cardinal headed the Washington Archdiocese from 2006 to 2018.

Archbishop Gregory will be installed as the seventh archbishop of Washington May 17.

“I am deeply grateful to Pope Francis for this appointment to serve the Archdiocese of Washington and to work with all of the members of this faith community,” Archbishop Gregory said. “I look forward to encountering and listening to the people of this local church as we address the issues that face us and continue to grow in the love of Christ that sustains us.”

“I join all who appreciate his pastoral abilities, his intellectual gifts and his leadership qualities,” he said in a statement. “I have known Archbishop Gregory for many years. In working with him on a range of pastoral initiatives and programs, I have come to recognize how generously he shares his talents and his love for the church.”

As the Washington Archdiocese “opens a new chapter and looks to the future,” Cardinal Wuerl added, “we can all, with great confidence and enthusiasm, welcome our new shepherd.”

Archbishop Gregory has served in Atlanta since 2005. He previously was bishop of Belleville, Illinois, for 11 years, beginning in 1994. He was named auxiliary bishop of Chicago in 1983. In the Archdiocese of Chicago, he served as associate pastor of Our Lady of Perpetual Help Parish in Glenview; a faculty member at St. Mary of the Lake Seminary in Mundelein; and as master of ceremonies for Cardinal John P. Cody and Cardinal Joseph L. Bernardin.

In moving to Washington, the archbishop steps into a high-profile position. The area that comprises the archdiocese includes the halls of power in Congress, the White House and the U.S. Supreme Court, the many embassies of governments from around the world, and nonprofit and lobbying organizations that advocate on a wide range of public policy issues. He also automatically becomes chancellor of The Catholic University of America’s board of trustees.

Archbishop Gregory comes to an archdiocese with a rich ethnic diversity that includes a vibrant Hispanic community of 270,000 and historic parishes that date to the 19th century serving 100,000 people of African and Caribbean descent. Overall, the archdiocese has nearly 659,000 Catholics throughout the District of Columbia and five Maryland counties.

The archbishop served as USCCB president from November 2001 until 2004, a period that was perhaps one of the most difficult in the conference’s history.

Under his leadership, the bishops adopted the “Charter for the Protection of Children and Young Adults” and essential norms for handling accusations of sexual abuse by priests or other church personnel; established a lay board to review how cases have been handled; commissioned an extensive analysis of the factors involved in the crisis and created a staff office to oversee those efforts.

A Chicago native, Archbishop Gregory was born Dec. 7, 1947. Though not raised as a Catholic, his parents enrolled him at St. Carthage Catholic School for the sixth grade. Within weeks he had decided he wanted to be a Catholic, and by the end of the school year he had been baptized, made his first Communion and been confirmed.

He graduated from Quigley Preparatory Seminary South, Niles College of Loyola University and St. Mary of the Lake Seminary. After his ordination in 1973, he obtained a doctorate in sacred liturgy from the Pontifical Liturgical Institute in Rome.

Since arriving in Atlanta, Archbishop Gregory has seen the archdiocese grow to about 1.2 million Catholics in the 69 counties it covers in northern and central Georgia. In addition, nine parishes were elevated and six missions established, 64 priests and 152 permanent deacons were ordained, nearly 150,000 infants, children and adults were baptized, and more than 16,000 people were brought into full communion with the church, according to the archdiocesan website.