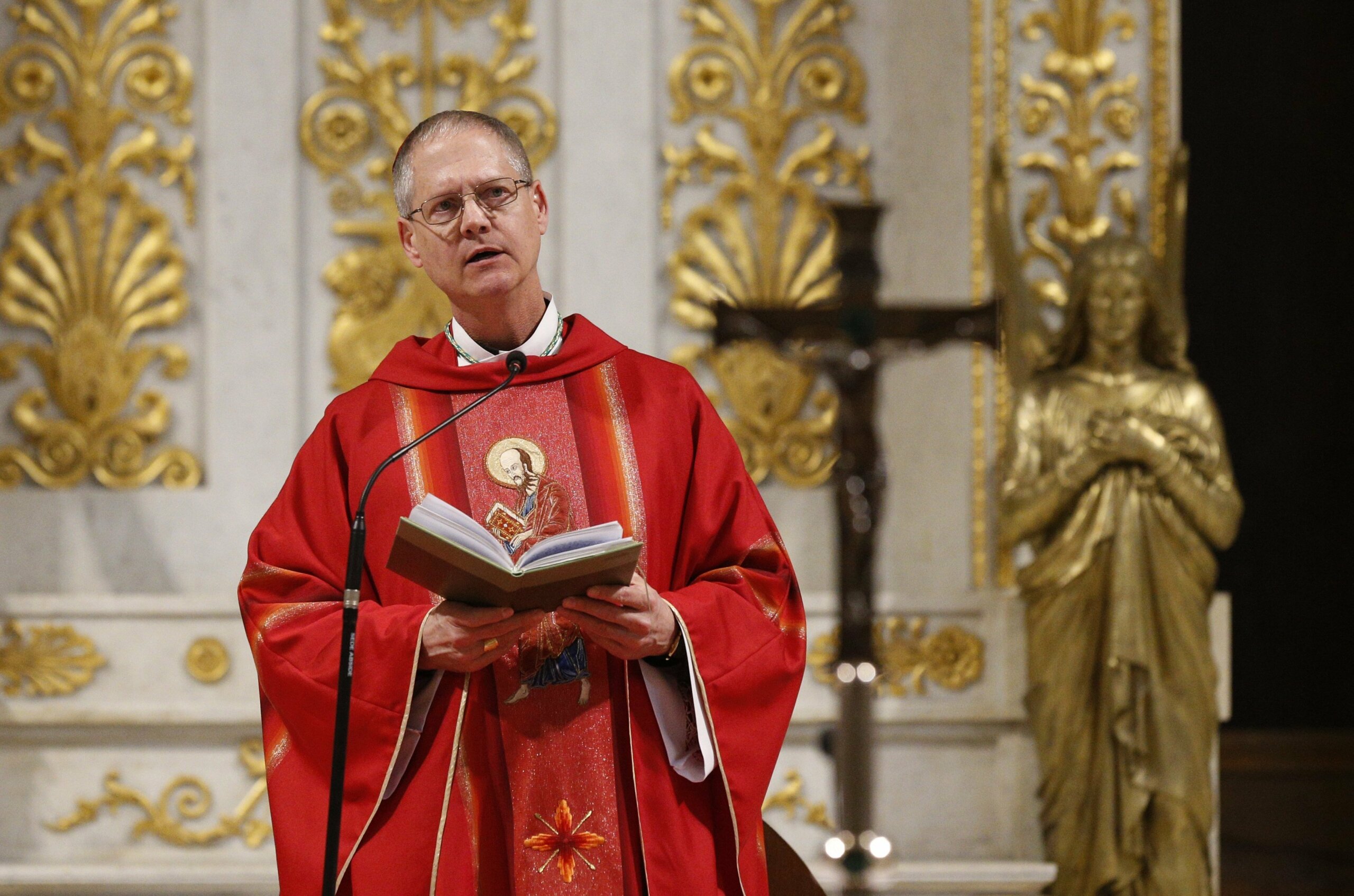 Photo Credit: CNS/Paul Haring - Archbishop Paul Etienne of Seattle gives the homily as he concelebrates Mass at the Basilica of St. Paul Outside the Walls in Rome Feb. 7, 2020.

Archbishop Etienne: Putin’s threats to use nuclear weapons ‘are of grave concern’

“Nearly every day, there is another development that increases international tensions,” he said in a post on his “Truth in Love” blog. “To reinforce what could happen, this October marks the 60th anniversary of the Cuban Missile Crisis when the world teetered on the brink of nuclear war.”

For the past several months, he said, he has prayed over the rising nuclear tensions, the risk to the people of western Washington and the region because of the country’s major nuclear arsenal located there, and the “significant damage done to humans and God’s creation” already done by the making of nuclear arms.

Archbishop Etienne urged the Catholic faithful to join him in taking action in three ways.

“First, let us intensify our prayer for peace. Pray for an immediate cease-fire in Ukraine and the renewal of progress toward the elimination of nuclear weapons,” he said.

“Second, let us keep educating ourselves on both the international situation and what the church and other religious leaders are saying about the nuclear peril,” he continued. “Third, join me in appealing for peace and nuclear disarmament with your family, friends, neighbors and elected officials.”

“We need to take immediate action to avert nuclear disaster. Each day runs a risk that nuclear weapons will be used, either by intent, miscalculation or accident,” the archbishops said.

The Puget Sound in the Pacific Northwest, the territory covered by the Seattle Archdiocese, has the biggest single concentration of nuclear warheads in the U.S., Archbishop Etienne noted, referring to Naval Base Kitsap/Bangor.

“Because Puget Sound could be on the front line in a nuclear war,” he said, “I feel an urgent obligation that we review our Catholic teaching on nuclear weapons and the need to sharply reduce these weapons of mass destruction until we can eliminate them.”

“Within Washington state, producing nuclear weapons contaminated the Hanford Nuclear Site and areas around two uranium mines near Spokane,” he said, giving an example of the harm that the manufacture of nuclear weapons has caused. “Thousands of workers and people living downwind of these contaminated sites were exposed to harmful levels of radiation.”

“God calls us to build a global community where the whole human family can flourish,” Archbishop Etienne said. “The current situation requires a prophetic stance. Pope Francis declared in Hiroshima in 2019: ‘The use of atomic energy for purposes of war is immoral, just as the possessing of nuclear weapons is immoral.'”

Archbishop Etienne said everyone should make the words of St. John Paul II at Hiroshima, Japan, “our own.”

During his Feb. 25, 1981, visit to the Peace Memorial in Hiroshima, the pope made a strong appeal for the abolition of nuclear weapons and an end to all wars.

The twin bombings led to an estimated 214,000 deaths and led to the end of the World War II.